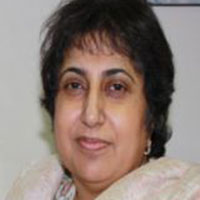 In this column Renu Singh, Country Director of Young Lives India, contends that multiple and overlapping barriers of poverty, gender, religion, caste and disability have to be overcome to ensure education for all.

As India prepares its New Education Policy (NEP) and simultaneously aims to achieve the Sustainable Development Goals (SDGs)1 , ensuring a level playing field by providing access to education to every child has become a policy imperative. Initiatives by the central government such as Sarva Shiksha Abhiyan2 (SSA), launched in 2000-01, and the Right to Education Act (RTE), 2009, ratified in April 2010, have contributed to the enrolment of almost 200 million children at the elementary level and 37 million children at secondary level in both government and private schools across the country. This has resulted in Gross Enrolment Ratio (GER)3 of 95.34 and Net Enrolment Ratio4 (NER) of 79.14 at the elementary level and GER of 76.64 and NER of 45.63 at the secondary level in 2013-14 (District Information System for Education (DISE), 2014).

While policymakers and other stakeholders will hope that we achieve SDG Goal 4 on education5 within the framework of the NEP, this will not be possible unless we reach out to the most socially and economically marginalised groups of children, including the ones belonging to Scheduled Castes (SCs), Scheduled Tribes (STs) and those with disabilities.

A recent study (UNICEF/UNESCO, 2014) revealed that there are approximately 11.9 million out-of-school children in India at the elementary and lower secondary levels, and school exclusion is considerably more prevalent among Muslims and among children from socially disadvantaged groups. Among religious minorities, Muslims have a comparatively high proportion of lower secondary age children excluded from school at 9.1%. Girls from STs of lower secondary age in rural areas were among the most excluded categories, with 11.4% of them not in school.

A nationwide survey of 99,226 households was conducted by the Social and Rural Research Institute - International Market Research Bureau (SRI-IMRB) in 2006 and 2009 for estimating out-of-school children in the age group 6-13 years. Based on the sample survey data, it was reported that out of an estimated 190 million children aged 6-13 years, 4.28% of children were out of school. The report also highlighted that children from Muslim, SC and ST communities constituted 67% of out-of-school children, although they are only 40% of the child population, indicating that they are the most excluded from education.

The survey found that 5.96% of SC children, 5.6% of ST children and 7.8% of Muslim children were out of school, in 2009. Children in rural areas remain more disadvantaged than those in urban areas. 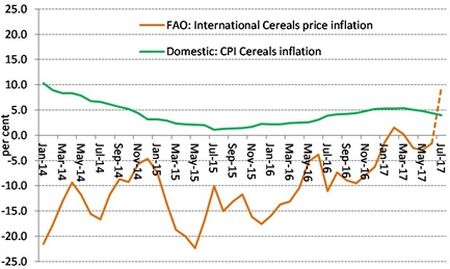 Between 2006 and 2009, the percentage of disabled children that were out of school fell from 38% to 34%. Among these, the proportion of out-of-school children was higher among children with intellectual disabilities (48%), speech impairments (36%) and multiple disabilities (59%).

Young Lives, a longitudinal6 research study on childhood poverty, has been following two cohorts of 3,000 children aged one year and eight years in erstwhile Andhra Pradesh (now Telangana and Andhra Pradesh) since 2002. Young Lives has been able to follow the educational trajectories of the older cohort (grade 8 children) through elementary and secondary schools. In 2013, the fourth round of survey was completed. In this round, the older cohort children were around 19 years old. Among the 952 children in the sample, 71.4% had progressed successfully through secondary education7.

A clear gender disparity was revealed since only 66% of girls successfully completed secondary education as against 77% of boys. Children in the SC/ST category were found to be less likely to complete secondary-level education - 66% and 69% respectively - relative to 80% of general category children. The urban–rural divide in India is evident from the analysis – 81% of urban children were reported to have successfully completed secondary education compared to 68% of rural children (Singh and Mukherjee 2015).

Though Young Lives has a very small sample of 14 for children among the older cohort with disabilities, it is found that there is a clear gender bias in favour of boys who were all successful in completing their secondary education, as compared to 42% of girls. Given that the sample size is very small and details of disability type are not available, the findings need to be interpreted cautiously.

Despite the tremendous expansion in school enrolment at the elementary and secondary levels, India continues to face a big challenge in providing access to and, more critically, retaining socially disadvantaged children in school, particularly girls and children in rural areas, and ensuring that they make a successful transition to secondary education.

Children from religious minorities, backward castes, rural areas and those with disabilities often face multiple deprivations due to systemic bottlenecks, opportunity costs, and socio-cultural prejudices. The overlapping barriers of poverty, gender, religion, caste and disability that prevent some children from going to school cannot be overcome by education sector reforms alone. The NEP must evaluate the impact of schemes such as use of residential schools and introduction of scholarships for STs and SCs as well as children with disabilities, and scale up successful models accordingly. Research on how and what kind of quality improvements in schooling impact enrolment, retention and learning achievements of disadvantaged groups must be given priority. Investment in capacity building of teachers to address needs of children from diverse backgrounds, and leadership development and mentoring of under-performing schools (in terms of number of children passing successfully through secondary education) that serve the most disadvantaged children must be given priority in the new policy. Education must be seen as a means to break the inter-generational cycle of exclusion.

As policymakers and other stakeholders put their heads together to develop a truly inclusive model of education, we need to examine why children from certain disadvantaged backgrounds continue to drop out of schools, consider upscaling the programmes that have worked well, and identify social security programmes to support children belonging to the poorest households to be retained in schools.