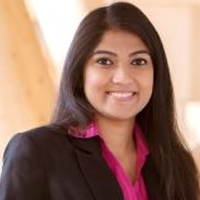 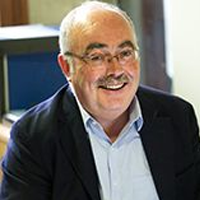 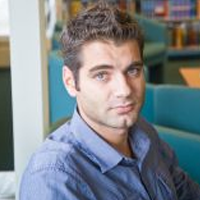 Since the 1997-98 Asian financial crisis, policymakers in Asia have initiated a series of reforms aimed at developing and strengthening the regional financial markets. This column provides new evidence on the response of corporate financial choices to the introduction of these policy initiatives, in terms of external finance access and investment.

The Asian bond markets are generally identified as underdeveloped and illiquid when compared with those of advanced industrial countries. Several developmental limitations such as capital controls, taxation, and restricted availability of hedging instruments have been cited in the literature that attempts to explain the deterioration of corporate bond markets in Asia.

However, since the 1997-98 Asian financial crisis, policymakers in Asia and the Pacific have initiated a series of reforms aimed at developing and strengthening the regional financial markets. After recovery from the Asian crisis, the need to develop sound and more liquid bond markets to avoid further capital account crises was realised, and regional governments started contributing towards this end.

The most prominent initiative of Asian Bond Funds (ABF and ABF-2) was undertaken in two waves in 2003 and 2005. The first phase of the initiative, namely ABF, was introduced in June 2003, and US$ 1 billion was fully invested in dollar- and local currency-denominated bonds in the Executive Meeting of East Asia and the Pacific (EMEAP) central bank economies. The second phase of this initiative, ABF-2, was launched in December 2004, and US$ 2 billion was invested in domestic bonds issued by sovereign and quasi-sovereign issuers in eight local currency markets of the regions where the eight EMEAP central banks operate. These markets include China, Hong Kong SAR, Indonesia, Korea, Malaysia, the Philippines, Singapore, and Thailand. The ABF-2 initiative was aimed at broadening investor participation and improving market infrastructure in order to expand the domestic bond markets.

There is confirmation that the extra-national initiatives stimulated expansion and liquidity in the Asian domestic bond markets by implementing several reforms such as liberalising foreign exchange administration rules, exempting withholding tax of non-resident investors, improving the regulatory framework, strengthening domestic market infrastructure, decreasing cross-border settlement risk, and creating transparent and credible bond indices (Packer and Remolona 2012). These regulatory reforms helped in promotion of domestic bond markets and their issuer base. The size of local currency bond markets, as a percentage of GDP (gross domestic product), experienced a sharp increase from 42.8% since the launch of the Asian Bond Markets Initiative (ABMI) in 2003 to 54.5% in the third quarter (Q3) of 2008 (Spiegel 2012). Further, Levinger et al. (2014) provide evidence that the corporate bond market capitalisation in Asia reached 24.2% of the region’s GDP by 2012, from 16.7% in 2008. In terms of value, the amount of corporate bonds outstanding has almost tripled since 2008, amounting to US$ 3.2 trillion by Q3 2013. These trends are also noted in Ayala et al. (2015), who argue that the strong policy change since the ABF is a legitimate explanation for the development of local markets in Asia.

In recent research, we provide new evidence on the response of corporate financial choices to the introduction of policy initiatives in Asia (Bose et al. 2017). More specifically, we ask whether these initiatives have led to better firm-level access to external finance, compared to firms that operate in an economy that did not participate in this policy intervention. We also consider whether the initiative helped firms finance their investments by increasing their access to external finance. In doing so, we investigate whether particular segments of firms have higher incentives to take advantage of these initiatives due to the degree to which they are limited in raising further finances internally or from other external sources. Comparing the issuance of long-term debt of participating firms in our sample with non-participating firms reveals a large gap between the two groups: US$ 66.89 billion for the former versus US$ 2.91 billion for the latter. Even when making a before-and-after comparison, we can see that the average long-term debt of participating firms increased from US$ 49.06 billion before the ABF to US$ 54.41 billion after the ABF.

In our research, we observe a unique policy experiment, namely the ABF initiative, which is used to identify the effects of the policy change on firms' composition of external finance. Our empirical work is based on an assessment of the policy initiative on firms' access to external finance using a panel of 7,436 Asian listed firms during 1996-2012. A difference-in-differences (DID) model helps to tease out the regional bond development and policy influences. In order to separate the effects of this regional development from the effect of regional policy initiatives, we refer to Taiwan as a ‘control’. Taiwan had similar development in its national bond market and is comparable to the other Asian economies, but it did not participate in the ABF, ABF-2, or ABMI initiatives.

We find two important results. Firstly, we analyse the role of the policy initiatives in the changing financial composition of firms’ balance sheets. We show that the debt structure responded significantly to the introduction of the ABF initiative. Specifically, we show that the introduction of the policy in the treated group led to a reduction in firms’ access to short-term debt by 4.87% and an increase in firms’ uptake of long-term debt by 11.96%. This finding suggests that firms issued long-term debt that they would not have done in the absence of the policy change. Our findings concur with evidence presented in Mizen and Tsoukas (2014) which shows that the policy initiatives of ABF, ABF-2, and ABMI had a significant effect on a firm’s decision of bond issuance.

Moreover, we explore how the interplay between changes in financial health based on profitability and coverage ratio and the introduction of policy initiatives affects the choice of external finance. We find that constrained firms remain unaffected by the policy change. On the other hand, greater long-term debt and less short-term debt were obtained by unconstrained firms after the policy initiative. This result is due to the fact that financially constrained firms typically face higher agency costs of borrowing from financial markets and are less likely to have access to external finance (Bernanke and Gertler 1995).

Secondly, as far as we know, we provide the first systematic analysis of how the policy intervention by Asian regional governments has impacted firms’ investment spending. We find that as firms’ access to short-term debt over total debt was reduced after the policy implementation, firms reduced their investment spending. On the contrary, firms’ enhanced access to long-term debt after the policy intervention helped them to channel a larger share of long-term debt on their investment outlay. Consistent with our findings, Levinger et al. (2014) show that the strong growth in Asia’s corporate bond markets has made funds available for investment and expansion in recent years, along with deepening of capital markets and diversification of financing sources.

These results, which are robust to different estimation methods and many specifications and controls, have important implications for national governments that shape the policies that alter the attractiveness of the different markets. We argue that the ABF-2 initiative, which aimed to encourage the growth of the Asian bond market, was successful in contributing to its goals. Therefore, the initiative should remain an important policy goal for Asian governments in order to positively influence the region’s economic performance. In addition, Latin American economies should cautiously consider similar projects, as they are seeking to develop their local markets.