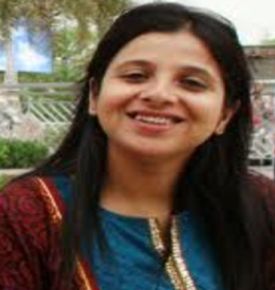 India accounts for more than 3 out of every 10 stunted children in the world, and the largest number of babies born with low birth weight per year.In this post, Shweta Khandelwal contends that India has not been able to make strides in its fight against malnutrition primarily because it considers nutrition a problem of food alone, and explains why this thinking is flawed.

Aspirations to contribute as a leader in the world’s economy will need profound attention to the health and nutritional status of our masses especially in their early life, often referred to as the 1,000-day period (nine months of gestation plus two years postpartum).

Shedding light on some of the recent statistics on public health and nutrition (PHN) –90%of the developing world’s chronically undernourished (stunted) children live in Asia and Africa. India alone accounts for more than 3 out of every 10 stunted children in the world. Also, the largest number of babies with low birth weight per year (about 7.4 million)are born in India. Of the ones who manage to survive this disadvantaged birth to begin with, to make matters worse, only 25% of Indian newborns are placed to the breast within one hour of birth. While WHO (World Health Organization) and all other UN (United Nations) bodies advocate for exclusive breastfeeding until six months of age, less than half of children (46%) receive that in India.

Chronic or non-communicable diseases (NCDs),such as,cardiovascular diseases, cancers, chronic respiratory diseases, and diabetes are not only rapidly rising;they are a major cause of premature deaths and lost productivity in India. Although morbidity and mortality from NCDs mainly occur in adulthood, exposure to risk factors (poor diet, low physical activity, tobacco, alcohol consumption) begins in early life. David Barker’s group from University of Southampton was the first to demonstrate linkages between poor nutrition during first 1,000 days and early onset of NCDs in adult life (Krishnaveni and Srinivasan 2019, Krishnaveni and Yajnik 2017, Fall and Kumaran 2019). This was later confirmed in many cohorts across the developing countries including India (Sinha et al. 2017, Fall 2013).

Young environment activist Greta Thunberg said, “Act as if your house was on fire”. We implore you to exercise this urgency for public health and nutrition too. Many of you will find this overwhelming because the fire (damage) is undetected, subtle or even invisible to many,resources to fight it are limited, and understanding on how to douse the fire (strategies for prevention/management) is not straightforward.

Food alone will not solve the problem of malnutrition

Poshan Abhiyaan was launched by Prime Minister Modi in 2018 to help unify and consolidate action on tackling malnutrition using multi-sectoral approach. While this initiative’s vision is lauded, it may be fraught with several operational challenges which could limit its outreach and success. In order to successfully realise the objectives of Poshan Abhiyaan for each and every citizen of our country, it is important that it gains visibility and acknowledgment from all cross-cutting sectors. We have not been able to make strides in our fight against malnutrition primarily because we considernutrition as a ‘food-alone’ problem. Why this thinking process is flawed is because of the following 6Cs: