In lieu of the Planning Commission: Part II 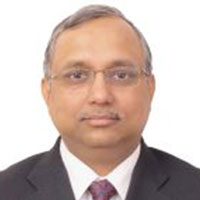 In this post, Chandrajit Banerjee - Director General, Confederation of Indian Industry (CII) - provides his perspective on some of the issues involved in replacing the Planning Commission. In his view, Five Year Plans can be dispensed with, while the function of fund allocation across levels of government and ministries can be undertaken by the Ministry of Finance. He suggests having a group of private sector advisors that can provide feedback to the new body.

The concept of a Five Year Plan is becoming obsolete, given that the State is now less involved in economic activities and it is difficult to achieve targets set five years in advance. At the same time, there is a need for formulating a strategic vision for the direction in which the country needs to move. In view of this, I believe function (a) can be dispensed with. Others need to continue but may or may not be performed by the new institution.

Function (b) that pertains to allocation of funds can be performed by the Finance Ministry, which is already responsible for allocating the bulk of funds. Other functions can be subsumed by the new institution.

Q. Are there other (new) functions that should be performed by the new institution? Please specify with reasons.

The new institution can broadly perform the following functions:

The new institution should be under the Prime Minister’s Office (PMO) so that it is empowered to implement its decisions. It should have clear objectives such as employment creation, investment generation and social development, which should be monitored on a regular basis.

Q. What should be the composition and staffing of the new institution?

The organisation can be composed of two kinds of staff:

Finally, there should a group of private sector advisors who will then give feedback to the experts on how the system is working at the ground level and whether the desired changes have been achieved.