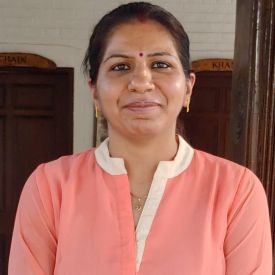 The Constitution (103rd Amendment) Act, 2019, provides for 10% reservation for the economically weaker sections (EWS) in higher educational institutions within the general category. In this post, Devika Malhotra Sharma argues that the reservation would adversely affect all the other oppressed categories by shrinking the competitive pool of seats accessible to them. Further, it does not seem justifiable as candidates from EWS are already well-represented in higher educational institutions.

With the passage of the 103rd Constitutional Amendment Act, 2019, 10% of all government jobs and seats in higher educational institutions in India will now be reserved for the Economically Weaker Sections (EWS) within the general category. While some are hailing the move as a landmark one to improve the access to higher education and job opportunities in the government, others are viewing it as a political gimmick. Twenty five percent seats will have to be increased in higher educational institutions to provide for the 10% reservation.

This applies to higher educational institutions – whether aided or unaided by the State – other than minority institutions referred to in the Article 30 of the Constitution. It also applies to public employment and recruitment against teaching and non-teaching positions in government universities and colleges. The Act has amended Articles 15 and 16 of the Constitution, by adding clause 6,which allows states to make special provision for the advancement of any EWS of general category.

EWS do not constitute a homogeneous class and hence an identifiable group making them eligible for reservation. Ranging from the unemployed to those who are below the poverty line and have a family income of less than Rs. 800,000 a year - will all be considered EWS.

The reservation will be in addition to the existing 50% reservation in favour of the Scheduled Castes (SCs), Scheduled Tribes (STs), and Other Backward Classes (OBCs), and will take the total reservation to 60%. The Amendment has crossed the 50% Lakshman Rekha (upper bound) for reservations in India laid down by the Supreme Court in the Indra Sawhney vs. Union of India case (1992), in providing 10% reservation to the EWS, and suffers from several legal lacunae that pose a threat to the basic structure of our Constitution.

The legal loopholes in the amendment relate to two points: The apex court has repeatedly stated that economic criterion cannot be the sole ground for reservation, and that it only provides a greater access to the under-represented classes and is not a poverty eradication programme. However, such Supreme Court decisions stand questioned by the 103rd Constitutional Amendment, which provides validity to the economic criterion. Also, the Supreme Court has consistently said that reservation should not nullify the fundamental right to equality. Therefore, the total reservations should not exceed 50%. However, this 50% rule has also been made ineffective by the 103rd Constitutional Amendment. A Constitutional amendment too can be struck down by the Supreme Court if it has an effect of destroying the ‘basic structure’ of the Constitution, which includes features like democracy, equality, secularism, etc.

A common feature that forms the basis of reservation for SCs, STs, and OBCs under Article 46 of the Constitution is ‘social injustice and backwardness'.  Since this is not a predominant element in the case of EWS, where poverty is the sole basis for grant of reservation, it does not meet the test of Article 46.

The Supreme Court has repeatedly held that the main reason for making reservation in admission to educational institutions under Articles 15(4) and 15(5) must be that a class, apart from being “socially backward”, must be “educationally backward”. Similarly, the compelling reason for making reservation in public employment under Articles 16(4) and 16(4A), must be that the class, apart from being “backward”, is “not adequately represented in the services under the State.”

Further, the 103rd Constitutional Amendment violates the 50% ceiling for total reservations in India laid down by the Supreme Court in the Indra Sawhney vs. Union of India case (1992). Hitherto, this was the main judicial argument behind rejecting the demand for greater reservation from various pressure groups.

How will the EWS reservation affect the backward castes?

Irrespective of one’s category, the reservation for EWS would affect the seat share accessible to all the categories except the EWS. Even though the government has stated that the EWS quota does not tamper with the existing quotas for SCs, STs and OBCs, the merit quota has shrunk. This is because the EWS quota is carved out of the existing merit quota.

The general category or unreserved seats are not reserved for the forward castes but are open to all. Even the reserved castes have a right to compete for seats and posts under unreserved 50.5%. According to social justice expert and former Secretary to the Government of India, P.S. Krishnan, “The forward castes are able to get almost all of those open seats, but something goes also to the oppressed castes, and gradually as there is educational progress among them, they will be able to get a larger share of the 50.5%. Now that has been reduced to 40.5%, so that right of the SCs, STs and OBCs will be affected.”

Seats reserved for SCs, STs, and OBCs mostly get filled in higher educational institutions, thus, giving rise to the prospect of SCs, STs, and OBCs competing for open slots. To quote Professor Satish Deshpande of the Delhi School of Economics, “The ‘affluent upper castes’ continue to dominate the general category but increasingly students eligible for the reserved categories are picking up the more competitive general category seats”. However, the unreserved seat share has come down due to the implementation of the EWS quota.

In fact, the reservation for EWS is being seen as a dilution of caste-based reservations, and the beginning of the end of the original rationale of granting reservation as an affirmative action against the oppressive caste system and untouchability.The economic criterion is being given validity as the sole criterion for the provision of reservation. The Constitution envisaged reservation as an instrument of removing the imbalance that was created by the exclusion of the SCs,STs, and OBCs in administration, governance, and access to education by the caste system. Poverty, economic weakness, and unemployment were not perceived as considerations in this context.

According to the data presented by the Ministry for Human Resource Development in the Parliament, of the total faculty positions lying vacant, 53.86% are that of professors, 45.34% are of associate professors, and 21.87% are of assistant professors. In the given scenario with one-third of all teaching posts lying vacant and additional seats having been sanctioned for EWS students without a simultaneous corresponding increase in the teaching positions, the result would be an overburdening of the existing faculty.

As per a norm prescribed by the University Grants Commission (UGC, it is mandatory at the post-graduate level for universities to have at least one teacher for 10 students for the science stream and media and mass communication studies, and one teacher for every 15 students for the social sciences and commerce streams. At the undergraduate level, it prescribes a teacher-student ratio of 1:25 for the science stream and 1:30 for social sciences. Adding 25% more students to the existing system would require a similar increase in the number of teachers.

Implementing this scheme would entail huge expenditure. It is not certain whether this money will be allocated as a grant in one go or will be given over a period of time to higher educational institutions by the government. The universities are also not clear about whether they will have to take money from the Higher Education Financing Agency (HEFA) as a loan, thereby creating an additional liability on them or not.

There are other bottlenecks concerning infrastructure. Most of the central universities announced in the past decade are yet to put all their infrastructure in place.

Beneficiaries of the reservation for EWS among students have had to struggle to secure income certificates from district authorities, which serve as a proof for availing the quota benefit.

The 103rd Constitutional Amendment Act, 2019 seems to be a carefully crafted policy aimed at gaining maximum political mileage during the 2019 general elections, and which has brought gains to the BharatiyaJ anata Party. Constitutionally and legally, it does not seem tenable as it violates the basic structure of the Constitution; how the Supreme Court responds to it is a different question.

As far as identification of beneficiaries of the new quota is concerned, the criteria is arbitrary as it would exclude almost nobody, given the high income cut-off. It adversely affects all the categories except the EWS by shrinking the competitive pool accessible to them. Empirically, it does not seem justifiable as candidates from EWS are already well represented in higher educational institutions.

Our higher education sector is already under pressure, do we need to add to the burden? Is it high time now that the Indian political class overcame its tendency of continually expanding the scope of reservation in pursuit of electoral gains, and realised that it is not the panacea for problems like poverty that require appropriate policy interventions rather than reservation. It is this political tendency that Dr. B.R. Ambedkar cautioned against. It would defeat the original purpose of granting reservation as envisaged by the founding fathers of our constitution, that of correcting the adverse effects of the oppressive caste system.

A person with 8 lakhs per annum, 5 acres of land , with their bank balance more than 1c (Thats not even considered.) and staying in a 1 bhk flat is considered economically weaker section. But a person with less than 2 lakh per annum salary, less than 5 acres land , no income , no bank balance but a 100 year old house in a village which is more than 4 cent land is considered economically stronger? What difference does it make if the plot you have with no agriculture or income next to your house, and if its residential you are not eligible. This has to be clear. If the agricultural land a person owns is his residential plot, how can it be denied? This is seriously a criteria that has to be changed if we give any value to this reservation system,rather than putting up for the name sake. Thank you

I agree with your thoughts... very well explained in comprehensive. You can also visit my site which too related to education only. ifollowedudel.com\r\n\r\n\r\n