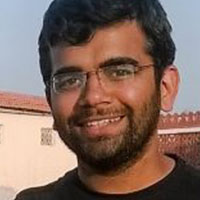 While the emphasis on neighbourhood schooling in India’s education policy over the past 15 years has increased enrolment, it has also contributed to a proliferation of poor quality, small schools. To address this, the state government of Himachal Pradesh has announced its intent to consolidate existing schools. In this article, Shrikant Wad discusses the issue and recommends measures that would enable the consolidation policy to achieve quality along with inclusion.

Citing the 2nd rank of the State in literacy, the Chief Minister of Himachal Pradesh announced a shift in the focus of schooling policy from access to quality. In the past year, the state government rejected all 98 proposals for new schools and approved only 9 out of 77 proposals to upgrade existing schools. The next step towards the goal of improving quality is school consolidation, as the State boasts of 17,956 schools for just 10,121 villages1. Schools are predominantly small, government-run, and located in rural areas.

The State stands as a unique example of success in India for its high literacy rate (82.80%, Census 2011) and access to elementary education. The Gross Enrolment Ratio (GER)2 - for both boys and girls, across rural and urban areas - is consistently above 100. The credit goes to its favourable social conditioning, state government initiative, and a strong tradition of civic cooperation (PROBE team, 1998). There is also less gender bias and social discrimination in enrolments.

The quality of primary education is low and has been on the decline in the past four years. Only 15.5% students in grade I can read the text at their level, while more than 26% of all students in grades I-VIII cannot read even the grade I text.

It must be noted that the poor quality of education is not due to inadequate physical infrastructure, which has received priority in the State’s policy and in Sarva Shiksha Abhiyan (SSA)4 expenditure. About 78% of classrooms are in good condition. Number of schools with basic infrastructure rose from 74.8% to 79.3% in past three years. The root of the problem lies elsewhere - in the lack of adequate number of good teachers.

Although the State reports better Pupil-Teacher Ratio (PTR) than the threshold of 30:1 mandated by the Right To Education (RTE) Act, it is not a result of better teacher availability, rather that of poor enrolment per school. The average PTR is 10, while that for primary/upper primary school is below 17. This is caused by small schools. Over 90% of schools in Himachal have enrolment below 100. The proportion of schools with enrolment less than 60 is 65% and increasing. A similar proportion of schools suffer from multi-grade teaching. The problem of small schools is endemic to Himachal with average enrolment for a school being as low as 53, and just 32 for primary schools.

The quality of regular teachers and proliferation of contract teachers are equally problematic. About 30% of teachers do not hold graduate degrees. Only 30% of male and 20% of female teachers have received formal training. More than 31% of teachers are on contract. However, only 15% of these lack graduate qualifications against 30% overall, meaning that qualified teachers have not been adequately recruited and regularised.

Empirical research (Kochar 2008) on schooling inputs and outcomes informs that school location policies can affect teacher availability and hence, quality. Extraordinarily small schools correspond to low teacher availability and poor enrolment. Large habitations often benefit from greater teacher availability, better enrolment, and hence, better quality. The importance of teacher strength for schooling quality suggests that a policy which consolidates schools in small habitations such that there is one school in each village is likely to improve schooling attainment, since it would enable an optimal number of teachers in each school.

Out of 17,956 schools in total, 17,206 schools are in rural areas. There are 11,340 schools that impart only primary education, of which 98% are in rural areas. Although there is rapid increase in private school enrolment, only 2,599 schools are privately managed; just 24% of such schools being primary. Clearly, the primary-government-rural school has the maximum reach and forms the highest priority for the State’s policy. The shift in policy priority from access to quality should begin with these schools.

Rudimentary analysis reveals that two consolidated schools can be formed out of three small schools in vicinity, provided other considerations are met. Except for the rural and tribal schools in remote areas and the 13 Ashram schools in rural Himachal Pradesh, almost all the rural government-run schools show potential for consolidation. There are 11,670 schools that have enrolment below 60 and may be considered for consolidation. Specific numbers may be drawn based on deeper analysis at village and habitation level.

Given the hilly regions of Himachal Pradesh, access and increased cost pose challenges to consolidation policy. Following the State’s RTE rules, primary schools have been provided within 1.5 km walking distance from residential areas. The limit is as low as 3 km for upper primary. Nonetheless, the State RTE rules do allow for a distant school, if free school bus or similar transportation is provided to students. Additionally, the policy for consolidation would require similar assistance to be extended to parents and teachers, as they need to work with School Management Committees (SMC). Studies such as Kremer et al. (2004), have reported reduced teacher absenteeism for schools that are generally close to the main road.

Qualitative studies like that of PROBE (1998) have indicated that the people of Himachal Pradesh regard primary education as highly important. Parents are motivated and there is social consensus for enrolment, as they encourage their children as well as those of others to go to school. Hence, it may be assumed that enrolments will not fall, provided free transportation is given as per the State’s RTE rules. Consolidation, thus, may call for high initial costs, but better results in the future.

It must be noted that consolidation has to be accompanied by provision of adequate number of good teachers. It is established that the quality of teaching-learning, rather than physical presence of schools explains enrolment differences (Filmer and Pritchett 1998). Better outcomes won’t be attained if teacher availability and quality in the new schools continue to be poor.

I recommend5 that the practice of consolidation be first attempted in two districts: Kinnaur and Lahul & Spiti. They are critically important for the issues of poor quality and spread of small schools. Most of the State’s schools with enrolment below 50 are located here. All of them are rural. They have received average grant for teaching-learning. Kinnaur and Lahul & Spiti are economically backward. The density of population is less than 10 per square km. Also, the number of residential and commercial establishments is minimal.

There are three primary advantages of running the first consolidation programme in these districts. Firstly, being the critical cases, they can inform policy for other regions. Secondly, the effects on access can be critically observed in these districts, as they are sparsely populated. Thirdly, the consolidation programme - which is supposed to bring better public transport, better teachers, and better schools - will contribute to the overall socioeconomic development of these underprivileged districts, thus maximising the utilisation of expenditure. In addition, this selection is guarded against the adverse effects of social segregation in schooling access, as both districts are largely homogenous regions with prominence of Buddhist religion.

Targeting the initiation of consolidation programme in 2018-19, the state government may take three steps now. These steps can help the policymakers to identify the right schools for consolidation, to estimate fixed and recurring costs, and to equip the State machinery with adequate number of good teachers for best results.

Firstly, the government should engage all the SMCs in discussion on consolidation. In addition to the feedback and consent from these SMCs, following criteria should be applied before selecting any two schools for consolidation:

After selecting the schools to be upgraded, three measures should be taken immediately:

A well-written piece giving insights about the state of education in Himachal Pradesh.