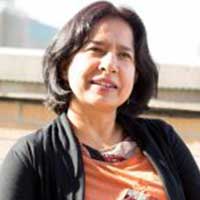 India’s older population aged 60 or above, is the second largest in the world. This column analyses the effects of India’s National Old Age Pension Scheme on the wellbeing of the elderly. It recommends that the Indian government should increase the pension amount to lower the risk of poverty among the elderly, and work to expand inclusion of the most vulnerable groups.

“Old age ain’t no place for sissies” is how Hollywood actress Bette Davis summarised the challenges of aging. The aging of the world population is a manifestation of mankind’s victory over disease and hunger. Alas, no one is celebrating! Why? Because the demographic shifts caused by the aging of the world population has created at least two formidable challenges. The first concerns the wellbeing of older people. The primary issue is: how to provide older people with a life of dignity and care when they do not have the ability to live independently, when they have no earnings or savings, and they need caring and healthcare. The second is to minimise the costs of the aging society on younger generations. Most countries are either struggling with these challenges or will soon do so. 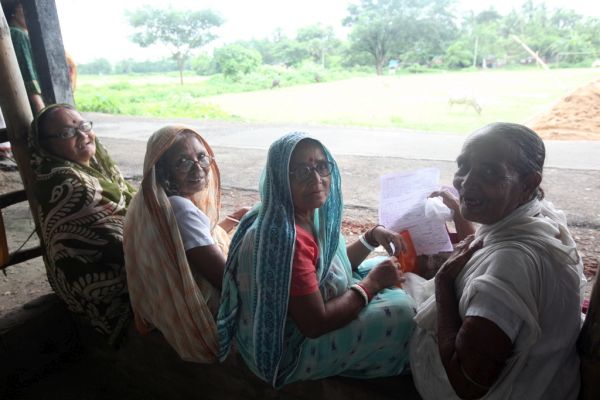 Population aging has been going on in industrialised countries for several decades. The phenomenon has been relatively gradual, leaving rich countries with sufficient time to create institutions such as social security and universal health insurance for the elderly. In developing countries, aging is a more recent phenomenon that has outpaced the rise in older population in the rich world. Developing countries thus have less time to prepare and adjust to the consequences of aging than did industrialised countries. Development programmes in low- and medium-income countries mostly focus on non-elderly populations and programmes for the elderly poor, where they exist, are often meager and deficient.

The elderly in India

Take the case of India. India’s older population aged 60 or above - 100 million as of 2011 - is the second largest in the world. A vast majority of Indians – about 93% of the nation’s workforce - work in the informal sector. They receive low wages with meager or no benefits. Workers in the informal sector do not receive pension and there is no mandatory retirement. In the absence of adequate savings and pension, most people in the informal sector work past the conventional retirement age. In 2007-08, for instance, 56% of men aged 65-74, and 21% of men aged 75 or above, with a primary or lower level of education, worked for a living (National Sample Survey (NSS)). For those who cannot work or are engaged in unpaid domestic chores, the extended joint family system is the only economic support. But that shield of protection – the joint family system – is slowly getting corroded due to social and economic changes including urbanisation and migration of non-elderly adults, leaving many older people with no family support.

In 1995, the Government of India launched the National Old Age Pension Scheme (NOAPS), a modest pension programme for the older poor, aged 65 or above, with no regular income or family support. In 2006, NOAPS was expanded to cover all elderly persons in households with incomes below the federal poverty line and the pension amount was raised to Rs. 200 (US$22 in 2006 Purchasing power parity (PPP)) from Rs. 75 (US$8 in 2006 PPP). “An insult to the dignity” of the elderly is how Jairam Ramesh, former Union Minister for Rural Development, described the monthly pension provided under this programme. In 2012, a Planning Commission taskforce recommended that the pension amount be increased to Rs. 300 (US$33 in 2006 PPP). Former Prime Minister Dr. Manmohan Singh accepted the recommendation but did not act on it. His government did however adorn the scheme with a new name by prefixing Indira Gandhi to the older one. The elderly would have preferred a higher pension, instead.

One concern about creating a generous and non-contributory pension system is that it would cause non-elderly adults to abdicate their responsibility towards older family members. Economists who have studied this issue have found that in developing countries a dollar in public transfers is associated with a 20 to 39 cents reduction in private transfers from children living away from home (Cox and Jakubson 1995, Ward-Batts 2000, Biddlecom et al. 2001, Biddlecom et al. 2001, Fan 2010). These studies, however, only capture how pension affects transfers from children or other family members to the elderly, but not how pension to the elderly in turn impacts the lives of other family members. In a study of the South African Pension Program, Ardington, Case and Hogegood (2009) found that public pension lowered credit and childcare constraints of families with elderly members and allowed prime-aged adults to migrate for work. Duflo (2003) found the effect of pension to flow from grandmothers to granddaughters: pension received by women improved the weight and height of their granddaughters. These studies show that public pension has inter-generational payoffs.

A second concern with creating a generous pension programme is that it might encourage early retirement. Indeed, several previous studies on retirement behaviour in rich as well as developing countries have found that to be the case (Gruber and Wise 2004, de Carvalho Filho 2008, Bloom et al. 2007).

In a recent study, I investigate the effects of the Indira Gandhi National Old Age Pension Scheme (IGNOAPS) on elderly employment and consumption pattern using two rounds of the NSS: the 61st round conducted in 2004-05 and the 64th round conducted in 2007-08. These surveys were conducted a year before and a year after the 2006 increase in federal and state pensions under NOAPS. Each round is a nationally representative survey of over half a million persons or about 125,000 households (Kaushal 2013).

I find that the pension programme lowered poverty in families with an elderly person. I also find that most of the increase in income from pension was used to increase expenditure on education and health care, suggesting that apart from improving elderly wellbeing, the pension scheme may have led to inter-generational payoffs in so far as it increased expenditure on the health and education of younger family members. I also find that illiterate older persons were more likely to be left out of pension coverage suggesting that more attention needs to be paid to improve coverage of this highly vulnerable group for the pension programme to make an effective dent on poverty among the elderly.

I also investigate the effect of public pension on the probability of being currently employed among individuals aged 55 to 70. I find the employment effects of the pension programme to be modest and much less than what have been observed in studies of most high- and middle-income countries. One possibility is that the pension amount under IGNOAPS is too low to induce large-scale retirement. My back-of-the-envelope calculation suggests that the pension amount should be at least Rs. 1000 (US$111 in PPP), more than three times the national average (combined federal plus state pension amount) in 2007-08, for the programme to cause retirement effects comparable to those observed in rich countries.

The findings of this research suggest that the Indian government should increase the pension amount to lower the risk of poverty among the elderly and rationalise and simplify the procedures for obtaining pension to minimise exclusion of the most vulnerable groups.

The Planning Commission taskforce made two additional recommendations: universalise public pension and lower the pension eligibility age to 50 years for women and 55 years for men. Universalising pension will reduce administrative discretion, which is often the primary cause of excluding vulnerable populations. It will also improve political support for public pension. The government should accept this suggestion. The suggestion of lowering retirement age is misguided and should be dismissed. In India, life expectancy has been increasing and gradually approaching the life expectancy in other middle- and high-income countries. Lowering pension eligibility age will make public pension unsustainable in the long run as aging population rises and the years for which they will receive pension increase. The average retirement age in OECD countries is 62.5 years and is projected to increase over the next decade. There is no reason why India should have a retirement age that’s approximately 10 years less than the retirement age in Europe.

The national pension scheme is contribution retirement savings scheme designed to enable the subscribers to make optimum decisions regarding their future through systematic savings during their working life.