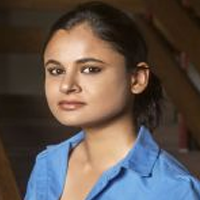 On 22 September 2017, the RBI notified that rupee-denominated offshore bonds – popularly known as ‘masala bonds’ – will no longer form part of the limit for investment in corporate bonds by foreign portfolio investors. In this article, Radhika Pandey contends that while this is a step in the right direction, more needs to be done to complete the reform to simplify and rationalise the current regulatory framework.

This year, surging foreign investment in rupee-denominated debt reflected an increasing international interest in the instrument. This was a welcome development for India. While the literature (Bank for International Settlements, 2007) highlights the hazards emanating from excessive reliance on foreign currency borrowing, history shows us the systemic risks resulting from them, as seen in the 1994 Mexican crisis and the East Asian crisis in 1997-98. Recognising this, the Reserve Bank of India (RBI) has been reforming its framework to facilitate foreign investment in rupee-denominated debt for the last couple of years. The latest amendment to this framework, notified as recently as September this year, is particularly timely as recent data suggest not only that rupee-denominated debt issuance is increasing, but that the corresponding foreign currency debt has substantially declined. 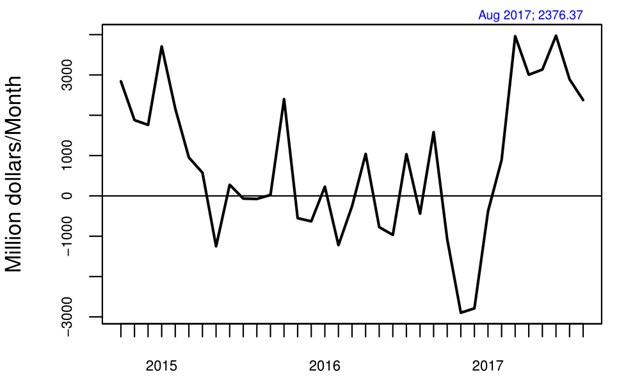 Recent amendment to the current framework

The clear distinction between onshore and offshore frameworks was, until September’s announcement, complicated by the fact that the quantitative cap of US$51 billion was applicable to the total of all (onshore) FPI and (offshore) bond component of rupee-denominated debt, that is, the masala bonds. In the 22 September notification, which came in as the onshore FPI investments approached the US$51 billion quantitative limit, RBI tweaked the framework so that masala bonds no longer form part of this limit (RBI, 2017a).

The purported benefits of the announced changes are:

Completing the reform: Next steps

While removing offshore masala bonds from the onshore limit is a step in the right direction, more is needed to complete this reform, as:

Drawing on expert committee recommendations and recent changes in similarly placed instruments, the following three steps can constitute a plausible approach for rationalising the foreign investment framework in the bond market.

Moving towards a percentage-based limit

While the recent notification releases masala bonds from the US$51 billion cap, FPI remains subject to this quantitative restriction. Further, when foreign investments approach the stipulated limit, the regulator suspends further foreign participation, jeopardising numerous planned company deals. A simple trade policy perspective on capital controls shows us that quantitative restrictions are the most distortionary kind of restrictions (World Trade Organization (WTO), 1998). Under these restrictions, foreign participation cannot increase beyond the finite cap, unlike with percentage-based limits where foreign participation can vary over time. Quantitative restrictions therefore limit foreign market penetration and insulate the domestic market from international developments. Literature on the design of capital controls also findsm blanket prohibition in the form of quantitative cap to be highly distortionary, and that a conducive environment for facilitating foreign investment in onshore financial markets will foster domestic market development as opposed to investment by foreigners in offshore issuance (International Monetary Fund (IMF), 2000). (See Patnaik et al. (2013) for the conceptual argument in favour of this.)

Since their inception, the framework governing masala bonds has endeavoured to align itself with that governing both offshore loans under the ECB framework as well as FPI investments in onshore issuance (as highlighted in Table 1). Since the September amendment, masala bonds come exclusively under ECB and have no association with the FPI restrictions. While positive, this arrangement could benefit from further streamlining between offshore bonds and loans, especially as recent data suggest that rupee-denominated masala bonds issuance is increasing while ECB denominated in foreign currency has substantially declined.

From the issuer's perspective, the nature of transaction when issuing rupee-denominated bonds is the same as that for loans. While norms governing minimum maturity and amount have been harmonised across bonds and loans, the regulatory framework still differentiates between the two in terms of the interest rate on borrowings. For example, RBI recently imposed a cap on all-in-cost ceiling for masala bonds, but there is no corresponding restriction for loans (RBI, 2017b). As the framework requires the interest rate to be commensurate with market conditions, bonds should also be subject to a generalised treatment similar to that of loans.

Table 1. Changes to the regulatory framework of masala bonds

Removing preference for long-term FPIs in select instruments
An ideal regulatory framework is one that is effective despite imposing minimal intrusion and prescription, as suggested by the Sahoo Committee Report on External Commercial Borrowings (Ministry of Finance, 2015). This report highlights the pitfalls of (and recommends removing) excessive regulator micromanagement in the ECB framework, noting that similarly placed economies do not follow precedence-based prescriptive frameworks. Changes that aim to force foreign investment in instruments of prescribed maturity or in certain prescribed sectors do not optimise the regulatory framework and should therefore be abandoned. For example, the September notification reserves a certain sub-limit for long-term FPI investments in infrastructure (RBI, 2017a). Such prescriptions make the framework unduly complex, discretionary and non-neutral.

The recent surge in investment in rupee-denominated debt by foreign investors is a reflection of their interest in the instrument. Rupee-denominated debt is attractive to cash-starved companies that can use it to raise funds without having to bear exchange-rate risk and also serves as an alternative to reliance on the currently impaired banking system. To ensure a sustained international interest, the current regulatory framework needs simplification and rationalisation based on sound principles of governance.