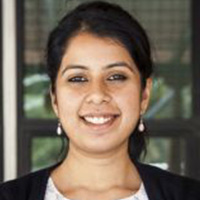 While India’s wind power sector has progressed significantly in the past decade, only about 22% of its potential has been harnessed so far. In this article, Deepthi Swamy - who was part of a team that worked with the Ministry of New and Renewable Energy to develop a framework for the National Wind Energy Mission - discusses the issues faced by the sector, need for a mission-mode approach, and the proposed contours for such a mission.

The Government of India organised the Renewable Energy Global Investor’s Meet last month, drawing participation from a large number of potential investors for funding renewable energy capacity in India. The event was a grand success, with investment commitment of nearly 260,000 Mega Watts (MW) of renewable energy capacity. Additionally, the Union budget 2015-16 specifies a target of 60,000 MW of wind capacity to be added by 2022. Minister for Power, Piyush Goyal, also recently announced an initiative of the central government to supply 24x7, reliable, secure and quality power to the people of India during its tenure.

These are promising developments for the wind power sector. However, capacity addition is only one aspect of the goal to achieve power generation from wind; there are other areas that require attention in order to achieve such ambitious targets for large-scale power generation from wind energy. Based on stakeholder consultations and an analysis of the multiple perspectives in the sector, I discuss the key issues facing wind power generation in India, the need for a mission-mode approach to ensure sustainable growth of the sector, and the proposed contours of such a mission.

Several factors make wind a very suitable candidate for power generation. The technology is mature, making the electricity generated from it cost effective. With increasing prices of conventional fuels and uncertainties associated with securing coal and gas supplies, wind can help reduce the average cost of power. It is a non-polluting source. Wind farms effectively use a small percentage of land over which they are spread1, and consume very little water during operations, relative to thermal, nuclear, and solar plants. This makes them conducive for mixed usage of land, with an opportunity to use captive power for other income-generating activities. Finally, small wind power plants can be installed in areas without access to grid electricity, thus increasing the spread of access to power. Hence, wind power has the potential to become a major contributor towards helping India achieve its quest for low-carbon inclusive growth.

The official potential for on-shore wind power2 in India was estimated to be about 102,000 MW in 20123 (National Institute of Wind Energy4). India’s wind power sector has progressed significantly in the past decade, with the installed capacity having nearly doubled during 2007-08 and 2013-14 (Central Electricity Authority (CEA)). Yet, only about 22% of India’s official wind potential has been harnessed so far. Even if the conservative official potential is utilised efficiently, it can provide for 10% of the aggregate electricity demand expected in 2022 (18th Electric Power Survey 2012, CEA). The government is in the process of revising its official potential 5. Meanwhile, CSTEP’s (Centre for Study of Science, Technology and Policy) studies suggest that wind power up to 120,000 MW can be installed by 2030 if supported with a suitable policy environment. Hence, it is evident that potential is not a barrier for wind to contribute significantly to the energy mix.

A closer look at how the sector has developed so far brings to the fore various factors – besides potential - that have constrained its growth. For instance, absorption of the generated power into the electricity grid has been particularly difficult. Tamil Nadu accounted for a large portion (about 36%) of the country’s wind power capacity in 2012 (Tamil Nadu Energy Development Agency). But during the monsoon season in 2013, power generation from wind had to be curtailed, as the state’s transmission grid was unable to absorb nearly 16% of the total energy generated. The state had to purchase power from other states in order to meet demand, even though cheaper wind power was available for purchase locally. There were also issues faced by developers in recovering payments from utilities for the foregone revenues due to curtailment. This highlights challenges in implementing state-level priorities to utilise locally-generated power from renewable sources.

Another major concern is the lack of clarity on duration of policy support. To compensate for inadequate state-level tariffs for wind power, the Government of India introduced two policy instruments to promote wind power nationally: Accelerated Depreciation (AD), which is a tax saving benefit, and Generation-Based Incentive (GBI), which results in increased revenues for wind projects6. The two schemes were introduced in 2002 and 2009 respectively leading to a steady growth in capacity addition. With effect from March 2012, both the schemes were withdrawn, followed by a drop in wind power capacity addition; the capacity added in 2012 and 2013 was less than half of that added in 2011. The GBI was reinstated in August 2013, after which the growth picked up again. However, details on how long it will last are not known. Additionally, there is no mention of the official status of the AD scheme in the Union budget 2015-16. Such frequent changes and uncertainty about how long the incentives will last, has led to an increase in the risk perception of investors.

Other issues plaguing the wind industry in India include non-availability of suitable land, lack of coordination among stakeholders, and operational issues of grid management owing to the variable and unpredictable nature of the resource.

A systematic approach is required to identify and address all such issues for the long-term growth of the sector. Such an approach would require participation from a range of state- and national-level agencies such as electricity regulators, transmission and distribution companies, wind power generators, developers, nodal agencies, load dispatch centres etc. It is thus proposed that wind power be pursued in a mission mode. The need for such a mission was also mentioned in the 12th Five Year Plan.

A national wind energy mission for India should focus on the following areas:

To ensure that the wind power generated does not go unutilised, adequate transmission capacity has to be put in place. State-level plans for capacity addition need to be aligned with state transmission planning efforts as well as national efforts such as the Green Energy Corridor Plan7 .

Since wind projects typically have a life span of 20 to 25 years, there is a need for clarity on the time horizon for the lapse of supportive policies such as AD and GBI. In the long run, state-level tariffs should be rationalised based on improvements in technology to adequately compensate generators. Since the technology is cost competitive, government incentives would be required only until state tariffs become sufficient. They need to be phased-out when the industry can sustain itself, or move to competitively discovered price mechanisms.

Many current installations are also eligible for re-powering, which means that older machines installed at lower hub heights can be replaced with taller and more efficient ones. In cases where replacement is not economically viable, it would be required to identify barriers and design incentives to optimally tap the potential.

Zones that are suitable for installing wind farms should be identified. Such a zoning exercise should take into consideration factors such as proximity to transmission grids and road networks (for transportation of turbine equipment), terrain suitability, and availability of land. Data collected through this process can form a state-owned resource database that can be used to allocate the resource competitively8 .

As mentioned above, wind turbines have a very small footprint on the land over which they are installed. This opens up the possibility of leasing only a portion of the land for such projects and using the remaining parts for other activities. Such options can take into account interests of the local community at the outset.

Enabling coordination among states for successful off-take of wind power

Wind is unevenly distributed in the country. Most of it is concentrated in the southern and western states. To achieve national-level targets, on-shore wind power needs to be transported across state boundaries. In the future, inter-state transmission will also have to be planned for off-shore wind projects. Since electricity is a concurrent subject, collaboration among states will be essential to achieve any national-level targets.

Multiple stakeholders with individual interests are involved in large-scale wind power generation, and coordination would be required for balancing multiple interests. For instance, utilities would need long-term assurance on predictability of availability and overall ease of purchase. Such terms can be mutually agreed upon based on individual objectives of the stakeholders, facilitated by appropriate guidelines in the framework of the proposed mission.

Wind power projects are currently exempt from environmental impact assessments. However, with plans to scale up, state-level project allocation processes would need to be aligned with national guidelines for mitigating environmental impacts of activities such as road construction for transportation of turbines, noise pollution, and sharing of project revenues among land owners.

Integrating the variable and unpredictable resource into the grid requires back-up options that can be started up quickly whenever the wind dies down. Planning for these options would introduce extra costs into the power system. There is a need for appropriate mechanisms for utilities to procure these options, at the least price to the consumers of electricity. This should also include mechanisms for wind power purchase between the wind-rich and wind-deficit states.

The mission should also identify areas where technical support, including improved Research and Development (R&D) capabilities and products, can be provided to achieve targets. These can include technologies for small-scale wind power generation, development of guidelines for standardisation of small wind turbines and their testing and certification. The mission can identify requirements for augmenting blade-testing facilities, improvement of wind forecasting capabilities, and financial allocations for testing small on-shore and off-shore wind projects on a pilot basis.

To conclude, India has significant wind power potential. A formal framework, in the form of a national wind energy mission, with time-bound targets and implementation guidelines can help achieve this. In the long run, a successful wind sector will enable India to achieve its broader goals of energy security, carbon emissions reductions, and electricity access for all.