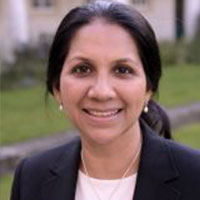 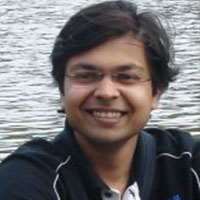 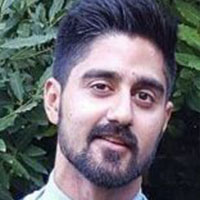 The Graduate Institute of International and Development Studies

The rise of extremist groups such as the Taliban and the Islamic State, and their destruction of religious relics, have led some to magnify the presence of religious bigotry in Islamic societies. Using a unique, geocoded dataset this column tests two predominant narratives of Hindu temple desecrations in medieval India. It finds that whether a temple was located in a Muslim State had no bearing on the likelihood of its desecration; rather, desecrations were primarily determined by Hindu-Muslim battle outcomes.

The disputed temple site at Ayodhya was brought back into limelight during the recent Uttar Pradesh assembly election. At the core of the dispute is the supposed systematic desecration of Hindu temples by medieval Muslim rulers (Goel 1998). These disputes have had severe consequences. Tussle over past temple desecrations have led to several Hindu-Muslim riots, causing enormous loss of life and property (Bacchetta 2000).

Against this backdrop, our recent study (Iyer et al. 2017), assesses the relationship between religion, conflict, and iconoclasm. Specifically, we analyse the pattern of temple desecrations by Muslim States in medieval India. Using a unique geocoded dataset that spans over five and a half centuries (1192 to 1720 AD), we test two predominant historical narratives of medieval temple desecrations. The first narrative alludes to iconoclasm, that is, the practice of obliterating religious sites or images that are considered heretic (at odds with accepted religious beliefs), which was embedded in Islamic theology (Wink 2002). The second theory claims that Hindu temples were the emblems of authority of their royal patrons. Consequently, temple desecrations served a political purpose for medieval Muslim States, which was to delegitimise the defeated Hindu rivals and pre-empt any future uprising (Eaton 2000).

Using our unique dataset, we test these two narratives through two corresponding determinants of medieval temple desecrations. If a temple being in the territory of a Muslim-ruled State explains its desecration, then this supports the first narrative. If a temple is desecrated when a Hindu-Muslim battle results in the Muslim ruler winning, then this supports the second narrative. Our results show that Hindu-Muslim battle outcomes primarily determine medieval temple desecrations. Specifically, the likelihood of a temple desecration is over 30% higher when a Muslim State defeated a Hindu State. On the contrary, whether the temple was located in a Muslim State has no bearing on the likelihood of its desecration.

There are two predominant theories of temple desecrations by medieval Muslim States in India. André Wink, a noted scholar of medieval Indian history, suggests that temple desecrations were motivated by Islamic iconoclasm. He cites the early Arabic literature on India which was notable for its derision towards the practice of polytheism (belief in or worship of more than one god) and idol-worship by its inhabitants. Furthermore, he suggests that the early Islamic invaders were familiar with sacred Hindu geography and systematically targeted the key religious sites of Mathura, Banaras, Somnath, and Ujjain.

Richard M. Eaton, on the other hand, contends that temple desecrations were driven by their importance in the royal iconography. Hindu kings of the early medieval period built grand temple complexes which came to be associated with their political authority. The temple desecrations were therefore undertaken not to debase the sanctity of the idols, but to undermine the political legitimacy of their patrons. In his view, this also meant that the desecrations were mainly committed during military battles. Once the Muslim State established its reign over a territory, existing temples were left alone.

We faced two methodological challenges in putting these narratives to empirical scrutiny. The first concern was due to the dearth of systematic pre-colonial event records (Bayly 1985). Second, problems in establishing causality could have made it difficult to test the proposed temple desecration narratives.

To overcome the first challenge, we compiled a unique dataset on medieval temple locations, desecrations, battles, and dynastic rule. We began with Eaton´s survey of medieval temple desecrations in India. The next step was to identify the set of temple locations in that period. This allows us to compare a temple location where a desecration took place with one where it did not. We geocoded the maps of medieval religious and cultural sites by Schwartzberg, Bajpai, and Mathur, to identify our list of temple locations. Furthermore, we ascertained the territorial boundaries of various dynasties using the maps of medieval Indian States by Schwartzberg, Bajpai, and Mathur. This was augmented by additional information on these dynasties, particularly the nature of death of their dynasts. Finally, we compared two different surveys of battles by Jaques (2007) and Naravane (1996) to compile the list of battles in medieval India. Thus, we were able to gather a rich dataset, spanning over five and a half centuries, to enable our empirical exercise.

Identifying the causal effect was impeded by the potential endogeneity in our 'battle outcome' variable1. A concern was due to possible reverse causality: Hindu States could have united to wage war against a Muslim State that had desecrated a temple of their common royal deity. The resulting coalition would have potentially impacted the battle outcome. Wealth from ravaging Hindu temples could also have enabled Muslim States to initiate a stronger challenge and defeat their Hindu rivals. Moreover, the sample of temple desecrations in our dataset is likely a lower bound of the number of actual events. The resulting measurement error could also have led to imprecise estimation of the effect of Hindu-Muslim battle outcome on the likelihood of temple desecration.

We tested for alternative explanations of our empirical results. Muslim States may only have been able to desecrate temples once they brought a territory under their political control. In that scenario, peaceful transition of power would be as likely to predict temple desecrations as a transition through battle outcome. We found that events of peaceful transition have no effect on the likelihood of temple desecrations and hence ruled out 'first opportunity' as a mechanism explaining our results. Temple desecrations could also have been an adverse but unintended consequence of Hindu-Muslim battles. In that case, battle incidence, and not battle outcome, should have been driving the temple desecrations. We tested for this possibility and ruled out that 'collateral damage' could have been driving our results.

We conducted this study to understand the motivation for temple desecrations by medieval Muslim States in India. Our results show that political tactics, rather than iconoclasm, underlined the agenda for temple desecrations. We, however, do not rule out the iconoclastic behaviour of certain medieval Muslim rulers. How India escaped the systematic desecration of pagan religious sites in the Arabian Peninsula remains a question (Benthall 2005).

The literature on medieval India offers possible explanations. The Hanafi school of Islamic jurisprudence, which was the predominant school of Islamic law in India, encouraged a more conciliatory approach towards Hindu subjects. Another explanation is that Muslim elites were vastly outnumbered by their Hindu subjects, and hence a pacifist approach could only have been politically most viable (Benthall 2005).

This study has key implications in the current political climate. The rise of extremist groups such as the Taliban and the Islamic State, and their destruction of religious relics, have led some to magnify the presence of religious bigotry in Islamic societies. Our results suggest a nuanced approach; events which appear to be motivated by religious ideology might camouflage the political interests that lie at the helm. The same caution needs to be applied to the discourse on medieval temple desecrations that has precipitated several Hindu-Muslim riots in post-independence India. Hopefully our study will add some nuance in future to the debate about medieval temple desecrations.

Such shallow article. Wrong hypothesis. No data to support conclusions. Seems based in leftists propoganda and intention is to propagate their agenda as sepoy. Pathetic.