Land acquisition: Need for a shift in discourse? 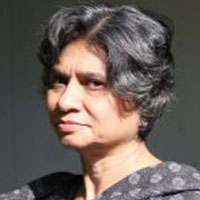 Empirical evidence increasingly shows that farmers are willing to have their land acquired if the price-compensation package is acceptable. Given this trend, Dhanmanjiri Sathe argues that the discourse on land acquisition has been stagnant for a long time and needs to be changed.

Several researchers and journalists have found that farmers are willing to have their land acquired if the price-compensation package is acceptable.

Is willingness to sell at acceptable compensation package a trend? It definitely seems so in the relatively advanced regions of India, where the majority of land acquisition is occurring in any case. Against this backdrop, I hypothesise that the discourse on land acquisition in India has been stagnant for a while, and in view of the emerging evidence it needs to be changed (Sathe 2016).

Land acquisition in India has been explained in terms of the “inevitable story of primitive accumulation” in the Marxist tradition (Ruparelia et al.). Following Marx’s analysis, Harvey (2005) has argued that primitive accumulation practices continue and proliferate even in capitalist economies, and he calls it “accumulation by dispossession” (ABD).

Harvey articulates the function of ABD as: “What accumulation by dispossession does is to release a set of assets (including labour power) at very low (and in some instances zero) cost. Over-accumulated capital can seize hold of such assets and immediately turn them into profitable use.” (Harvey 2003) However, what if the price paid is acceptable – in this case, to the farmers for their land? The release of the assets (land here) is not at a low or zero cost; it is at a cost that the farmers accept and which has been increasing. Further, what if the farmers are going to be partners in the ‘capitalistic’ growth that is expected to be taking place on the acquired land, for example, when they are given back a part of the developed land or if they rent out the land to the capitalist?

There is growing evidence that answers to these questions would point towards the trend that increasingly the farmers are not against losing their land per se; rather what they want is acceptable compensation, with the proviso that the notion of ‘acceptable’ is not stagnant. This would be my interpretation of the trends that we are observing over the last couple of years in many parts of India, and that what is unfolding now is qualitatively different from what could be subsumed under the notion of primitive accumulation and/or ABD. As Chatterjee (2008) remarks: “... despite the use of old rhetoric of peasant solidarity, there are clearly significant sections of the people of these villages that do not join these agitations because they feel they stand to gain from government policy.”

However, the transaction between the State and the farmer is not completely a market transaction either. This is because the Indian State, like most other States in the world, has the power of eminent domain. To that extent, this exchange goes out of the domain of the market. When the government acquires land using eminent domain, the seller (that is, the farmer) does not have a choice to say no. What he can do is to ask for a better compensation package than what the government is offering. So, we could call this relationship ‘quasi-market’.

It would be too simplistic to accuse the Indian State of being pro-capitalist ‘all-the- time’ and ‘come-what-may’. Undoubtedly, the capitalists have been used to and still look for patronage from the State. But this relationship has undergone an alteration over a period of time. Governments (at the central and state levels) have come under pressure from the other involved parties too (and not just capitalists). In a democracy, the political parties have had to cater to the demands made by the farmers and the larger civil society. As the election results after Nandigram-Singur showed, the ruling party (that is, the Communist Party of India (Marxist) (CPI(M)), which tried to take the land in an extremely coercive manner, lost the elections quite pitiably. Later, the Land Acquisition, Rehabilitation and Resettlement (LARR) Act, 2013 was passed before general elections in 2014, supposedly to show that the ruling party at the Centre (that is, the Congress) is pro-farmer. The then-opposition party - the BJP - supported the Law precisely for this reason. Whatever be the merits and demerits of the Law, the important point is that the government wanted to do and be seen as doing, something for the farmers.

Additionally, what we can discern from cases such as Nandigram-Singur, Goa Special Economic Zone (SEZ), Maha-Mumbai SEZ and so on, is that the government may/can give up the idea of land acquisition if protests are too severe. It is my contention that precisely because of episodes like Nandigram-Singur, the government/political parties may be in the process of becoming more and more sensitive to the demands of the farmers. Both these cases occurred around 2007 and since then episodes of this kind of violence have certainly decreased.

From all this, one can discern that the Indian State is moving towards a situation where it will use more of a consensus approach and avoid using repression and violence, though it may not be completely abandoned, especially in remote areas. This points towards a ‘learning State’ wherein the state has moved from asking for sacrifices, to understanding that such kind of violence will not work in ‘repeated games’ of acquisition. This definitely is the trend, whatever may be the exceptions.

From all that has been put forth above, can we say that the Indian State is increasingly becoming a ‘learning State’? This phrase is used to refer to a State that is not static, that it is not fossilised in time; it keeps on learning from experience, adapts, and changes its course. It understands that what it could do in a certain era may not be possible now - or alternately what was not possible earlier could be achieved in later periods.

Will this trend continue? I, in no way, want to imply that things will occur with a mathematical precision, in a perfectly clean manner as in an economics text book. Rather, I want to put on board some changes that seem to be occurring repeatedly. Of course, what actually happens in the future will depend on the politics of the issue. Can the politicians in India, under a democratic regime, afford to ignore the demands made by the farmers? It needs to be accepted that at least in the face of resistance, the State has been changing. The crucial point now is to what extent is it willing to change itself, how does it change itself, and what is going to be the speed of that change. Clearly a covenant between the State and land needs to emerge.