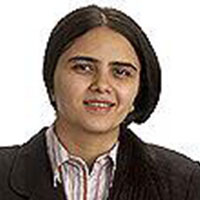 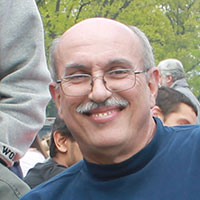 Setting interest rates and controlling inflation is an altogether different challenge in countries like India. This column argues that in many developing countries, the financial system is still too underdeveloped for monetary policy to have a reliable effect on the economy, raising doubts over several of today’s policies.


It is perhaps worth stressing the point: policymaking in developing countries is an altogether different challenge – and monetary policy is no exception. The assumptions underlying monetary transmission in advanced countries – that is, how the central bank’s interest rate filters through the economy – cannot be applied mechanically to developing economies. The conventional way of looking at monetary transmission focuses on the effects of central bank actions on:

These effects are created through effective arbitrage along several margins: between different domestic short-term securities, between domestic short-term and long-term securities, between long-term securities and equities, between domestic and foreign securities, and between domestic financial and real assets. But these margins need an economy with a highly developed and competitive financial system in order to be effective.That includes: a strong institutional environment, so that loan contracts are protected and financial intermediation is conducted through formal financial markets; an independent central bank; a well-functioning and highly liquid interbank market for reserves; a well-functioning and highly liquid secondary market for government securities with a broad range of maturities; aell-functioning and highly liquid markets for equities and real estate; a high degree of international capital mobility; and a floating exchange rate. These features are typically taken for granted in the OECD but the same assumptons cannot be made for developing countires.

We expect monetary transmission to be different in a developing country context from what we are familiar with in industrial countries.Indeed, as argued in our recent research with Antonio Spilimbergo (Mishra et al. 2012), at first sight there are strong reasons for believing that the monetary transmission mechanism in developing countries is fundamentally different from that described above.

In general, therefore, the financial structure of developing countries should lead us to expect the interest rate, asset, and exchange rate channels to be weak or non-existent in such countries.

The importance of bank lending

By a process of elimination, then, the bank lending channel seems to be the most viable general mode for monetary transmission. The strength and reliability of this channel, however, depends on several characteristics of the domestic economy.

Lack of strength and reliability

Facts on the ground

There is a large empirical literature examining the effects of monetary policy innovations (as measured through a variety of monetary policy variables including, but not limited to, policy interest rates) on aggregate demand (as indicated by the behaviour of output and/or prices) in a large number of individual developing economies. In our joint study (Mishra and Montiel, 2012), we conclude that it is very hard to come away from our review of the evidence with much confidence in the strength of monetary transmission in developing countries. We fail to uncover any instances in which more than one careful study confirmed results for the effects of monetary shocks on aggregate demand that are similar to the effects in the US or other advanced countries. The question is how to interpret this state of affairs. As suggested by Égert and Macdonald (2009) (for the case of transition economies in central and Eastern Europe), it is likely to reflect some combination of the ‘facts on the ground’ and shortcomings in the empirical methods that have been applied to understanding this issue.

We suspect, however, that ‘facts on the ground’ may indeed be an important part of the story. The failure of a wide range of empirical approaches to yield consistent and convincing evidence of effective monetary transmission in developing countries, and the fact that the strongest evidence for effective monetary transmission has arisen for relatively prosperous and more institutionally-developed countries such as some Central and Eastern European transition economies (at least in the later stages of their transition) and countries such as Morocco and Tunisia, make us doubt whether methodological shortcomings are the whole story.

The need to think differently

We interpret the evidence presented in our research, as well as that of the broader literature, as creating a strong presumption that in the financial environment that tends to characterise many developing economies, monetary policy is likely to have both weak and unreliable effects on aggregate demand. If this is true, the stabilisation challenge in developing countries is acute indeed, and identifying the means of enhancing the effectiveness of monetary policy in such countries is an important challenge for policymakers and researchers alike.

When domestic monetary policy is weak and unreliable, activist policy is less desirable, and the adoption of policy regimes that raise the stakes associated with attaining publicly-announced monetary objectives, such as a target rate of inflation, should be postponed or their design should be modified to take the uncertainty about monetary policy effects into account. In addition, weak and unreliable monetary transmission weakens the arguments for floating exchange rates as well as for capital account restrictions under fixed exchange rates.