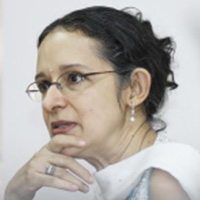 Following the global financial crisis of 2007-08, the Indian economy was exposed to various shocks. While the major source of shocks was external, the effects were magnified by certain lapses in domestic policy. This column discusses what policies worked and what did not work to reduce excessive rupee volatility, and how the lessons were applied to prepare for any future shocks.

After the global financial crisis in 2007-08, India was exposed to many shocks such as changes in international commodity prices, fluctuations in foreign capital inflows, and fall in global demand for its exports, all of which contributed to a widening of the current account deficit (CAD). For example, a US$10 rise in oil prices raises India’s CAD to GDP (gross domestic product) ratio by 0.5%. Capital flows fluctuated largely due to global risk-on risk-off factors1. But the rupee depreciation that followed further raised the import bill and worsened the CAD.

There was a vicious cycle, since countries with higher CADs tended to experience more outflows during high-risk periods, just when a higher level of inflows was required to finance the CAD. In India, oil price shocks together with rupee depreciation added to domestic inflation, reduced domestic financial savings and further widened the CAD2.

Despite twin deficits (fiscal deficit and CAD) there was no generalised excess demand, since there was also a slump in growth in 2011. The major source of shocks was external, but policy mistakes magnified both external and domestic supply shocks. These included inadequate attention paid to specific bottlenecks in infrastructure projects and in agricultural marketing that reduced growth and raised inflation, while continuing subsidies on petroleum products such as diesel reduced substitution away from expensive oil imports. Policy instruments available from continuing capital controls3 and many possible types of intervention could have reduced exchange-rate volatility and smoothed interest rates in response to external shocks but were underutilised (some such effective measures used later are discussed below). So leaving the rupee wholly to markets over 2009-2011 giving them the impression that intervention was not feasible, was another major policy mistake. The exchange-rate volatility that followed did not help exporters although steep rupee depreciations occurred. Policy that relies on rupee depreciation to stimulate exports, without building export capacity and lowering costs is inadequate. For example, India’s per container trade costs were more than twice the East Asia average in 2014 (Doing Business project, World Bank). Bureaucratic delays and hurdles were an obstacle to joining Asian export supply chains.

The short-term imperative of financing the CAD, led to excessive policy focus on increasing foreign capital inflows, in a departure from earlier caution. Limits on foreign debt inflows were raised. Larger debt flows allowed conservative voices pushing for raising interest rates4 to stem the fall in the rupee value during the 2013 taper tantrum5 outflows to win the argument, although such a defence continued to be inappropriate in Indian conditions where debt flows were still capped.

Measures were taken to reduce exchange-rate volatility from end 2011 onwards when the Euro-debt crisis triggered large foreign capital outflows. Of these, the most effective was the forex swap window6 announced for oil marketing companies on 28 August 2013 (see more here). This was the first measure that succeeded in reversing the rupee depreciation. The rupee strengthened substantially from a peak value of INR/USD 68 to below 66, strengthening by 324 basis points7 within a week of opening the window.

Small mismatches in the demand and supply of foreign currency lead to large exchange rate movements in thin markets8. As the swaps took dollar demand from domestic oil-importing firms off the market, they smoothed volatile dollar demand. First used in the mid-90s, it was an innovative way to inject foreign-exchange reserves into a fragile market. Although swaps add exchange-rate risk to the balance sheet of the Reserve Bank of India (RBI), these risks need not materialise over the short life of the swap if markets are successfully calmed. They can also demonstrate the advantage of hedging or reducing currency risks to the oil importers as they lay off such risks for the period of the swap.

If, instead, the RBI indiscriminately sells foreign currency when there is a sudden outflow of foreign capital, it gives a better rate to the departing short-term capital. This reduces its risk-sharing. Not making a loss on the rupee makes it easier for foreign capital to both come in and to leave, increasing volatility. Moreover, such general intervention may use up too much of the foreign-exchange reserves.

The rupee continued to appreciate, as other measures were added to the swap window that remained open till end November 2013. Measures that made more foreign exchange available, such as a subsidies for foreign borrowing by banks or easier external commercial borrowings (ECB), also appreciated the rupee; restrictions on foreign-exchange markets worked only sometimes. Initial reduction in banks’ ability to use currency derivatives9 traded on stock exchanges and firms’ flexibility to rollover their foreign-exchange contracts on 15 December 2011 - since it was feared these were used to speculate on expected rupee depreciation by buying future dollars - did appreciate INR/USD from 54.2 to 52.7. After adverse tax measures in the March 2012 budget triggered foreign capital outflows again, more restrictions were imposed on banks in May 2012 but the next week saw further depreciation of 0.90. Over June and July 2013, open positions10 of foreign banks in foreign currency were reduced to almost zero and any proprietary activity by banks in currency futures was banned, but rupee depreciation continued.

The restrictive measures reduced turnover sharply in the currency derivatives markets in exchanges, as well as total turnover, including the dominant over-the-counter (OTC) trading in banks11. The two markets are complements rather than substitutes. Moreover, offshore markets grew as domestic markets shrank. In more open regimes, restricting domestic markets encourages transactions to migrate abroad. Although difficult to measure precisely, according to BIS (Bank for International Settlements) data, OTC forex turnover outside the country rose from 50% (US$20.8bn) of the total in 2010 to 59% (US$36.3bn) in 2013. This is against the objective of deepening domestic markets. Moreover, domestic regulators are unable to influence offshore markets.

Raising interest rates to defend the rupee in July 2013 was a total failure. The rupee depreciated from around 60 in July to a low of 68 in August. A 3% rise in short-term rates was aimed at retaining debt outflows since zero open positions already prevented domestic banks from speculating against the rupee. Ten per cent of the US$6.6bn that had come in since 2011 left in June after the May taper-on announcement. Higher short rates did not stop debt outflows and by November, 40% had left. Interest rate spreads12 and long-term rates also rose, hurting the domestic recovery and domestic financial markets, where turnover fell further. Equity inflows, however, continued to be positive and were a healthy US$14bn over 2011-2013.

Signals that the rupee would be left to the markets in 2011 led to a sharp fall in the rupee. Well-designed signals had the opposite effect, as with the new RBI governor’s joining speech on 4 September 2013, announcing subsidies for banks raising forex deposits. The rupee also appreciated after the US Fed’s 18 September postponement of the taper.

While external shocks have a major impact, the range of fire-fighting measures undertaken after the Euro debt crisis of 2011 gave valuable lessons on what responses are effective. The following ranking of policy actions emerges at the current state of capital account convertibility13. First, address fundamental weaknesses such as high CAD or fiscal deficits or structural restrictions on growth that can trigger adverse expectations leading to foreign outflows. Second, use forex reserves and signalling to smooth forex market demand and supply. The effectiveness of credible communication and of building-up of forex reserves during periods of excessive inflows and using them in targeted intervention were clearly demonstrated. Since capital flows do not always match the net import gap14, the RBI should be ready to close any short-term mismatch in demand and supply of foreign exchange.

Third, prudential measures such as reducing open positions are to be preferred to a ban on a particular market or a transaction-type. If market restrictions become necessary, they should be carefully targeted. Since these administrative measures reduce one-way positions that aim to sell the rupee, a general liquidity squeeze such as an interest rate defence should be avoided.

The lessons were followed in 2014. The economy is much stronger. Inflation has fallen, growth is recovering, both the current account and fiscal deficit have reduced to reasonable levels, political stability and the new government’s focus on strengthening governance and relieving domestic bottlenecks improve future prospects. Among short-term crisis proofing measures, forex reserves have been built up, so the real effective exchange rate has not appreciated too much in the face of large inflows. A swap line15 with the Bank of Japan (BOJ) has been augmented. There is now regular intervention to reduce rupee volatility.

There is also a major positive external shock. Softening of oil prices is likely to sustain. Quantitative easing (QE)16, which consciously sought to drive up asset prices, also drove up oil and other commodity prices, and has ended at least in the US. As stronger financial regulations began to bite in US, UK and Europe, over-leverage17 and commodity market speculation has reduced. Moreover, the earlier high oil prices brought about a sustained rise in supply and weakened OPEC’s (Organization of the Petroleum Exporting Countries) power to fix prices. Chinese demand for oil has also slowed, but that is not the primary reason for the fall, since Chinese growth had slowed to 7.7% in 2012 from 9.3% the previous year without reducing oil prices.

While more debt inflows that higher Indian interest rates have attracted over the last year are a negative, the saving grace is these continue to be capped, and short-term debt is low. High interest differentials, as policy was in an inflation-fighting mode, attracted inflows as macroeconomic prospects improved. Firms also borrowed abroad at lower rates, while neglecting to hedge since the rupee was stable. But again, these borrowings are capped.

QE withdrawal is a net positive for India. Even if outflows occur, the RBI can draw on experience to respond with a combination of intervention, moderate rupee depreciation, and clear communication of India’s strengths. Raising interest rates or re-imposing the market restrictions being gradually lifted would be counter-productive. Emerging markets should also press for greater global policy coordination and further measures to reduce the financial over-leverage that leads to capital flow volatility, even while developing regional safety nets.