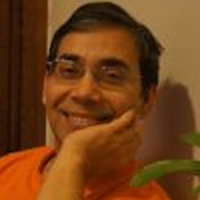 The Urjit Patel Committee recommended the formal adoption of an inflation targeting regime for India. In this article, Iyanatul Islam compares the views of the current RBI Governor with those of his predecessor on controlling inflation. He concludes that, at this stage, the incremental gains for the RBI from fully embracing inflation targeting are likely to be rather modest.

In January 2014, the Urjit Patel Committee recommended the formal adoption of an inflation targeting regime for India, using the consumer price index (CPI) as the sole benchmark for setting an inflation target (Reserve Bank of India (RBI) 2014). The committee recommended an inflation target of 4% per year with a band of two percentage points on either side. The Committee proposed a ‘disinflation’ strategy spread over two years in order to bring the then inflation rate of around 8% down to 6% and then to the desired average rate of 4%. The Committee also recommended the setting of a 3% fiscal deficit target in order to avoid ‘fiscal dominance’1. Raghuram Rajan, the current Governor of the RBI, approves of this move to inflation targeting, although he has stated that the RBI has not yet formally accepted the recommendations of the Urjit Patel Committee.

The current Governor of the RBI headed the 2008 Rajan Committee on financial sector reforms in India which included a clear commitment to an eventual inflation targeting regime for India (Planning Commission 2009). Hence, the Urjit Patel Committee builds on the ideas floated in the Rajan Committee. Furthermore, the RBI has a long-held aspiration to target a 4% inflation rate, as was proposed in the Chakravarty Committee of 19852. Such an aspiration should be set against the fact that India’s long run inflation rate (measured over 40 years) has hovered around 7% (Mohanty 2010)3.

The suggested move to an inflation targeting regime in India is unlikely to elicit enthusiastic endorsement from Rajan’s predecessor, Duvvuri Subbarao. In the final leg of his tenure, Subbarao offered a critical commentary on the relevance of inflation targeting in India. He noted that the global and financial crisis of 2007-2009 “…challenged the old theology of single target central banking”. He went on to argue that central banks in emerging economies “...have differed historically from the advanced economy central bank model in an important way. Their mandates have typically extended beyond price stability to supporting growth and to external sector management. They also have responsibility, in varying forms and degrees, for financial stability. In addition, many of them have a development mandate – of building institutions, deepening financial markets, modernizing financial sector infrastructures and furthering financial inclusion” (Subbarao 2013a). This is a succinct rationale for the ‘multiple indicators’ approach4 of the RBI that has guided its policy interventions since 1998. Subbarao commends this approach. In his last public lecture as Governor of RBI, he noted that the institution “…has a mandate wider than that of most central banks. This is an arrangement that has served the economy well” (Subbarao 2013b).

Rajan regards the ‘multiple indicators’ approach as “reasonably effective” but notes that it is increasingly unable to cope with the challenges that India faces today. He firmly believes that the “…the best way for the central bank to generate growth in the long run is for it to bring down inflation…And if the public starts expecting that inflation will stay low, the central bank can cut interest rates significantly, thus encouraging demand and growth” (Planning Commission of India 2009).

Rajan makes it clear that the notion of a long-run trade-off between growth and inflation is largely illusory while Subbarao highlights the complex challenges facing central banks in emerging economies as they tread the “growth-inflation knife edge” (Subbarao 2013a).

This does not mean that Subbarao is not inflation averse. He is firmly committed to price stability and, like Rajan, worries about ‘fiscal dominance’. One must not forget that the RBI went into inflation-fighting mode under Rao’s watch. Rajan, on the other hand, is eager not to be considered an ‘inflation nutter’. The latest (2 December, 2014) bi-monthly statement by the Governor suggests a neutral stance with respect to the setting of the policy rate, that is, the current policy rate will neither increase nor decrease in the short-term. Hence, the IT approach being implemented here – which in the strict version entails the single-minded use of a single instrument (the policy rate5) to tame inflation - although with some degree of caution.

Both Rajan and Subbarao share common ground when dealing with critics who argue that a significant part of inflation in India is driven by food inflation and that monetary policy instruments alone are simply too blunt to deal with it, given that food inflation has multiple sources spanning across demand and supply-side factors6. Rajan’s response is that food inflation is demand-driven and has fed into a wage-price spiral7 - an interpretation that has also been offered by his predecessor (Subbarao 2013b). Their view is that tightening of monetary policy through the policy rate will induce wage moderation, especially in urban areas and thus assist in coping with food inflation. However, the available evidence does not suggest that rural wage-led inflation has been an important phenomenon in India (Mukherjee 2014).

Research undertaken by RBI staff suggests that taming food inflation has turned out to be a challenging task. One study, for example, observes that: “Despite the monetary tightening by Reserve Bank of India during 2010 and 2011, inflation remained high and this could be attributed to the structural component of food inflation as well as the surge in international commodity prices beginning the second half of 2010 and continuing into the first half of 2011” (Kapur and Behera 2012). While the surge in international commodity prices has abated, there is no compelling reason to expect why the ‘structural component’ of food inflation should change significantly – unless specific and effective actions are taken to deal with it. Hence, Rajan’s bid to tackle food inflation might face the same uphill task as Subbarao’s did.

In this article, I suggest that both the current Governor of the RBI and his predecessor share common grounds. They have a firm commitment to price stability and a common resolve to deal with food inflation. On the other hand, they differ on the interpretation of the appropriate institutional framework within which the RBI should discharge its functions. Rajan favours the ‘single objective-single instrument’ (where price stability is the objective and the short-term interest rate is the instrument) approach embodied in inflation targeting, while Subbarao supports the ‘multiple objectives-multiple instruments’ approach that the RBI has so far followed.

It is important to adopt an evidence-based framework in dealing with the pros and cons of the competing approaches. To start with, the long experience with inflation targeting in advanced countries suggests that a strong degree of inflation aversion can affect central banks to the extent that the objectives of growth and jobs are sacrificed to meet pre-set inflation targets (see Svensson (2012) on Sweden and Fitoussi, and Saraceno (2013) on the European Central Bank).

Of course, one might argue that central banks in developing countries are likely to be more eclectic and incorporate employment and other development objectives in their mandates. This is by no means the case. A content analysis of the mandates of central banks in 51 low- and middle-income countries suggests that only five of them have employment promotion as a stated objective. India is not part of that list of five countries. Even though economic growth as a goal is frequently mentioned in developing countries, it is, in many cases, seen as a ‘secondary’ objective with price stability as a ‘primary’ objective (ILO 2014) This does not apply to India where the ‘primary’ objective shifts from time to time depending on the macroeconomic situation.

It is worth bearing in mind that the effective implementation of inflation targeting assumes a well-developed financial and institutional environment - a prerequisite that is missing in many developing countries. Monetary policy then becomes weak and unreliable. In the case of India, the fifth bi-monthly statement of the current financial year by the Governor expresses concerns about the weak transmission of the changes in the policy rate to lending rates. Under such circumstances, some leading analysts have suggested that full-fledged inflation targeting regimes should not be adopted (Mishra and Montiel 2012). The aim should be to focus on undertaking institutional reforms that can strengthen the monetary transmission mechanism.

In any event, unless there is clarity regarding who is responsible for objectives such as growth and employment and what instruments are to be used to achieve these in India, the RBI cannot give up the role that it has played historically in this context.