The crisis in Indian manufacturing 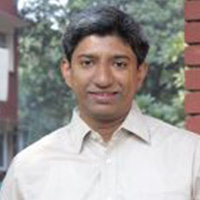 Manufacturing sector growth in India has fallen from over 9% to a dismal 1% in the past couple of years. This article discusses the factors that have caused a slowdown in organised and unorganised manufacturing. It contends that inadequate credit and infrastructure are key constraints, and the fate of the sector hinges on greater domestic investment and well-directed industrial policies.

India’s industrial output has declined, or grown at very low rates in almost every month after July 2011. The Index of Industrial Production (IIP) provides data on organised manufacturing, that is, on factories that employ 10 or more workers (20 or more if run without electricity). Less known but more acute, however, is the crisis that has hit the smaller industries in the unorganised sector — the sector that employs 80% of all manufacturing workers in the country.

But, first, about organised manufacturing, which was indeed one of the bright spots in India’s economic growth during a good part of the 2000s. Rapid rates of growth were registered in this sector, particularly in the manufacture of metals, machinery and automobiles. India has been a favourite investment destination for global automakers, especially for the makers of low-cost cars.

More importantly, this was not merely an expansion of output, but an impressive growth in employment too. More than three million new jobs were generated in India’s organised manufacturing between 2004-2005 and 2009-2010. That was in marked contrast to the near ‘jobless’ growth that characterised this sector for the two-and-a-half decades since the 1980s.

India’s organised manufacturing rebounded impressively after it slowed down during 2007-2009 at the height of the global economic crisis. The recovery was led in particular by the auto industry, with the domestic production of passenger cars rising from 1.5 million in 2008-2009 to 1.9 million 2009-2010.

But that revival seems to have been short-lived. India’s automobile industry has entered a phase of stagnation, and so too has organised manufacturing as a whole, as shown by the recent numbers on IIP growth.

While capital- and skill-intensive industries such as metals, petrochemicals and automobiles dominate organised manufacturing, India’s unorganised manufacturing consists mainly of labour-intensive industries such as food products and textiles. The deceleration in India’s labour-intensive industries began in 2006-2007. The appreciation of the Indian rupee that occurred during this time affected the growth of export-oriented industries such as textiles, garments, leather, and gem cutting. As the global economy plunged into a crisis by 2008-2009, these industries were hit further, by the downturn in export demand from Western countries, resulting also in large-scale job losses. Further, the growth of India’s textile industry has suffered due to the volatility and the generally high level of cotton prices in the country since the late 2000s.

A factor that has consistently been at the top of the list of constraints to Indian manufacturing has been the shortage of power and other essential infrastructure. Power demand-supply shortages have been reported from a majority of Indian states. In the industrial town of Coimbatore, where I have been carrying out a field study, there have been acute power shortages for approximately eight months every year since 2007. As a consequence, industrial units in this city have had to operate at 50% or even less of their actual production capacities. The crisis in the infrastructure sector is on account of the decline in public investment in India beginning in the 1990s, aggravated by the fall in private corporate investment too after 2007-2008.

Micro and small industries are hurt due to inadequate access to bank credit. Advances to small-scale industries as a proportion of non-food gross bank credit in India fell from 15% in 1990 to around 6% during the second half of the 2000s. According to a survey conducted by the NSSO in 2005-2006, only 3.6% of unorganised manufacturing enterprises in the country obtained loans from institutional sources.

After the mid-2000s, there has been a marked increase in the share of imports in the domestic output of machinery and transport equipment industries in India. This too has depressed the growth prospects of small-scale industries, as rising imports deny them the opportunities for the manufacture of components and ancillaries.