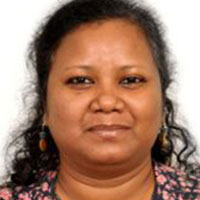 About a third of the total area of Tripura is covered by bamboo, and bamboo has emerged as a key thrust area for the state’s industrial development. Based on a field visit that was undertaken to study skill development in Tripura’s bamboo sector, Bornali Bhandari discusses the livelihood-based approach of Tripura Bamboo Mission vis-à-vis a market-based approach adopted by a private bamboo wood manufacturing unit.

The Finance Minister announced in the Union Budget 2018-19 an allocation of Rs. 300 crores for the bamboo sector1. In this note, I seek to illustrate the importance and potential of the bamboo sector in the state of Tripura, and challenges related to it. This is based on a field visit to the state, undertaken from the perspective of skill development in the bamboo sector, supported with literature review. The visit highlighted the contrasts and paradoxes of the approach to skill development and how that is intrinsically linked to the actual growth dynamics of a particular sector in a state. It brings into focus that policy prescriptions for a state have to be analysed holistically and not in silos.

“The world bamboo market is currently worth US$ 8 billion/year, of which China’s share is US$ 5.5 billion. Traditional markets cover handicrafts, blinds, bamboo shoots, chopsticks and traditional bamboo furniture, which count for 95 per cent of the market to date. New market products include modern/laminated furniture, flooring and panels cover the remainder five percent of the bamboo sector.” (Tripura Bamboo Mission website).

As per the Forest Survey of India (FSI), 2012, “bamboo is green gold, poor man’s timber. It is a non-wood forest resource found in both forested and non-forested areas. They are fast growing, widely present, renewable, versatile, low-cost natural resource and can grow across a wide variety of soil conditions. It is a viable alternative to timber.” After China, India is the second richest in bamboo in terms of genetic resources. Bamboo belongs to the grass family and India has approximately 148 species of bamboo. Of the 148 species, 90 species are found in the northeastern hilly states with 41 species endemic to that region (Sharma and Nirmala 2015).

Tripura, a state in northeast India, has at least 19–21 species of bamboo. It covers 3,246 km2 of the state, which is approximately 31% of the total area. Given its comparative advantage, bamboo has emerged as one of the key thrust areas for industrial development in Tripura after natural gas and rubber (FSI, 2012)2.

The Government of Tripura formulated a State Bamboo Policy in 2001, and in 2007 “it developed Tripura Bamboo Mission (TBM) for integrated development of bamboo sector in the state. The Mission’s objectives of scaling up turnover of Bamboo sector and simultaneously increasing livelihood opportunities for poor are sought to be achieved through cluster development approach involving institution building, technological linkage, better market and credit facilities coupled with resource upgradation, working on a project mode. Majority of the beneficiaries are women and minorities who comprise of the poorest sections of the population in the state.” It is being implemented in a public-private partnership mode with Infrastructure Leasing and Financial Services (IL&FS) Clusters initiative.

A visit to a furniture cluster brought out the challenges of using bamboo to manufacture furniture in Tripura. Connectivity with markets (due to the remote location of the state) and on-time delivery are key issues. A bamboo hanger maker received an order but non-delivery of hooks from Kolkata on time (on account of festival season) translated into cancellation of the order and accumulation of inventory.

A visit to a self-help group (SHG) also showed the importance of the SHG in connecting to the market. The development of the SHG had given the women tremendous confidence in themselves, financial independence, and of course skills, but lack of regular orders meant that work was sporadic. The cluster was near their villages, which meant that they could balance their house duties and work. The SHG had converted to a producers’ group and the TBM was helping them to connect to the markets. Further, the SHG had hired designers in bamboo to help them come up with new products. 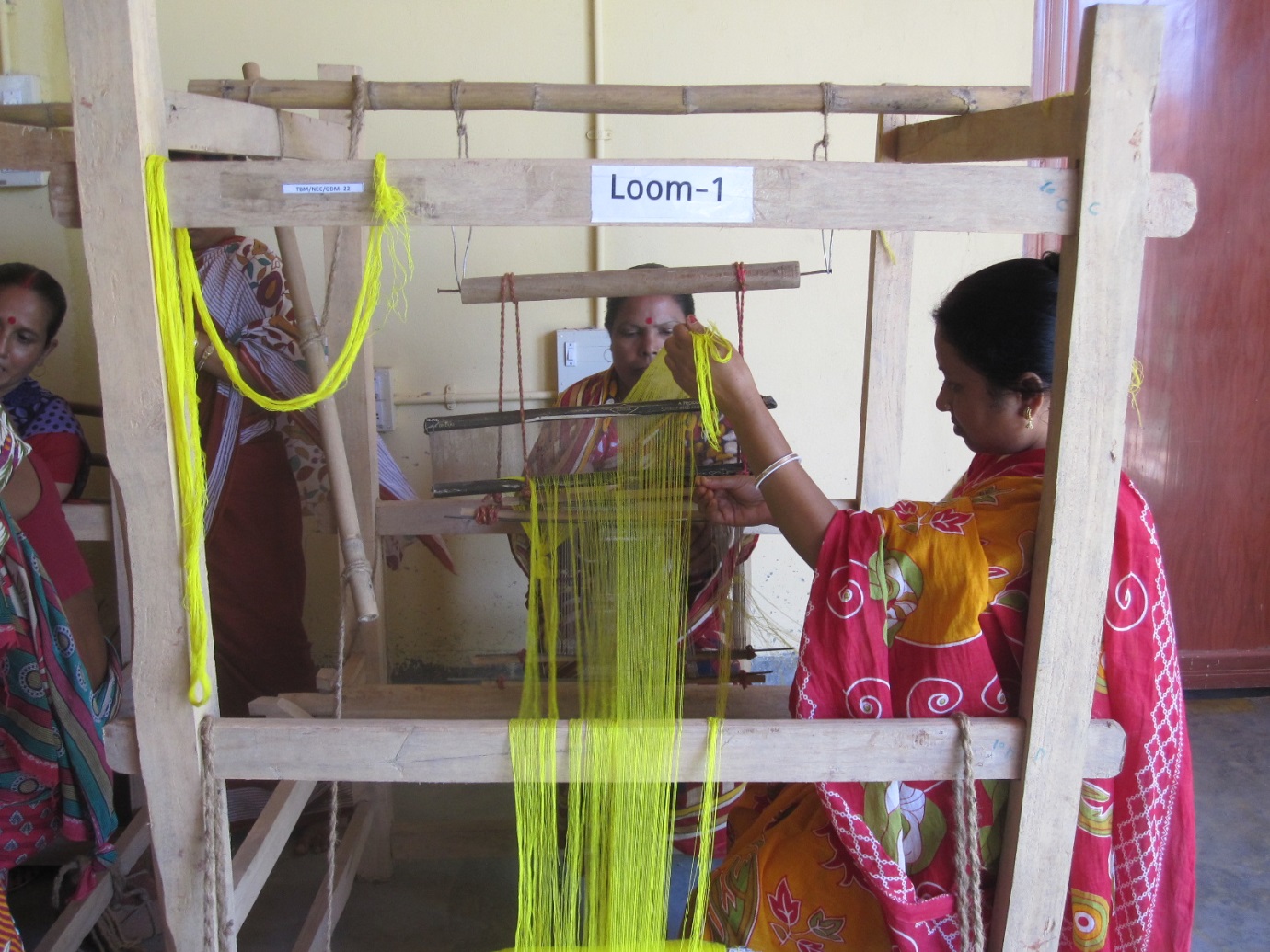 The real question is whether this livelihood approach is sustainable in the face of technological shocks, changes in trade policy, and other exogenous factors. The workers are especially challenged as they have few other skills or opportunities. This is illustrated by the ubiquitous incense stick. TBM (2017) documents the fast transition from handmade production of incense sticks (the basic raw material) to semi-mechanised products in the last 2–3 years. Combined with reduction in import duty from 30% to 10% and flowering of the main species of bamboo in 2008, the demand for incense sticks produced in the state decreased substantially (TBM, 2017). As per TBM (2017), in the last 3–4 years, the production of bamboo sticks has reduced to one fifth of the capacity, and livelihood of 1.5 lakh households were affected. Tripura has lost its dominant position of supplying 70% of incense sticks to China and Vietnam. The state had recently begun to impart skills in semi-mechanised ways of production, and entrepreneurs were slowly adopting the semi-mechanised technology.

A private enterprise, located in a first of its kind Bamboo Park in Agartala, Tripura, opened a bamboo wood manufacturing unit and commenced commercial production in 2014. A semi-automated facility, employing 100 people, the unit is producing wood from bamboo and manufacturing products out of that wood, including furniture, flooring, panels, outdoor decking etc. It is the first of its kind in the state. These products are new in India but have an international market, which is dominated by China. 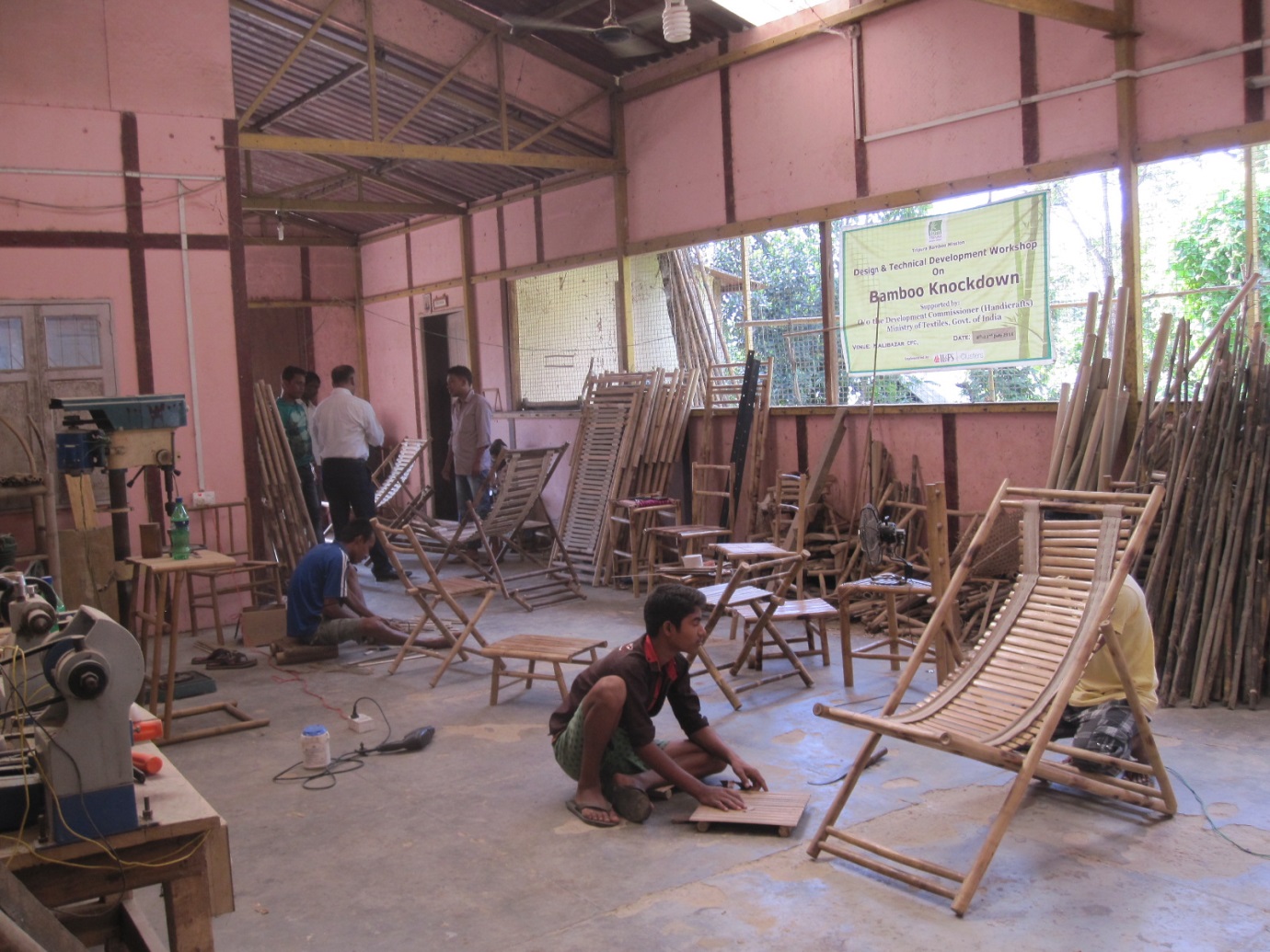 Completion of grades VIII, X, or XII. Ninety five per cent of its employees are Class VII pass-outs, who are then trained in both hard and soft skills for 7-8 months. Multi-skilling is required along with specialisation. The firm has a unique way of retaining fresh hires: it retains a portion of their salary for the first three months and if they work all three months, they get the remainder of the salary. The Regional Directorate of Apprenticeship Programme is in Kolkata.

The training given in the local Industrial Training Institute (ITI) is not up to the mark. Although the Project Manager of the enterprise, is part of the advisory group of the local ITI, the perception is that the ITIs are not open to change. According to the managere, there is a vast gap in the skill level in the state and “mainland” India. Government jobs act as a disincentive for the educated to work in the private industry.

As per the interviews, right now in India, bamboo dust, a side product of making semi-mechanised incense sticks, is thrown away. In China, bamboo dust is used to make bamboo bricks. Bamboo has a lot of potential and can be a game changer, both for the state and the country, if the industry is encouraged to make innovative products that have international demand.

Since bamboo is a renewable source, it is green in nature. A shift from livelihood-based production of goods to more modern goods is required and should be encouraged. Education, skilling, re-skilling and up-skilling would be critical elements of this process.

This article is based on field visit that was conducted in Agartala, Tripura in November 2016. The author is grateful to TBM, IL&FS Skills, and Mr Rabin Bose of Mutha Industries.

Views are personal and do not necessarily represent those of the organisation.

The push and pull of skilling

Himayat - A silent skills revolution in the making