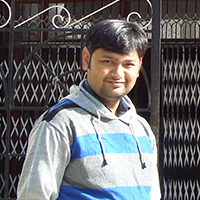 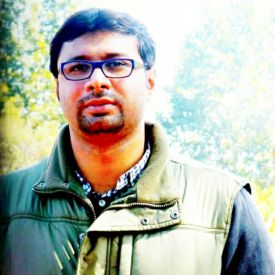 In this ‘Note from the Field’, two Prime Minister’s Rural Development Fellows describe a government funded project in the state of West Bengal that seeks to generate self-employment opportunities and sustainable livelihood options for rural people via self-help groups. They discuss the successes of the project and the lessons that can be learnt for the design and implementation of other such initiatives.

‘Muktidhara’ is a Bengali word which means obtaining freedom from the clutches of poverty, and entering a stream of development through a participatory and collective approach. The Muktidhara project in West Bengal was launched in March 2013 on a pilot basis in Purulia district to improve the socioeconomic status of the rural people, as the district fares poorly in terms of the Human Development Index (HDI) (West Bengal Human Development Report 2004). The project is primarily funded by the West Bengal state government, and the training component is funded by National Bank for Agricultural and Rural Development (NABARD).

Objectives of the Muktidhara project

The primary aim is to reduce the dependency of the livelihoods of rural people on selling fuel wood by addressing concerns pertaining to mono-cropping practices, traditional methods of cultivation, food sufficiency of rural families, effective market linkages and seasonal migration of farmers. The project seeks to address these problems by generating self-employment opportunities and providing sustainable livelihood options to the self-help groups (SHGs) of Purulia. SHGs have been chosen as the unit of intervention with the purpose of building a sense of collective responsibility and ownership. In the initial phase, the project will cover 850 SHGs of Purulia I and Balarampur blocks of the district.

The project seeks to motivate each household of the SHGs to participate in multiple income generating activities and earn at least Rs. 3,000 per month. Moreover, it aims to bring in a sense of women empowerment in the district by involving rural women in livelihood activities, thereby, enabling them to lead dignified lives.

Training and capacity-building sessions were organised for graduate Self-help groups (SHGs)12 by trainers from model SHGs covered under the Rajiv Gandhi Mahila Vikas Pariyojana (RGMVP)3 programme that is currently being implemented in the state of Uttar Pradesh. Following this, households in the trained SHGs were encouraged to prepare achievable, outcome-based and time bound plans for their respective families. As most of the women in the target group were farmers, they planned agricultural activities supported by livestock based activities and some plantation works. 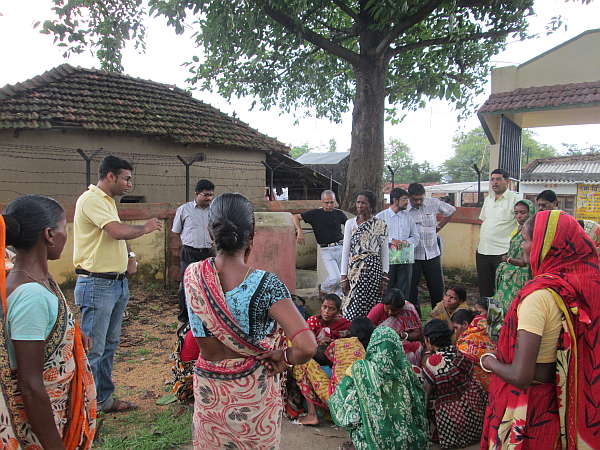 Thus, SHG members planned multiple activities for their families. Bank loans could be obtained through the SHGs to meet the initial investment. These loans were extended primarily by public sector banks such as State Bank of India and Central Bank of India. No collaterals and guarantors were required to sanction these loans. Although these loans were sanctioned to the groups, they were then distributed among the members based on budget estimates of their individual plans. This group approach not only facilitates sanctioning of loans not also ensures repayment.

At this juncture, it was found that agricultural techniques used by the villagers of Purulia were less advanced as compared to the neighbouring villages. Hence, appropriate interventions to improve practices were undertaken – for example, water management, crop management, pest management, fertiliser management and so on. A handbook to train the field level executives working on the project was developed keeping in mind these agricultural interventions. Moreover, innovations such as machann4 structures for climber plants, system of rice intensification (SRI) and direct seeded rice technology for paddy cultivation were also introduced. For instance, the machann structure costs around Rs. 3000, but the investment ensures cropping practice for at least three years through multiple cropping. These innovations have been operationalised with the help of local experts, and technical inputs from a Community Based Organisation (CBO) working in Purulia were also sought. 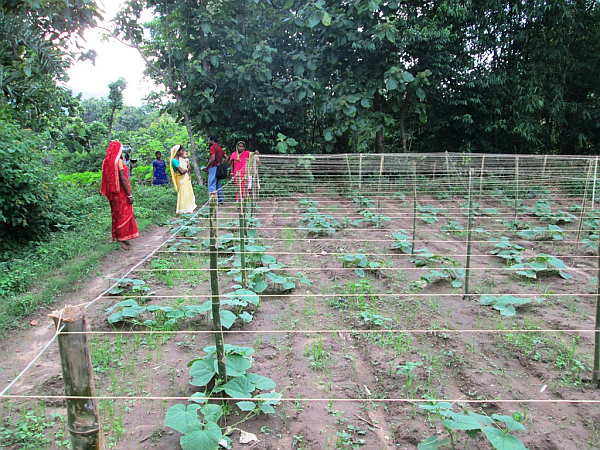 Zero cash subsidy: The project involves extending the necessary support services to target groups without providing any cash benefit. Input costs for all livelihood activities are incurred by the beneficiaries – these may be financed via bank loans obtained through SHGs. Technical inputs in terms of methods of cultivation, application of fertilisers etc., and other support services such as training, field demonstration etc. are provided by the district administration from time to time.

A unique example of convergence: The project seeks to bring together all relevant stakeholders, and facilitates the utilisation of individual expertise for the collective good of the target groups. One example of convergence is the inclusion of the concerned line departments of the government in the project. Their expertise in various fields such as vaccination of cattle is used on the ground to facilitate the implementation of projects being undertaken by the beneficiaries of the project.

Individual nurturing through group effort: Day to day problems related to livelihood initiatives undertaken by individuals are identified and addressed at the group level. Hence, the group as a whole takes responsibility for the progress of the various activities being carried out by individuals. Community-level resource persons and other concerned stakeholders are called upon for assistance in case of any problems. This not only leads to regular monitoring of the activities and ensures good loan repayment rates of the groups, but also strengthens group dynamism.

Gayatri Paramanik, a girl in her 20s, belongs to an SHG called Sathi Mahila Samati. As part of this project, she has prepared a livelihood generation plan for her family. She obtained a loan of Rs. 7,000 from the bank through her SHG, and is now engaged in goat rearing and agriculture. While she initially came forward and raised several doubts with regard to vegetable Machaan cultivation, she now motivates others to take it up as she has been able to earn a profit of Rs. 9,932 (Rs. 3100 expenditure in terms of input costs) from a single crop within a period of three months. Hence, this initiative has provided her with an income of about Rs. 3300 per month out of a 10 decimal land. Given this success, she has now pledged to never keep her kitchen garden fallow in the future as her family often did in the past. She is even happy to report that she is paying her loan interest regularly. 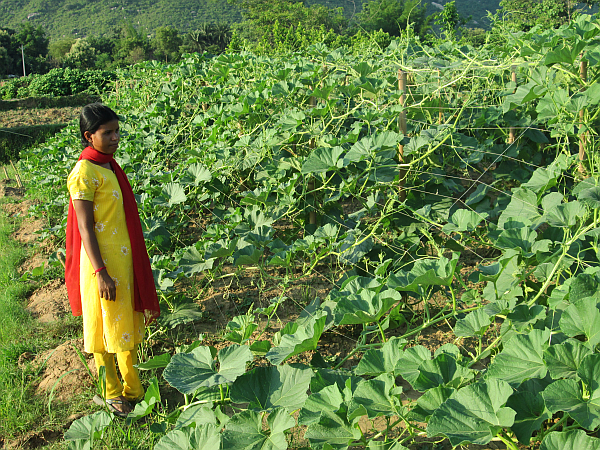 A farmer named Mukhi Majhi has managed to earn Rs. 490 in a period of 28 days from 70 kilograms of white radish which was sown along with bitter gourd, on the same piece of land. Following the three-month period, the bitter gourd plants also started bearing fruit, which would fetch Mukhi at least Rs.25-30 per Kilogram (two tire cropping). Moreover, she has obtained a loan of approximately Rs. 7500 from her SHG for lac cultivation too.

The implementation of the project so far suggests scope for improvement in the following areas:

Currently this project is running in two blocks of Purulia district, will be replicated in the remaining 18 blocks soon. Further, there are plans to institutionalise the SHGs involved - representatives from these SHGs will represent their groups at sub-cluster and cluster levels, that is, Gram Sansad and Gram Panchayat levels respectively. These cluster level members will represent the larger concerns of the groups and the areas they belong to, and act as an interface between the government agencies and the rural masses for various social issues like education, health, banking services etc.