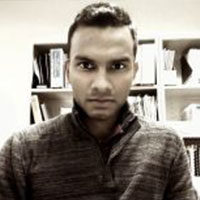 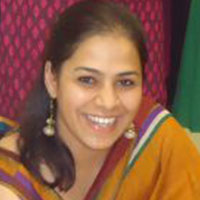 India’s progress in reducing infant and maternal mortality is rather slow. This column shows the extent of shortfall of gynaecologists and auxiliary nurse midwives - the frontline of the battle against infant and maternal mortality – across health facilities in the country. It argues that along with absenteeism in public services, vacancies is a crucial area that requires improvement.

On 15 August 2016, in his Independence Day address, Prime Minister Narendra Modi promised a safety net of up to Rs. 100,000 for families who lived below the official poverty line. This programme, however, may do little for people who lack access to qualified medical personnel. 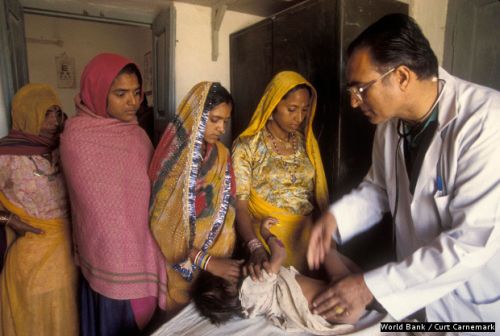 Up to 62% of government hospitals don’t have a gynaecologist on staff and an estimated 22% of sub-centres are short of auxiliary nurse midwives1 (ANMs) –together, gynaecologists and ANMs are the frontline of the battle against infant and maternal mortality – according to our analysis of District Level Household Survey (DLHS-4) data. At the same time, health facilities are fewer than required, which means that the actual shortfall in personnel is much higher.

In 30% of India’s districts, sub-centres with ANMs serve double the patients they are meant to.

Consider these statistics in light of India’s slow progress in reducing maternal and infant mortality. Despite the fact that eight in 10 babies were born in hospitals in 2011-12, up from 41% in 2005-06, according to government data, India continues to have the highest rate of infant mortality among BRICS (Brazil, Russia, India, China, South Africa) nations, as IndiaSpend reported in May 2016.

More money, more health sub-centres over 10 years, but where are the staff?

Our analysis of India’s DLHS data reveals that a large proportion of healthcare facilities across India don’t have the required number of trained medical personnel on staff, creating impossible caseloads for those on duty. This problem is most pronounced in public hospitals and rural areas, which serve the most vulnerable Indian citizens.

Absenteeism matters - but so do vacancies

Much has been written about absenteeism amongst public sector employees and its impact on basic public services, including its impact on the quality of health services (Dhaliwal and Hanna 2014 and Callen et al. 2013). The absenteeism rate across the public education and health sectors in India was 40%, tying with Indonesia, according to this 2006 study by Chaudhury et al. (2006) conducted across primary schools and primary health centres in six countries.

Much less attention has focused on the vacancies in the public sector and especially the public health system. While the number of healthcare facilities across India has increased substantially, as we indicated, the count of medical personnel has not kept pace - and rural facilities have the largest gap between the supply and demand of basic health services, as measured by vacancies.

Since the launch of NRHM, two rounds of DLHS (round 3 in 2008 and round 4 in 2013) have been conducted which highlight the staffing gaps in maternal and child health.

In short, DLHS-4 indicates that close to 62% of government hospitals do not have a gynaecologist on staff. 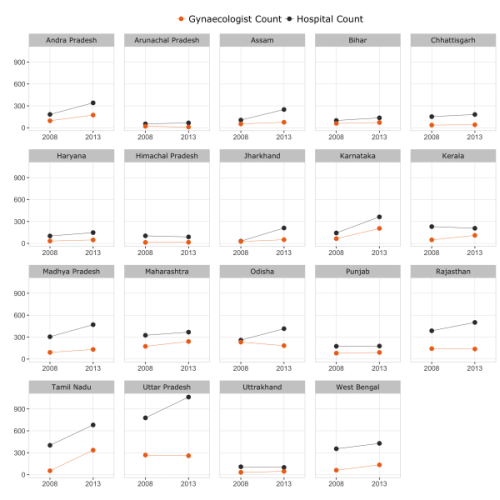 The government finds it hard to meet its own standards

The Government of India increased funding to the health sector through NRHM and put out the India Public Health Standard (IPHS) in 2007 (updated in 2012) which prescribes healthcare standards for facilities and personnel.

These updated standards aim to address the shortfall in doctors and other staff in public health facilities. There should be at least one sub-centre per 5,000 people, and each sub-centre should have at least one ANM on staff, according to IPHS standards.

Figure 2a. Spatial variation in percentage of ANM vacancies in sub-centres 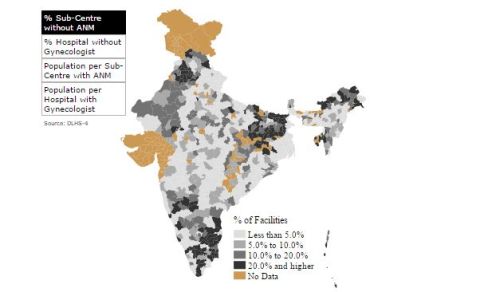 Figure 2b. Spatial variation in percentage of gynaecologist vacancies in hospitals 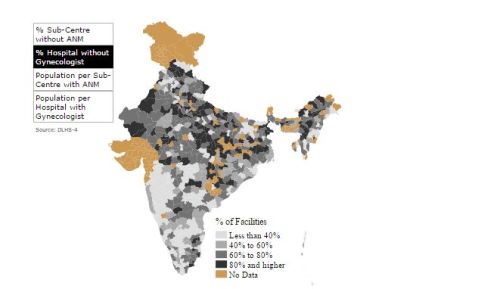 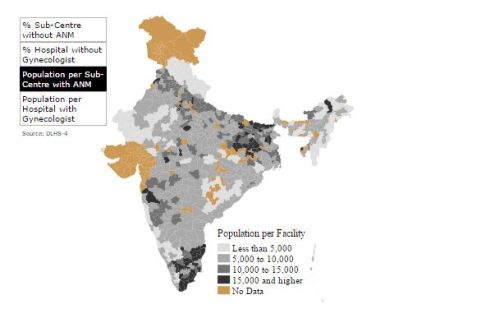 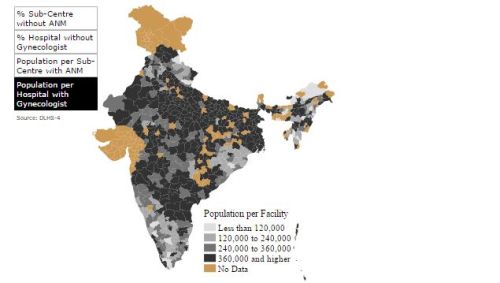 Note: These figures exclude Gujarat and Jammu & Kashmir, for which DLHS-4 data have not been released.

Figure 2 shows spatial variations in the percentage of vacancies and population served per facility with the required personnel on staff. The map provides district-level information on the percentage of facilities without an ANM or gynaecologist, as well as the population served by each of these workers. ANMs are India’s bulwark against maternal and infant mortality: For any lower-level health facility, such as the sub-centre, an ANM is the first point of contact for pregnant women seeking healthcare. Yet many sub-centres remain without an ANM, and the majority of hospitals still do not have a single gynaecologist.

Figure 3a. Average population per sub-centre 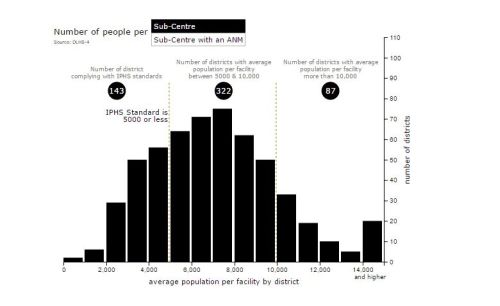 Figure 3b. Average population per sub-centre with an ANM 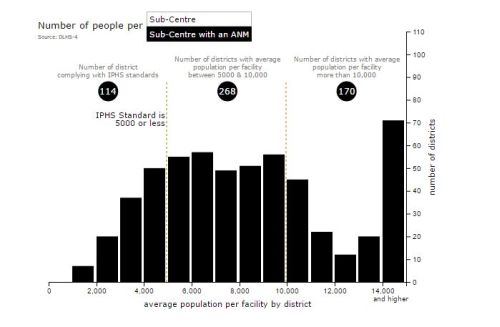 Figure 4a. Average population per hospital 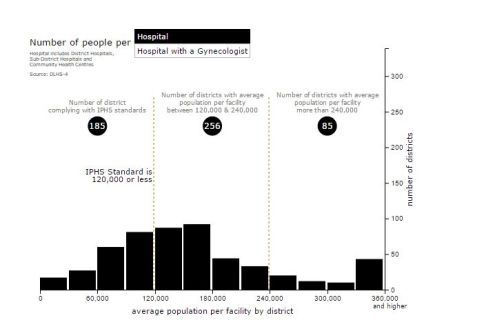 Figure 4b. Average population per hospital with a gynaecologist 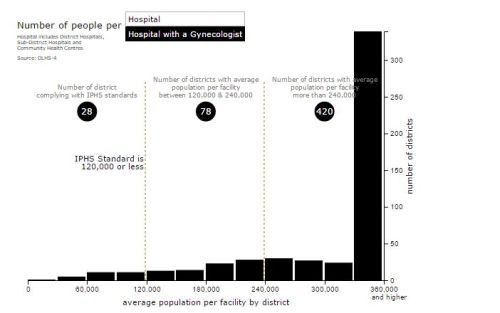 The deficit of health workers in the current public health system is clear.

In the public debate over how to ensure high-quality public services for all Indians, vacancies must stand alongside absenteeism as a critical area for improvement. Until these vacancies are filled, infrastructure investments and financial safety nets will fall short of ensuring adequate access to quality healthcare for the poorest Indians.

This article first appeared on IndiaSpend.