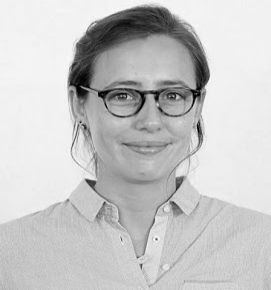 While affirmative action policies are widely used to tackle the underrepresentation of certain groups, their efficiency is fiercely debated. This article uses novel data from India to explore how quotas in local political councils for marginalised castes affect everyday discrimination. It finds that such quotas reduce caste-based discrimination by around one-fifth, but the effect disappears when the quotas are removed.

Several caste features induce inertia for caste-based discrimination and may justify the implementation of affirmative action. Affirmative action allows governments to immediately and visibly change outcomes of interest, for example, the caste composition of university students. However, affirmative action is also controversial: people outside its target can feel discriminated against. Thus, the objective is typically to repeal quotas or other affirmation measures, once they have allowed the society to reach a non-discriminatory equilibrium. What may be the legacy of such transitory quota? The redistributive effect of caste-based electoral quotas is subject to debate (Besley et al. 2004, Jensenius 2015). However, quotas are also likely to have long-lasting effects if they change the way in which people interact with each other.

Discrimination through exclusion from streets

Discrimination is notoriously difficult to measure. I am able to overcome this difficulty thanks to an exceptional question from the Rural Economic and Development Survey. The survey records whether households were excluded from some streets because of their caste in the years 1996 and 2006. Members of the marginalised Scheduled castes (henceforth, SCs), still face widespread discrimination which takes a variety of forms. Street exclusion is one of the forms of caste-based discrimination. In 2006, 44.5% households of the SCs report suffering from caste-based street exclusions, this exclusion rate was 20 percentage points higher in 1996.

The change in declarations of exclusion from public goods such as streets provides an original proxy of discrimination, which is interesting for two main reasons. First, since streets are a public good, street exclusion is a proxy for taste-based discrimination, the form of discrimination which is costly to society (Becker 1957).1  Second, in line with the plea in Bertrand and Duflo (2016), even imperfect measures of absolute discrimination remain useful to evaluate changes induced by anti-discriminatory interventions.

Electoral quotas are one of the prominent policies implemented to fight caste-based discrimination in India. Members of the SCs, and other marginalised groups, benefit from quotas in the form of seat reservations in local political assemblies (Gram Panchayats). Quotas rotate across villages at each election, every five years, and are allocated by each state administration.

Ongoing SC quotas appear to reduce caste-based discrimination. Indeed, members of the SCs declare significantly less street exclusion the year there is a SC quota in their village (that is the year they are ‘treated’ by the quota). Ongoing SC quotas decrease street exclusions by about 10 percentage points for the households of the SCs. However, the effect is not permanent: it vanishes once the quota comes to an end. To put things in perspective, since roughly every second household reports exclusion in the SC sample, ongoing quotas decrease the likelihood of street exclusion by about one-fifth.

The channels through which quotas reduce discrimination

The electoral representation imposed through political quotas may impact people’s actions and inter-group relations through different channels. One can classify these channels according to their key players: the political leader (who comes from the minority group), the members of the minority group, or the majority. A minority leader can improve access to public goods for his/her peers through construction, improved service, or network effects (Besley et al. 2004, Iyer et al. 2012, Gille 2017). As for the minority members, quotas can affect either the probability that they will voice their concerns, or their within-group solidarity, aspirations, or feelings of legitimacy (Hirschman 1970, Dunning 2010, Beaman et al. 2012, Iyer et al. 2012). Turning to members of the majority, exposition by a political leader from the minority can affect their personal stereotypes, meaning a private cognitive bias toward members of the minority (Beaman et al. 2009). Exposition by a leader from the minority can also change the perception of norms of public interactions, that is, whether it is appropriate to publicly discriminate against minority members, at a given level of cognitive bias (Chauchard 2014).

In both cases, members of the dominant castes change their behaviour for the duration of the electoral term, which is consistent with a reduction of street exclusions during SC quotas. However, the transitory nature of the reduction of discrimination is inconsistent with alternative channels, which would lead to changes that are more persistent.

Auxiliary results are consistent with the leader or social norm channels, and inconsistent with alternative channels such as a change in the stereotypes held by members of the dominant castes, or a change in the aspirations of members of the lower castes. Indeed, SC quotas have a significant effect on street exclusions only after the end of the second year of the implementation of the quota. This delayed effect is not consistent with the immediate update in aspirations observed in field experiments (Hoff and Pandey 2006). Moreover, the quotas do not improve members of the SCs’ perception of caste-based discrimination in the job market. These results are inconsistent with a change in the non-SC households’ stereotypes because, if stereotypes evolve, they should do so in both the public sphere (street exclusions) and the private sphere (work-related interactions). For the same reason, these results are hard to reconcile with an interpretation of the variable of exclusion from streets as a measure of respondents’ perceptions of their legitimacy, independent of the actions of members of the non-SC castes.

Overall, affirmative action policies allow for a big push toward reducing discriminatory practices. I document that ongoing electoral quotas reduce the practice of everyday discrimination by about one-fifth. A one-shot quota is already enough to observe this effect. However, a one-shot electoral quota does not appear to be enough to affect stereotypes and aspirations: the reduction in discriminatory practices is transitory and tied to the ongoing quota.

A revised version of this column first appeared on VoxEU.org:https://voxeu.org/article/when-quotas-reduce-discrimination