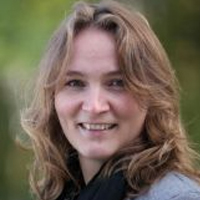 To guarantee the political inclusion of the historically marginalised groups, electoral quotas have been in place for them in India since 1950. Analysing the constituency-level impact of quotas for Scheduled Castes in state assemblies, this column finds no detectable effects on overall development or redistribution to Scheduled Castes during 1971-2000. However, these quotas have had several important positive effects beyond development.

Electoral quotas have become increasingly common across the world in recent years. Quotas are an effective way of preventing the systematic exclusion of historically marginalised groups - such as women or minorities - from political power. It is less clear whether we should expect them to affect policy choices or development patterns.

India has always been at the forefront of quota debates. Before independence there were ongoing discussions about how to best guarantee the political inclusion of minority groups. It was chosen to have an electoral system similar to the British, with plurality elections1 in single-member constituencies2 (electoral districts). Evidence from across the world has shown that this electoral system makes it harder for traditionally marginalised communities to enter politics compared to more proportional electoral systems3.

Recognising that several groups would have a hard time getting elected with this electoral system, the drafters of the Indian Constitution discussed the possibility of granting quotas or other political safeguards to various groups. After intense deliberations, it was decided that neither women nor religious minorities would be given electoral safeguards in independent India, while the Scheduled Castes (SCs, the former “untouchables”) and Scheduled Tribes (STs) were granted reserved seats in the lower house of the Parliament (Lok Sabha) and the state assemblies, in proportion to their share of the population (16% and 7%, respectively) (Jensenius 2015). These quotas are separate from the educational and job quotas that have been extensively debated in India in recent years. The electoral quotas have been in effect since 1950, bringing thousands of SC and ST politicians to power across India since then.

In recent years there has been considerable academic interest in exploring the socioeconomic effects of electoral quotas in India, mainly focusing on the quotas implemented in local-level politics in the 1990s. Quotas at the state and national level for SCs and STs have received less academic (and public) attention. Yet, these electoral quotas warrant study in the context of socioeconomic effects, as they have been in place for a longer time and have given a large number of SC and ST politicians access to considerable resources. In fact, other countries can learn much from the Indian experience, given that the quotas for SCs and STs are the most extensive and longest-standing electoral quota in the world.

In one of the few studies on the impact of state-level quotas on spending at the state level, Pande (2003) found strong effects of ST quotas on overall spending, educational spending, and ST welfare spending, while the patterns for SC politicians were weaker: more SCs in positions of power was not associated with changes in total spending, nor with spending on education, land reform, or welfare spending for SCs or STs, but was associated with a higher proportion of government jobs being reserved for SCs and STs. Using the same empirical approach as Pande, Chin and Prakash (2011) found evidence of reduced poverty when more ST politicians were in power, but reported no significant effect of SC reservation on poverty.

A hitherto unexplored empirical question is whether the quotas for SCs in state assemblies have affected the overall level of development or the redistribution to SCs at the constituency level. This is interesting to study, as politicians in India spend most of their time in their constituencies and are thought to be important in helping citizens to access state resources. If SC politicians are less able to perform these services – as they are sometimes thought to be ‘weak´ or ‘inefficient´ – we should expect to see less overall development in areas reserved for SCs. Also, if SC politicians systematically try to benefit the SC community within their constituencies, we should expect to see more redistribution to SCs in reserved constituencies than in comparable general (non-reserved) constituencies.

In recent research, I explore the constituency-level development effects of state-level quotas for SCs (Jensenius 2015b). My paper combines evidence from more than 100 in-depth interviews with Indian politicians, civil servants, activists and voters from four Indian states (Delhi, Himachal Pradesh, Uttar Pradesh and Karnataka) and a dataset of constituency-level development indicators. I look both at changes to the overall level of development, and the distribution of resources between SCs and others. The dataset includes estimates of development indicators for more than 3,100 state assembly constituencies from the 15 largest Indian states in 1971 and 2001, making it possible to examine development patterns in reserved and general constituencies over a 30-year period.

Comparing matched pairs of constituencies, I find that 30 years of quotas had no detectable constituency-level effect on overall development or redistribution to SCs, neither on the literacy rates or employment patterns of SCs or non-SCs, nor on village amenities in reserved constituencies4

Why are there no development effects from Scheduled Caste quotas?

Based on evidence from interviews with politicians and civil servants, I argue that even though some SC politicians may wish to work more for the interest of the SC community, they are limited in their actions by the desire to be re-nominated by political parties and by the need to appeal to non-SC voters to win elections. As SCs usually constitute a minority of the voters in SC-reserved constituencies, politicians elected there face a majority non-SC electorate and have no incentive to work particularly for SCs5.

The quotas for SCs were designed this way with these incentives in mind. In the famous confrontation between Ambedkar and Gandhi leading up to the Poona Pact of 1932, Ambedkar was asking for reserved seats with separate electorates in order to make SC-politicians accountable to an SC-only electorate. Gandhi was opposed to separate electorates because he thought it would separate SCs from the rest of the population. He wanted to break down the stigma associated with being SC and integrate SCs into the Hindu fold (Jensenius 2015). And the quotas ended up doing that: they incentivise all political parties to run SC candidates and support them in winning elections and they incentivise SC politicians to become agents of their parties rather than agents of their group.

And this gets us back to what effects we should expect from quotas. If more development is understood to be the main goal for having quotas, then the no-impact findings on development make the quotas for SCs seem like a failure. Making SC politicians accountable to an SC electorate may have incentivised more development effects. However, there are also many other important effects of these quotas. They have contributed to breaking social boundaries by bringing a marginalised community into positions of power – a group that most likely would have been elected in small numbers had it not been for these quotas. They have also significantly altered the perception of SCs in society (Chauchard 2014), have made voters more positive to SCs as politicians, and seem to have reduced caste-based discrimination in reserved areas (Jensenius 2013). It is also important to note that the inclusion of SCs in Indian politics may have had overall equilibrium effects on policy choices that are hard to identify and measure. And finally, as one of the key arguments against quotas, both in India and elsewhere, is that they may harm political efficiency by bringing inexperienced politician to power - these findings suggest that this fear may be exaggerated.