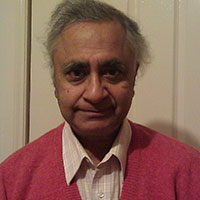 Preliminary results from the World Bank’s International Comparison Program, which seeks to compare the economies of 199 countries across the globe, were released recently. In this article, Ranjan Ray, Professor of Economics, Monash University, highlights several features of the exercise that limits its usefulness for a diverse country such as India, and makes recommendations for the next round.

The recently released preliminary results of the 2011 exercise of the International Comparison Program (ICP) (World Bank 2014) have attracted considerable attention from the media and economists. The ICP seeks to provide estimates of the Purchasing Power Parity (PPP) of a country’s currency with respect to a numeraire currency (currency of the reference country), namely, the US dollar. The objective is to make the Gross Domestic Products (GDP) comparable across countries, which in turn can be used to compare the size of the economy, 1 economic welfare of the populations (by looking at per capita estimates), productivity, investment potential, incidence of poverty etc.2

In this column, I point to several features of the ICP exercise that limit its usefulness for large and diverse countries such as India and China, and draw attention to empirical evidence in support of this claim (Ray 2014).

Although the ICP PPPs have come with the warning that they should not be used in poverty comparisons, that is the area which has seen one of the biggest applications of the PPP estimates. This has led to a fruitless but media-catching debate among experts on what is the ‘correct set’ of PPPs to use in poverty comparisons While the 2005 ICP exercise, published in 2008, led to headlines such as ‘The world is poorer than what we thought’, the 2011 ICP led to claims that ‘The world is richer than what we thought’! Yet, the poor have gone nowhere all this while! While the poverty number crunchers engage each other on the ‘correct estimates’ of world poverty, the poor continue to endure sub-human existence.

The figures for India from ICP 2011 show that the ratio of its PPP to exchange rate, known as the ‘Price level Index’ (PLI), has hardly changed over the period between ICP 2005 and ICP 2011, even though with the high growth rates recorded in India and the consequent increase in prices of non-tradeable items, the PLI should have moved towards one (in other words, PPP should have moved closer to exchange rate)3. That itself raises doubts on the validity of the latest PPPs. The failure of the PPP to move closer to the exchange rate in the case of India raises doubts on the validity of the latest PPPs.

Limitations of the ICP exercise for India

Recommendations for the next ICP

First, the governance structure of the ICP should change to give greater representation to the emerging economies and their statistical bodies in the highest levels of decision making on matters such as methodology and data collection. It is remarkable that while the OECD (Organisation for Economic Cooperation and Development), the Eurostat, International Monetary Fund (IMF), the US Bureau of Labour Statistics and, even Statistics Austria, had representatives on the ICP 2011 TAG, there is no such representation from either India or China. India should insist on having a representative from the National Sample Survey Organisation (NSSO) or the Ministry of Statistics and Programme Implementation in the highest level of decision making in the ICP, namely, in the TAG. While some input from academic researchers with expertise in price index numbers is desirable, we should strive to move away from an excessive reliance on them as is currently the case.

Second, there should be availability of sub-national PPP s both within and across countries and those that are specially targeted at the poor. For this, the ICP needs to require the participating countries to improve the collection of the information on prices paid by the poor.

Third, there needs to be a change in focus from global multilateral to regional PPPs. Bilateral PPPs between countries linked geographically, culturally, and by trade, should be calculated and made available along with the multilateral PPPs. This requires less centralisation in the global office of the World Bank and more power and resources to the regional organisations such as the Asian and the African Development Bank. In my view, the Asian Development Bank (ADB) did a much better job of calculating PPPs in the Asia Pacific region than ICP 2005 and ICP 2011 (ADB 2007).

Fourth, there needs to be a change of methodology to accord greater weight to changing preferences within and across countries, through the use of price indices that are based on regional expenditure patterns and regional prices in accordance with utility theory. This requires improvement in household budget surveys and greater synchronisation between surveys conducted in different countries. This is one area where the World Bank and the ICP can take a lead by seeking uniformity in the quantity and quality of information provided by the participating countries. India’s NSS provides a model for other countries to follow since it contains data at state level, further disaggregated between the rural and urban sectors, which is quite comparable across the states. This provides an additional reason for someone from the NSSO to be on the highest echelon of decision making in the ICP.

Finally, there is considerable scope for greater transparency in the ICP by making all the data and related information readily available on the internet. For example, the information on prices at the level of basic headings on which the ICP PPPs are calculated is not readily available. It should be possible for independent researchers to readily replicate the ICP estimates, benchmark them against alternative approaches, and examine possibilities for improvements in the ICP methodology and data collection.