Andhra Pradesh's youth training and employment scheme: Did it work? 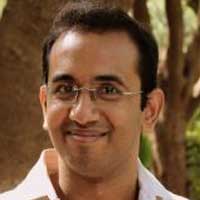 To promote youth employment, the state government of Andhra Pradesh launched an innovative public-private partnership programme for skill development, training and job placement for the youth. This note traces the beneficiaries of the programme and finds high drop-out rates among candidates placed in jobs under the programme. It suggests changes in the programme design to make candidates stay in their jobs for longer.

Employment provision for the youth has been and remains to be a key challenge in India. The youth unemployment rate (for age group 15-24) was 10.2% as per the National Sample Survey (NSS) 66th round in 2009-10. In this context, the Government of Andhra Pradesh launched an innovative public private partnership called Rajiv Yuva Kiranalu (RYK) to promote youth employment.

A key component of RYK is the Employment Generation and Marketing Mission (EGMM), which was initiated in 20051 . Under this mission, the state government works in partnership with private players (known as Training Partners (TP)) to provide free training to unemployed youth, and subsequently place the trained candidates with private employers. Hence, the programme aims to improve the quality of labour supply via skill development, and simultaneously bridge the demand-supply gap in the job market by involving private players in the training process. By merging the two steps into one programme, the government has done away with the need for signalling mechanisms such as a certification process2.

The whole mechanism begins with a bidding process wherein TPs bid by quoting the per trainee fee they expect the government to pay them for courses with pre-specified curricula, infrastructural requirements, timelines and minimum guaranteed competencies, with flexibility for the bidders to come up with novel courses. During this process, the bidders are expected to produce evidence of their tie-ups with employers for placement unless they have a prior placement record. After the technical and commercial evaluation by the government, the successful bidders or TPs are empanelled for three years and are given district-wise targets in terms of candidates enrolled for fulfilment within a financial year. The district-level functionaries with the help of Self Help Groups (SHG) mobilise unemployed youth for the training programme. The youth who offer themselves for training, subject to the minimum qualifications specified for each training programme, are provided residential training with free accommodation, food, training and placement services.

The TPs are given two types of payments by the government - a fixed sum of Rs. 2400 per month per trainee in metros (metropolitan cities) and Rs. 2100 per month per trainee in non-metros for boarding and lodging, and a training fee per trainee. The training fee is determined through the competitive bidding process described above, and varies across courses. In 2011-12, the average cost of training per candidate was Rs.11,324. The training fee is paid in four instalments. The first instalment of 25% is paid 15 days after a batch of around 40-60 candidates has commenced. The second instalment of 40% is paid only if at least 60% of the trained batch is placed in companies, subject to verification. The third instalment of 25% is paid if at least 60% of the placed candidates are retained in their jobs for at least three months. The final instalment of 10% is paid if the TPs update the whereabouts of the placed candidates in the EGMM database.

In 2011-12, the number of candidates placed through EGMM across Andhra Pradesh was 79,823, including 31,888 candidates from the seven Integrated Action Plan (IAP) districts3. 37 TPs were engaged by the state government during this period.

In December 2012, leveraging the presence of Prime Minister’s Rural Development Fellows (PMRDF4 ) across the seven IAP districts in the state, I undertook a tracer study5 of the EGMM component of the RYK programme (Kondepati 2013). The main objective of the study was to estimate the drop-out rate of employed candidates who were placed under the RYK programme and suggest ways to improve their retention rate. Drop-out rate is defined as percentage of candidates who dropped out of the job provided by the TP and who have not joined any other job at the time of the interview (12 months from date of placement, on average).

The study has been designed as a telephone-based survey of a sample of candidates from across districts to correct for the strong network effects found in employment. Network effects refer to trends where candidates take up employment in a particular city or with a particular employer because they have acquaintances there mostly from their village. In the same vein, the candidates drop out because they lose their acquaintances in the job location. In fact, some of the responses from candidates presented such reasons.

In addition, field visits and interactions with various state and district functionaries across the organisational structure of EGMM, TPs, employers, and trainees were undertaken as a part of the study.

Why did placed candidates quit their jobs?

The main reason for quitting the offered job is salaries; 54% candidates dropped out for this reason. The next key factor is coping problems with food, accommodation, climate etc., which accounts for 21% of the candidates. 11% candidates felt that pursuing further education would be better than continuing in their jobs, and hence, quit.

I found that the average salary of dropped out candidates is Rs. 4360 (while they were in the jobs offered to them), while the average salary of those continuing in their jobs is Rs. 5715, which is 31% higher. This clearly points towards the significance of salary in the decision to continue in the offered job. In terms of job location, dropout rate for jobs within their native district is 43%, those outside their district is 54% and those outside the state is 59%. This shows that distance is another significant factor in the decision to continue in the job.

As there is a high dropout rate of 51%, the current payment model for the TPs was examined for distorted incentives. It is estimated that only around 20% of TPs are claiming their post placement retention-based instalment after three months. Since the TPs are still engaged with the programme, it is safe to assume that they are making profits through the first and second instalments. From the interactions with the EGMM staff and TPs, it is learnt that the TPs are able to make profits by economising on the training costs majorly by employing low quality trainers. This lowering of quality explains the trend that the average placement salary came down in 2011-12 from that in 2010-11 when adjusted for inflation by 3 percentage points. Therefore, the TPs seem to be in a vicious cycle - the dropout rate is high, they cannot claim their post-placement retention instalment, they cut down on their training costs while keeping up their placement rate, they look for lower-quality jobs or low-paying jobs, and consequently the dropout rate goes higher.

In view of the above discussion on distorted incentives, the payment model could be restructured to incentivise TPs for placing candidates in high-paying jobs. In essence, instead of the second, third and fourth instalments, there could just be one slab of payment linked to average salaries of jobs obtained in a particular training batch. The immediate implication of this salary structure is that there is a direct incentive for the TP to increase his quality of training and thereby get an increased average salary for his placements. An increased salary would result in lower dropout rate. While this model does not address all the factors that contribute to dropout phenomenon such as coping problems, distance, working conditions etc., it would go a long way in improving the retention periods and percentages vis-à-vis the existing model.