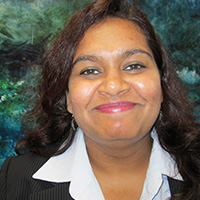 The Delhi metro has been operational for over a decade now. Has it helped reduce the high levels of air pollution? This column presents initial findings from research that suggests that the metro has encouraged people to switch from private to public mode of travel, resulting in positive effects on air quality in the city.

The Delhi Metro (DM), an intra-city electric rail system serving the National Capital Region (NCR) of India, has been operational since December 2002. By March 2012, the DM had an operational route length of 167 km1.

While a key motivation behind building a mass transit system in Delhi was to ease traffic congestion in the city, it is not hard to imagine that it may have a considerable impact on air quality as well. An improvement in air quality would presumably occur mainly due to the ‘traffic persion effect’. This refers to the possibility that commuters who were earlier using private modes of transport such as cars and two-wheelers switch to the DM leading to net reduction in the level of vehicular emissions.

Investigating whether this actually happened becomes particularly important for Delhi because the city is infamous for its high levels of air pollution. On most days between 2004 and 2006, the average levels of nitrogen dioxide and carbon monoxide exceeded the permissible standards set by the Central Pollution Control Board (CPCB)2. Such high levels of pollution raise health concerns for the city´s inhabitants. The adverse effects of air pollution on health outcomes such as damage to the central nervous system, worsening of asthma and an increase in infant mortality rates, are well documented (Block et al 2012; Currie and Walker 2011; Moretti and Neidell 2011). Studies conducted by the CPCB find that high pollution levels in Delhi are positively associated with lung function deficits and with respiratory ailments (CPCB 2008). Guttikunda and Apte (2009) found that about 10,900 premature deaths every year in Delhi occur due to ambient particulate matter pollution. In light of these facts, it is important to examine whether there has been any significant impact on air pollution in Delhi due to the operation of the metro.

Based on transport economics theories, it is not possible to predict whether the net effect of the DM on air quality will be positive or negative (Vickery 1969; Mohring 1972). The main argument is that along with the traffic persion effect, there could be a traffic creation effect due to introduction of a new mode of transportation. The latter refers to new demand for travel generated by a faster and arguably more comfortable mode of transport such as the DM. For example, new demand for travel could arise if, facilitated by the DM, people decide to relocate to the outskirts of the city to possibly benefit from cheaper real estate prices, and then commute longer distances to work. If part of the increased distance is covered using pollution intensive modes of transport (such as private cars), then this could negate any traffic persion effect and could lead to an increase in overall level of pollution.

An added dimension that needs to be considered while studying the net effect is the presence of two coal-based power plants within the city limits that were operational during our study period (2004-2006). If operation of the DM resulted in increased capacity utilisation of these plants in order to supply electricity for running it, then this could also contribute to higher overall emissions in the city.

Analysing the link between the metro and air quality

In our study, we examine the effect of the DM on air quality using data obtained from the CPCB on four pollutants3 – nitrogen dioxide, carbon monoxide, ozone and sulfur dioxide, between 2004 and 2006 (Goel and Gupta 2013). This data is collected at two locations in Delhi - ITO, a major traffic intersection in central Delhi, and Siri Fort, a residential locality in South Delhi. We obtained hourly data on temperature, rainfall, wind speed and relative humidity for Delhi from the India

Between 2004 and 2006 there were six extensions of the DM rail network. At each extension, we examine the time trend for each pollutant separately. We identify the localised, short term effect on pollution that can be attributed to each extension of the DM by conducting this analysis separately for pollution data from ITO and Siri Fort. Our preliminary analysis shows a reduction in the levels of nitrogen dioxide and carbon monoxide at both locations. This reduction varies between 24 to 29% for nitrogen dioxide and between 26 to 69% for carbon monoxide. For sulphur dioxide, we find an increase of 90% at ITO, and a decrease ranging between 35 to 89% for Siri Fort. For ozone, we do not find a uni-directional effect even across extensions at a particular location5.

To summarise, preliminary evidence points toward a reduction in the levels of nitrogen dioxide and carbon monoxide. Given that both nitrogen dioxide and carbon monoxide are important vehicular emissions, our initial findings suggest that the DM has encouraged people to switch from private to public mode of travel resulting in positive effects on air quality in the city. In the light of our findings and given the existing evidence on the adverse health effects of air pollution, these indirect health benefits should be taken into account when urban policy makers contemplate setting up large scale intra-city transportation systems. We provide a rationale for subsidising these mass transit systems, such as the metro or dedicated bus routes, even when the direct costs do not show a net profit. These public transport systems should be considered seriously for other cities that face similar challenges in terms of vehicular congestion and health costs due to pollution.

Two caveats should be kept in mind while interpreting and understanding these results. First, the large number of missing observations in the pollution data makes this analysis particularly challenging. Further examination is needed to ensure that our results are not being driven by the pattern of missing observations. Second, for a few extensions, the magnitudes of change in carbon monoxide and sulphur dioxide are very large to be driven solely by a traffic persion effect. Also, ozone is created in the presence of sunlight and nitrogen dioxide through a complicated non-linear process. The results for ozone do not show a consistent pattern in our analysis. In the light of these facts, further investigation is needed to rule out the possibility that our findings are not being driven by chance or poorly measured pollution data.