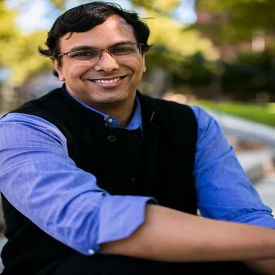 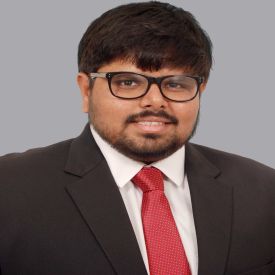 Even though micro and small enterprises make up over 99% of MSMEs in India, they receive a relatively small proportion of bank credit. Chandra and Muthusamy look at how lending to MSMEs has evolved over the last two decades, and the role of public sector banks and NBFCs in providing MSMEs with access to capital. They find that improvements in financial and regulatory systems could lead to increased employment in the MSME sector

When the Indian banking system was nationalised in 1969, one of the explicitly articulated justifications for the decision was to “promote growth in agriculture, small industries and export, and to encourage new entrepreneurs and to develop all backward areas.” The whole concept of priority sector lending (PSL) was initially meant to preferentially funnel capital into areas which were considered essential to India’s developmental project, even in the absence of attractive returns. There is some evidence that the opening of rural bank branches did improve access to capital for minority communities (Burgess and Pande 2005). But it is also clear that many of these aspirations, especially regarding lending to small businesses and industries, have failed to materialise after the year 2000.1 In fact, one of the characteristics of the last decade has been rising economic centralisation in India across industries (Chandra 2022), especially spatially: by March 2020, 10 districts accounted for 54% of all scheduled commercial bank (SCB) credit in the country (Dalal 2020).

How is credit being allocated to MSMEs?

According to 2016 NSS survey data, India’s micro, small, and medium enterprises (MSMEs) employ over 110 million people. This makes MSMEs the largest employing sector in India outside of agriculture. Within the MSME category, the distribution of firms is quite skewed.  Of the roughly 63 million MSMEs, 99.4% are micro, 0.5% are small, and a scant 0.1% fall in the medium category2. However, according to the RBI, 14% of gross bank credit went to MSMEs, and only 11% of this went to micro and small enterprises. One of the main reasons for this concentration of credit at the top is the dramatic change in the philosophy of credit allocation adopted by Indian banks, particularly in the public sector, over the last few decades.

For the last few decades, the “missing middle” has become a staple of economic conversations about India and developing countries more broadly (Krueger 2009). While many people have argued that labour laws are partly responsible for Indian firms deciding to stay small and not grow, perhaps an even more crippling problem has been simple access to growth and working capital. In fact, in recent times, the single largest infusion of capital into the MSME sector was arguably the Emergency Credit Line Guarantee Scheme (ECLGS), which provided a 100% government guarantee to banks and non-banking financial companies (NBFCs) to help MSMEs meet their working capital requirements and prevent them from defaulting during the Covid-19 pandemic. This policy disbursed over Rs. 1,700 billion (almost 90% of which was through public sector or private banks) to MSMEs between May 2020 and June 2021. Not surprisingly, private banks and NBFCs (with 6.2% and 11.1% non-performing asset (NPA) rates on ECLGS loans) were much more effective at managing and targeting these loans than public sector banks (which had 17.4% NPA rates on ECLGS loans).

Between 2000 and 2015, much of bank lending in India was very focused on infrastructure and large corporate lending. Public sector banks liberally underwrote much of India’s infrastructural expansion during the 2010s, but part of the consequence of this was the erosion of branch-level lending practices and local expertise; when chasing after big ticket projects, the small MSME borrower arguably became less important as a customer and source of business. As the NPA crisis was increasingly acknowledged from the mid-2010s onwards3, banks pulled back from funding infrastructure, and instead found a new outlet for lending: consumer finance. As of March 2022, personal loans (for housing, vehicles, credit cards, etc.) accounted for over 28.4% of gross bank credit in the country – almost double the amount that went to MSMEs; lending to MSMEs was simply considered too complicated without enough return, while consumer finance was logistically much easier.

Who has filled this vacuum of MSME access to capital in the last decade? There has been a massive rise in the number of NBFCs trying to target the MSME sector as part of their business model. Many scheduled commercial banks have realised that they are neither competent nor interested in lending directly to small businesses anymore. Instead, they would rather lend (or co-lend) money to a smaller NBFC, let them add a few percent to the interest rate of the loan (which acts as their commission), and manage their small business lending portfolio for them.

Banking correspondents and co-lending have emerged as solutions which merge the origination and local market expertise of NBFCs and fintech platforms with the balance sheet strength of banks, usually with some kind of risk and revenue sharing to align incentives and keep the proposition commercially viable for all stakeholders. This has been a preferred approach for newer private banks (including RBL Bank, IDFC First, etc.), who are nimble and able to integrate easily with potential partners and scale business through co-lending across sectors. Public sector banks have been far more circumspect about such partnerships, and many of their partnerships still stick to sectors like housing and vehicle-based lending.

This NBFC/fintech platform space is arguably where the greatest amount of innovation is occurring in the MSME-facing financial system. Newer fintech companies are trying to use data-led, algorithm-driven approaches to managing MSME lending. One popular approach has been NBFCs tying up with fintech companies who have access to voluminous transaction data (such as PhonePe, BharatPe, PayTM or RazorPay) and offer credit with minimum diligence; and fintech companies providing end-to-end digital onboarding of borrowers (for example, NeoGrowth, Capital Float, Indifi). More recently, organisations have been tying up with data aggregators (including Amazon, Uber, Zomato, Swiggy, Ola, Flipkart, Udaan) to lend based on revenue data (Lending Kart, axio). Another set of platforms built by organisations like CredAvenue/Yubi, Vivriti Capital and Nimbus by Northern Arc have been trying to leverage their relationships with larger financial institutions, and their successful history of loan syndication to reduce the frictions of co-lending. They aim to do so by building digital solutions that improve turnaround times, while ensuring compliance and process controls required by banks. This makes it easier to link loan originators and large pools of capitals, including scheduled commercial banks. Given the bureaucratic, administratively burdensome process that MSME borrowing has historically been through the banking system, many of these innovations could change the space dramatically if they gain wider acceptance.

Ultimately, this is still a somewhat risky space with evolving approaches and business models. Oft touted growth metrics for startups do not work for the area of lending–losses are often backended, and are realised later in the tenor of the loan. One bad loan can wipe out profits from 8-10 loans, because of which even 5-7% NPA rates are unsustainable in the long term.

Market risk events like the pandemic and associated lockdowns had deep repercussions across the sector with some players, including fintech-led models, seeing huge losses and fundamental pivots in lending approaches. As a result, the entire empirical basis of lending is being slowly revised. MSMEs’ financial problems are not solely on the borrowing end; they often end up being at the receivables end as well. Due to the large power asymmetry in the supply chain with larger suppliers and consumers, MSMEs face inordinate delays in payments, which draws them into a cycle of higher input costs, larger working capital cycles and interest costs to fund these gaps. A recent report estimates that Rs. 10,700 billion, or roughly 5.9% of the gross value added (GVA) of Indian businesses, is “locked up annually as delayed payments from buyers to MSMEs” (Global Alliance for Mass Entrepreneurship (GAME) and Dun & Bradstreet, 2022). Government backed public sector undertakings (PSUs) as well as the exchequer are significant contributors to these locked up cashflows.

The good news is that the lending space seems to finally be adapting itself to the needs of MSMEs, rather than treating MSME lending as a subset of corporate lending or personal loans. The number of customised financial products and platforms for MSMEs’ borrowing is increasing,in this space – where PSL institutions have fallen short in pushing innovation. Venture capital is taking bets on trying to build platforms and cultivate MSMEs as potential customers. Over time, robust solutions will emerge as front runners. The bad news is that with such experimentation, there can be a fair amount of predatory lending as well. The explosion in ‘buy now, pay later’ products and the horror stories that are emerging from the personal lending space are best avoided in the MSME space, where millions of jobs and livelihoods are on the line. How the regulatory system will handle this is an open question. However, if some of these experiments in financial innovation work out, it has the potential to generate tens of millions of fresh employment in India’s MSME sector in coming years.

This post is the fourth in a six-part series on 'The good jobs challenge in India'.