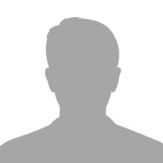 This note presents a narrative that is based on an interview conducted on 15 April with a tailor who walked most of the way from Jaipur to his home in Farrukhabad district in Uttar Pradesh, after the announcement of the national lockdown.

The tailor was an elected member of the Nagar Palika of his town during 2012-2017. In 2018, he moved to East Delhi with his wife and three children. Initially they were quite happy in Delhi and found the schools relatively good. The atmosphere in his neighbourhood deteriorated and communal tensions rose in 2019. The family moved back to the safety of their home at the end of that year. He started work again in his father’s shop but there was not enough work to meet school and household expenses. His sister invited him to come and live with her family in Jaipur where there was more work. The lockdown was announced after he had been there three months. We documented this story because it illustrates that there are no stereotypical migrants – they come from many different walks of life. Their shared experience is their loss of livelihood and the traumatic separation from their family during a life-threatening crisis.

I saw news of the lockdown on my mobile phone on the night of 24 March. I had been staying with my sister in the Idgah neighborhood of Jaipur for a little over three months and working in a tailoring shop in the area. Four of my relatives also worked in the same shop. My wife and three boys were in our home in Farrukhabad District of Uttar Pradesh. I spent the next day indoors. The following evening a van came to the road crossing near us with packets of food from a local NGO. A group stood near the entrance to the neighbourhood with large sticks and took control over the food packets. Some claimed they were police, but no one was in uniform. The next morning we saw some of these packets (empty or half-eaten) strewn by the rubbish dump and in the drains. I was well provided for at my sister’s house but my co-workers were hungry since all the roadside eateries were closed. I carried food to them and we decided we should somehow leave at nightfall the next day. The lockdown may be long and conditions may worsen. While there was no dearth of necessities at my sister’s house for now, there was no telling what would happen if the lockdown continued and my nephews lost their tailoring jobs. I had always worked for a living, I could not bear to burden my sister’s family or reach out to others with cupped hands. I was owed Rs. 3,000 by my employer but he said he could not pay me until the situation improved.

We set out after nightfall on the 27th. As I left my sister handed me a packet of food and put a thousand rupees into my pocket, adding to five hundred of my own. We started walking, one behind the other, three or four meters apart, afraid to be recognised as a single group. We saw others coming in from all sides, and by the time we reached the police barricade, about 3 kilometres away, we were a large number, too many to control or hold back. There were all sorts in the crowd, some walked easily, others with difficulty. They let us pass.

We must have gone 50 kilometres towards Agra before we lay down by the side of the road, and slept fitfully for a couple of hours. We got to our feet as the light came into the sky. The eldest among us turned back saying, “it is a long road, I will not manage it”. The rest of us continued. We kept hoping to find some kind of a ride but there was almost no one on the roads. We felt death at our heels and had to somehow get home.

There were villages along the way. At the first village, there was some kind of a religious reading going on in a tent. They let us in to rest, brought us buttermilk. We kept receiving bits of food, whatever was available. In the small towns, there were sometimes food packets, chips, and bottles of water. Neither the travellers nor the villagers cared about class or religion. They wished us well, took video clips of us on their phones, and gave us faith in humanity and confidence that we would reach our destination. We finally reached Bharatpur and found a tractor that took us about 30 kilometers. There must have been about 40 of us packed into it. Then on foot again until we reached Agra bus station late that night. At a police outpost, 25 kilometres from Agra, we were told we would be quarantined in schools if we went ahead, but we kept moving. In Agra, I called a relative who had a barber shop. They could not move outside the house but said their doors were open to us if we could make our way there. They had omelettes waiting for us and we stayed the night.

The curfew like conditions in Agra were much worse than Jaipur – no one could even sit on their doorstep. We left at 8 the next morning, the time when people were allowed out of their houses for essentials. We walked to Tundla, where we found an autorickshaw driver who was willing to take us for 50 kilometres for Rs. 1,500. From there we walked to Etah. We were still 80 kilometres from home. Luckily we found a matador van carrying vegetables and scrambled in the back until its destination in Aliganj, and another tractor carrying the wheat harvest to Karimganj. I then called my sister who sent an e-rickshaw from our neighbourhood to take us the remaining 10 km. home. We reached on the night of the 29th, a little over two days after leaving Jaipur.

It has been over two weeks but still feels as if I have just entered my house and sat down in front of my wife and three children. When I see news of crowds of workers at bus stations, I feel their pain – our story is one. Stuck far away, one does not think of food or belongings, just a desperate longing to reach our family and a place we belong. I am not quite sure what the future holds. The police are taking bribes from labourers wanting to work and from grocery shops, which are supposed to be open. My father’s tailoring shop is closed for now. My wife usually works from home, on embroidery and stitching accessories on fashion garments for city shops. There is no work these days because the sequins and other accessories are mostly from China, and there are also no customers. We will manage something provided the lockdown ends soon.

This piece first appeared in The Hindu: https://www.thehindu.com/todays-paper/tp-national/tp-otherstates/a-tailors-long-journey-from-jaipur-to-farrukhabad-to-be-with-family/article31548168.ece

A very moving piece, straight from the heart. I have been wrestling with my emotions reading about the tailor walking back home, not knowing how he and his family will get there. There are so many like him, walking home without a penny in their pockets. How long will this state of affairs continue?