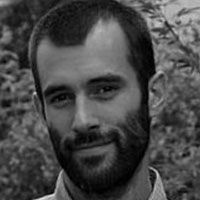 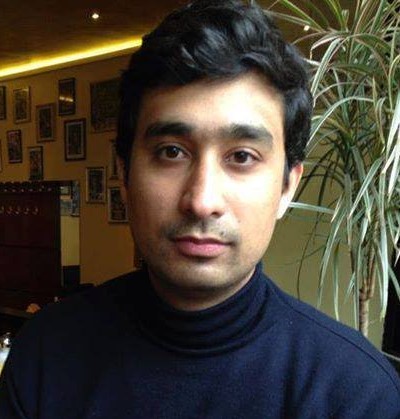 Democracies are known to have better economic development outcomes over the longer run. However, it is not clear whether giving citizens the right to vote is sufficient for ensuring an effective degree of political participation or competition. Creating a novel, district-level dataset from 1921-1957, this article examines how political behaviour is shaped by two class-based extensions of voting rights in India.

Many scholars through the ages – from Aristotle’s Essays on Politics to Tocqueville’s Democracy in America and Sen’s Democracy as a Universal Value – have debated whether democracy matters for development. Recent empirical evidence strongly suggests that democracies have better economic development outcomes over the longer run (Papaioannou and Siourounis 2008, Acemoglu et al. 2019). However, democracy is a very broad concept and it is not clear whether giving citizens the right to vote – an essential component of democracy – is enough to ensure an effective degree of political participation or political competition that some observers have argued is needed to control corruption or promote growth. In fact, one-third of all countries in the world were classified as autocracies despite having universal adult suffrage, due to, among other factors, a lack of political competition (Luhrmann et al. 2017).

Evolution of voting rights in India

We investigate two specific episodes of voting rights extensions in India to see whether and how they led to changes in political behaviour (Cassan, Iyer and Mirza 2020). The first episode we study is the 1935 Government of India Act from the colonial period, which significantly lowered property ownership requirements for voting. Prior to this reform, only 2.5% of the population had the right to vote. This fraction increased to 11.9% as a result of this reform. The second is the extension of universal adult franchise by the 1950 Constitution of post-independence India to all citizens above the age of 21. After this reform, 49% of the entire population had the right to vote.

We construct a novel historical dataset of provincial electoral results from 1921 to 1957, where we track administrative districts over time and see how political participation and competition in those units were affected by the two enfranchisement reforms. The Government of India Act of 1919 – following the Montagu-Chelmsford report of 1918 – introduced direct elections for members of the central and provincial legislatures. The Act mandated that at least 70% of members in provincial councils were to be elected members, but limited suffrage to those above a certain level of income or property.1

Following a decade where the independence movement grew in size and influence, the Government of India Act of 1935 provided greater legislative and policy powers to the elected legislatures and also dramatically reduced the property thresholds required to obtain the right to vote. Suffrage was also extended in some provinces to educated persons (including literate women), and to wives or widows of qualified male voters (with higher property thresholds than required for voting by males). As mentioned earlier, the nationwide fraction of enfranchised electors increased to 11.9% in the provincial elections of 1937, though the figures varied considerably across provinces from 18.7% in Bombay and Sind to 7.8% in Bihar and Orissa. These differences across provinces are driven both by differences in the voting requirements across provinces, and by differences in the distribution of assets, incomes, and education levels.

We construct two measures of citizen participation in electoral politics: voter turnout (that is, the fraction of registered voters who actually cast votes), and the number of candidates per 1,000 registered voters. We find that districts where enfranchisement increased a lot actually show a proportionally smaller increase in voter turnout, compared to areas where enfranchisement did not increase as much. A similar result is obtained for the 1950 reform. We also find that the number of candidates per 1,000 registered voters showed a significantly smaller increase in the more enfranchised areas after the 1935 reform. The 1950 reform also shows a relative proportional decline in candidate participation, but the latter is not statistically significant. These results strongly suggest that newly enfranchised voters are not as politically engaged. In other words, the newly conferred rights are not being adequately availed of by the beneficiaries.

Despite the smaller increases in citizen participation, the increased number of voters does result in statistically significant increases in the extent of political competition faced by candidates. The 1935 reforms resulted in a large decrease in the rate of re-election of members of provincial legislatures (that is, a decline in incumbency advantage). On the other hand, the 1950 move to universal suffrage leads to an increase in the number of candidates contesting each seat, though there is no decline in incumbency advantage with this reform.

We also examined education spending as an important policy outcome. We find that districts that increased enfranchisement by 10 percentage points also obtained 5% higher education spending per capita after the 1935 reform. This is consistent with the cross-country evidence of democracy resulting in better economic growth and education attainment (Acemoglu et al. 2019). Lack of district-level spending data in the post-independence period precludes us from conducting a similar analysis for the 1950 reform.

Overall, our results suggest that conferring the right to vote does not result in a proportional increase in political participation. However, even this less-than-proportional increase in political participation does seem to be sufficient to lead to increased political competition and changes in policies. This means that while other complementary reforms, such as improving voter awareness, may be needed to reap the full benefits of democracy to ensure government accountability, political enfranchisement in itself does seem to lead to tangible changes in relation to those who are elected and the policies that are implemented.