Is the MNREGA fund crunch making the programme clientelistic? 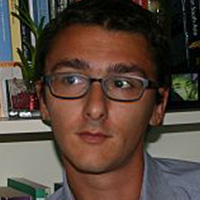 Fund allocation for MNREGA has seen a steady decline in real terms over the last few years. Analysing official MNREGA data along with survey data from Rajasthan, this column shows that in the face of limited financial resources, local implementers are more likely to allocate MNREGA jobs based on discretion and political motives.

The funds allocated to MNREGA started declining in real terms during the United Progressive Alliance (UPA) government. Nominal expenditure on the programme peaked in 2010-11, fell sharply in the following year, and remained by and large constant after that. However, in real terms, the contraction of MNREGA spending has been quite radical: nearly 50% between 2009-10 and 2014-15. The National Democratic Alliance (NDA) government increased MNREGA’s (nominal) budgetary allocation slightly, but the increase was not sufficient to compensate for inflation, and hence the 2015-16 budget was slightly reduced in real terms (Figure 1). 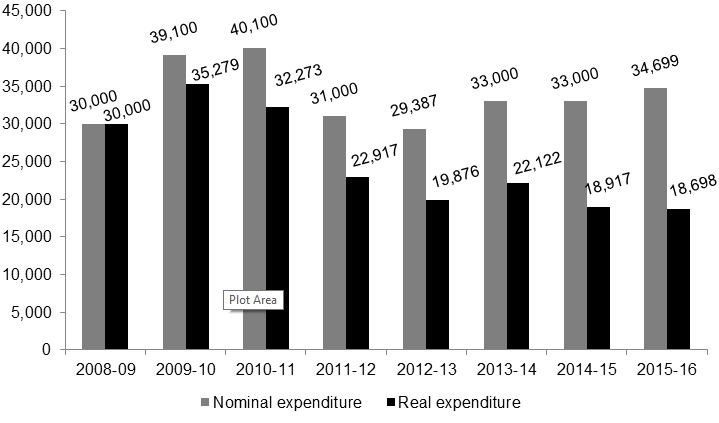 Source: Union Budget documents (revised estimates except for 2015-16), and authors’ calculations based on the Commodity Price Index (CPI).
Note: MNREGA expenditures are in Rs. crores.

Another indication of the erosion of the MNREGA budget in real terms is the fact that while the allocations were decreased, the notified wage to be paid to the workers was increased to account for inflation (Figure 2). Since the wage component represents more than 70% of the total MNREGA expenditure, the inverse relation between (declining) total allocation and (rising) wages further reduce the number of person-days that local implementers could provide to the wage seekers. 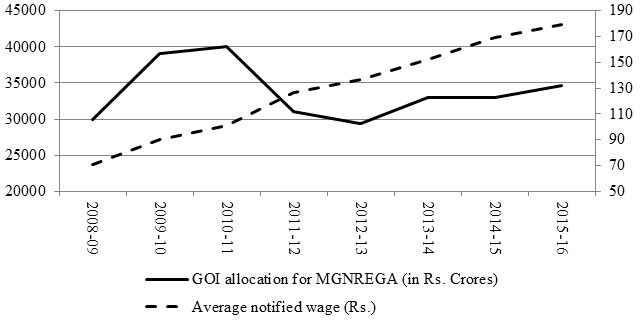 Source: Union budget documents and MNREGA notified circulars.
Note: MNREGA expenditures are in Rs. crores and wages are in Rs.

While the most direct consequence of shrinking budgetary allocations is the contraction of MNREGA employment, there are several other important implications like implementation deficiencies and administrative bottlenecks. A particularly important consequence is that the states have been struggling to pay the wages with the available budget and were thus forced to carry over outstanding liabilities from the previous years. This resulted in long delays in paying the workers and limited the availability of person-days that each state could afford. In 2014-15, MNREGA had pending liabilities amounting to Rs. 5,512 crores (Rs. 55,120 million) (Accountability Initiative, 2015).

In this column, we highlight another very important implication of the decision to reduce the budget for MNREGA: of the programme. As a right-based, demand-driven policy, the MNREGA is, by its very nature, a post-clientelistic programme (Manor 2013): since everyone is entitled to get work on demand and the government is supposed to ensure that enough financial resources are available to satisfy the demand for employment, the scope for selecting the scheme’s beneficiaries according to political considerations should be severely reduced. However, insufficient budgetary allocations can lead to a situation where the sarpanch (head of the village panchayat) distributes works according to his/her discretion.

We tested this hypothesis by looking at the employment generation data for panchayats (GP) in three districts of Rajasthan1. In February 2014, we interviewed 504 randomly selected MNREGA beneficiaries. We collected information on numerous socioeconomic indicators, including on the villages where the interviewees lived. We then looked at the number of days that each household worked under the MNREGA in three years: 2010-11, 2012-13 and2013-14 (as per official data). Our objective was to see whether households living in the same village as the sarpanch received more MNREGA work, which would be a clear indication of preferential treatment by the sarpanch to people who are likely his/her core supporters. This is what another study of the MNREGA in Rajasthan found to be true (Himanshu et al. 2015).

First, we analyse official MNREGA data on all the villages across the five GPs to compare the average person-days generated in villages where the sarpanch resides with that of all other villages. No significant difference is found between these villages in when the budgetary allocation for MNREGA peaked. By 2012-13, when the allocation dropped to an all-time low, we observe a significant difference between the average person-days generated in the two types of villages: Work generated in the sarpanch’s village is significantly more in comparison to other villages. In 2013-14, when there was a rise in fund allocation, the difference again becomes insignificant. In 2014-15, when the fund allocation remained constant, we again find a significant difference, though the relationship is weaker (Table 1). This clearly indicates discretion-based allocation of work by the implementing authorities of MNREGA headed by the sarpanch when faced with a fund crunch. We also find that as MNREGA allocation fell over the years, the number of households that were provided MNREGA work each year also declined.

We then carry out regression analysis using our survey data.The findings are similar to what we report in Table 1. In 2010-11, the households residing in villages where the sarpanch stays do not have significantly higher chances of working under MNREGA. However, in 2012-13 as well as 2013-14, we find a significant and positive relationship between these two variables indicating discretion-based allocation of MNREGA work.

We also explore if households residing in the same village as the sarpanch get more MNREGA workdays. As expected, we find that these households get more MNREGA work-days in 2012-13 and 2013-14. However, the relationship is found to be insignificant in 2010-11 (when the allocation peaked). It should be noted that the relationship is much weaker in 2013-14 implying that the (slight) increase in fund allocation in MNREGA compared to 2012-13 might have made the allocation of benefits less clientelistic in nature.

Preserving the right-based nature of MNREGA

Among the many implications of the fund crunch that successive governments have imposed on MNREGA, the discretionary and politically-motivated rationing of the programme benefits is particularly important, as it undermines the and demand-driven nature of the programme. In particular, our analysis suggests that when local implementers have a limited number of workdays to distribute due to limited availability of financial resources, they tend to prefer their own supporters, rather than providing jobs to those that demand them, as prescribed by the Act. Given the significant positive impact that MNREGA has had on India’s rural economy (as per an overwhelming majority of the studies on the programme), it is extremely important that the government allocates enough resources to preserve its right-based nature that has been the key to success in the initial years of implementation.