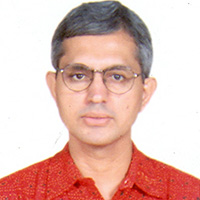 The transfer of technology to poorer countries is essential for development. This column asks how this process is affected by intellectual property rights and whether the data can provide some policy insights.

Technology transfer from the developed world to the developing world is a critical and controversial issue. Today, modern technology is becoming ever more concentrated in the hands of multinational corporations, rather than individuals, making the topic of technology transfer increasingly one of licensing. According to World Bank data, royalty and licence fee payments by developing countries totalled almost $27 billion in 2007. Survey evidence reveals, however, that multinationals have been hesitant about transferring frontier technology to many developing countries out of concern for weak protection of their intellectual property rights.

The transfer of technology is a complex phenomenon and occurs in several different ways – some indirect, such as international trade, foreign direct investment (FDI) and the movement of personnel, and some direct, such as licensing. In my recent work, I analyse the influence of stronger property rights on the licensing of technology (Kanwar 2012).

My hypothesis is that countries that provide stronger protection of property rights will receive more technology transfers, resulting in larger royalty and license fee payments. (These royalty and license fee payments are made for the right to use various kinds of intellectual property such as patents, industrial designs, layout designs of integrated circuits, utility models, technical instructions and so on.)

This index is criticised, however, for paying too little attention to the enforcement aspects of intellectual property protection, in particular to the efficacy of implementation across countries. My study addresses this concern by modifying the index to also include in its construction the ‘Gwartney-Lawson-Norton index’ of legal structure and property rights, which captures several additional aspects of the enforcement and implementation environment in a country – namely, the legal enforcement of contracts, judicial independence, impartiality of courts, integrity of the legal system, protection of property rights, restrictions on the sale of physical property, and military interference.

To ensure this exogeneity, I exploit the fact that some developing countries were forced to improve their property rights following the 1994 WTO agreement on trade-related aspects of intellectual property rights (known as the TRIPs agreement). Researchers of the international negotiations process argued that developing countries had comparatively little influence in the matter, and were caught in ‘webs of coercion’ used by the US and EU. By all accounts, the developing countries stiffly resisted having to strengthen their protection of intellectual property – partially evidenced by the fact that the Uruguay round of GATT negotiations dragged on for some eight years – for they feared decreased access to technology inflows via imitation and higher prices of products using protected technology. Developed countries used strong economic and diplomatic pressures to break this resistance. Thus, the US used Section 301 of its trade act, and the Generalized System of Preferences programme, to withdraw trade benefits and impose duties on imports from non-complying countries. Further, it used the Special 301 provisions to place on the ‘Watch List’ or ‘Priority Watch List’ (for punitive action) these non-complying nations. The EU enacted similar laws, but could not use them equally effectively for want of adequate consensus.

Although the developing countries overtly opposed the TRIPs agreement, some argue that their implementation strategy appears to indicate otherwise. While many delayed implementation to the extent possible and incorporated flexibility caveats in their amended laws, a surprising number appear to have gone beyond their obligations. Experts explain, however, that in many cases this was the result of delegating decision-making to regional bodies on account of deficient expertise and capacity in individual countries. As a result, national legislation in these countries was enacted without due consideration of local priorities and available flexibilities. This strengthening, in other words, was not voluntary, and was exogenous to the phenomenon of developing country technology inflows (and expectations thereof) over this period. Therefore, variations in the strength of intellectual property protection in developing countries post-1995 should help identify variations in technology transfer over this period.

As is well understood, technology transfer is determined by other country-related, time-varying factors as well. The size and level of development of the economy (captured by per capita income and population), the capacity to absorb foreign technology (represented by the stock of human capital), trade openness of the economy, and economic freedom – there are too many to list them all – are factors that partially explain the differences in technology transfer across these countries. Omitting these factors and concentrating solely on the protection variable would most probably yield biased estimates of the influence of the protection variable on technology transfer. Since these factors vary relatively little over time, they are picked up by country fixed effects. Finally, there are factors that are common across countries for a given time period, but change over time, such as the global financial and economic climate, the international financial architecture, global economic shocks and so on. These may be presumed to affect different countries in similar fashion but with varying intensity over time, and are captured as time fixed effects.

Looking at the data

Using panel data for the period 1995-2005, I find that stronger protection of intellectual property is associated with increased royalty and license fee payments by developing countries – or in other words, greater technology transfer into these countries. I find the index of protection to be strongly economically significant as well, with changes in this variable accounting for developing country technology inflows worth about $2.5 billion to $3.2 billion (base year 2000). These magnitudes constitute about 2.6% to 3.3% of the total value of technology transfer into developing countries over the sample period.