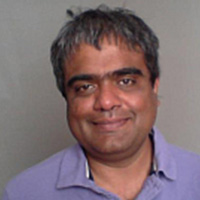 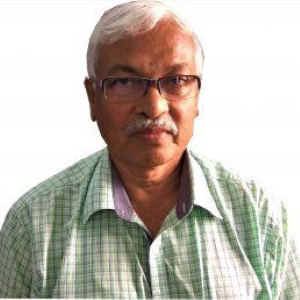 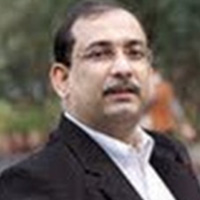 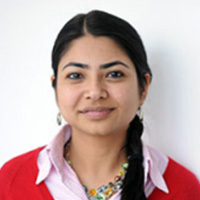 Being poor or marginalised often brings stigma, which may distort a person’s self-image, inducing sub-optimal choices and resulting in a psychological poverty trap. Based on a study conducted in Kolkata’s brothels, this article shows that psychological interventions to mitigate adverse effects of internalised stigma can induce positive behaviour change – both in the short and medium term – in the form of improved self-image, better savings choices, and preventive healthcare.

Economic analysis of poverty and social exclusion typically examines how external resource constraints perpetuate the lack of access to nutrition, credit, and education (Jensen 2010), or health precautions (Dupas 2011). However, such research often does not explain some ‘self-defeating’ behaviour of poor and marginalised individuals, for example, not taking up of welfare benefits (Moffit 1983, Currie et al. 2001), reluctance to open and use bank accounts (Bertrand et al. 2004) or to adopt cheap, preventive health measures (Katz and Hofer 1994), and so on. This puzzle prompted us to, therefore, consider an alternative approach – one that examines the role of internal or psychological constraints triggered by social exclusion in shaping individual behaviour and choices.

Being poor or marginalised often brings stigma, which may distort a person’s self-image (Goffman 1963). It can lead to a “self-fulfilling pessimism about the returns to effort for certain activities" (Loury 1999) and induce sub-optimal choices, resulting in a psychological poverty trap. The psychology literature on self-affirmation (Steele 1988, Sherman and Cohen 2006) posits that every individual wants to maintain a self-image of being a good, moral person, and threats to the adequacy of such a self-image can result in defensive reactions yielding counterproductive outcomes.

Therefore, in our research, we examine whether restoring an adequate self-image alone can be a trigger for positive behaviour changes among those who face social stigma (Ghosal et al. 2020). To address this issue, we worked with female sex workers in the state of Kolkata. These women face significant social stigma rooted in repugnance (Roth 2007) towards sex work, and they seem to internalise it. Such internalised stigma has been identified as a serious public health threat because it discourages sex workers from seeking healthcare, essential to preventing and treating HIV (Shannon and Montaner 2012).

The intervention we studied was a training programme to reduce such internalised stigma of sex workers, as a means to empower them for behaviour change. It consisted of eight weekly sessions in the form of group discussions among 15-20 sex workers. The programme was carried out by our local partner Durbar, a Kolkata-based NGO engaged in empowering sex workers for over 25 years. Sessions would begin with a discussion of participants’ individual identity as sex workers, framed to help them perceive themselves more positively: Could they perceive what they do as providing entertainment, and hence themselves as entertainment workers? Would they agree that they earned a living through honest means, and if so, would they regard themselves as morally superior to a thief? The intervention also tried to recast their group self-image and highlight their collective strength, citing their successful sex workers’ cooperative bank initiative (USHA) as an example. Using this foundation of a positively recast self-image, the programme then offered directed and perseverant effort pathways (for example, how to deal with violence, build mutual trust and organisation) towards better life outcomes.

At the end of each week, all programme participants (both ‘treatment’ and ‘control’, that is, those that received the training and those that did not) were offered a payment of Rs. 100. This payment could be received either into a current account that offered a lower interest rate or a fixed deposit account with a higher return in the long term. We intepret investment in a fixed deposit as reflecting more future-oriented effort by our study participants. Both types of accounts were held with the sex workers’ cooperative bank, USHA.

The control group participants also came together every week (in groups of approximately 20-25) to give us their savings choices. These weekly savings choices constitute one of our main economic outcome variables. We also tracked two other key outcomes for these sex workers: their self-reported psychological outcomes, and their routine health check-ups at Durbar clinics.

Three months after the eight-week programme, we find significantly improved self-image reported by sex workers who received the training, including a lower sense of shame about their occupation, greater ability to face challenges, and greater ease in public interaction.

We also find that the treatment group was 25-50 percentage points more likely than the control group, to choose a fixed deposit savings option over the current account (Figure 1). We interpret this finding as reflecting greater effort by the treatment group towards securing their future, triggered by their improved self-image. We rule out several alternative mechanisms that could be driving our savings results, including concerns that our participants may have unwittingly been ‘nudged’ to choose the fixed deposit following their interactions with experimenters (social desirability bias). 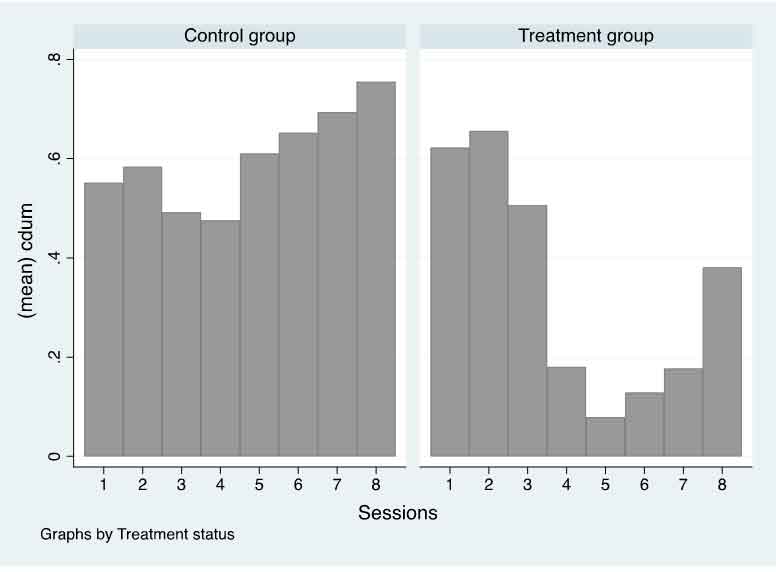 Sex workers who received the training also report a 9 percentage point increase in the likelihood of going for routine health check-ups over those who did not receive the training.

Importantly, we find that the above short-term effects of the programme on savings and health benefits also persist in the medium term. Using administrative (non-self-reported) data obtained from the official records of the cooperative bank and local health clinics, we find that the treatment group sex-workers were 53 percentage points more likely to keep their accounts open 15 months after the programme ended, along with higher account balances. They were also 15 percentage points more likely to continue with preventive health check-ups, 21 months after the programme (Figure 2). It is striking that this is despite no discussion of health issues during the eight-week programme.

Figure 2. Difference between treatment and control groups in health check-ups, over time 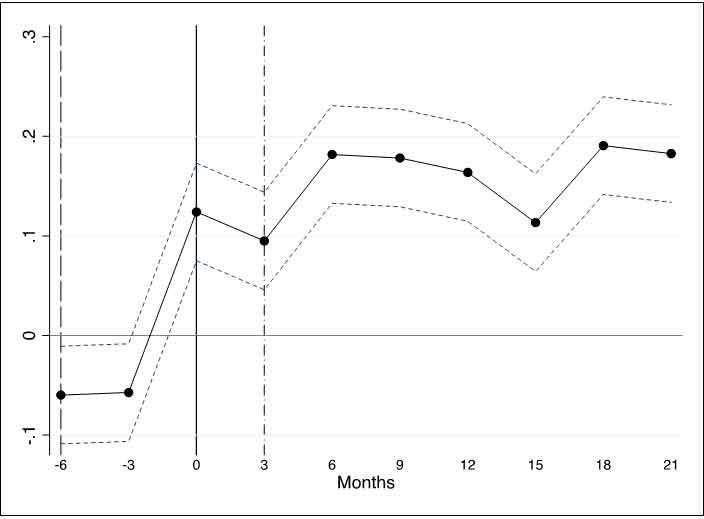 Based on the above findings, we conclude that this psychological intervention had positive and persistent effects on reducing internalised stigma within this marginalised group. The programme also encouraged them to take more purposive actions towards a better future in terms of financial and health outcomes. We believe that integrating such interventions aimed at psychological empowerment, with existing welfare programmes to relax external resource constraints of marginalised groups, can strengthen their efficacy and generate valuable insights about effective programme scale-up.

The authors would like to express their huge debt of gratitude to their co-author Dr. Jana who passed away on 8 May 2021 from Covid-19, for his pioneering work to empower sex workers in India and beyond.