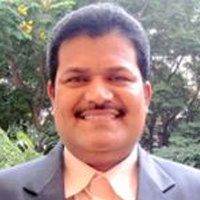 While research has established that financial inclusion programmes lead to economic upliftment of poor families owing to the participation of women, the evidence on the impact of such programmes on women empowerment is mixed. Based on a household survey data in India, this column finds that female-headed households that participate in financial inclusion programmes gain more in terms of economic well-being, vis-à-vis male-headed households.

It is a widely held view that growth is good, sustained high growth is better, and sustained high growth that is inclusive is the best-case scenario. Inclusive growth can only be achieved when all the weaker sectors of the economy, including agriculture and small-scale industries, are developed and brought at par with other sectors. Equitable growth, wherein the benefits of growth are distributed across all the sections of the population, is imperative for inclusive growth so that everyone participates in the growth process.

In this context, a significant strand of literature has examined the impact of inclusive finance1 on income levels of households. Many studies have suggested that financial inclusion (FI) programmes aimed at inclusive growth have a positive impact on the income levels of the participants (Thomas 1990, Haddad et al. 1997, Rawlings and Rubio 2005, Handa and Davis 2006). It is also established that FI programmes aid in economic upliftment of poor families owing to the participation of women (Mosley 2001, Kabeer 2001, Montgomery and Weiss 2011). However, evaluations of the effects of such programmes on women´s empowerment have generated mixed results - while some believe that FI programmes can induce a process of economic, social and political empowerment for women (Kabeer 2001, Montgomery and Weiss 2011), others are more sceptical and even point to a deterioration of women´s overall well-being (Navajas et al. 2000, Mosley 2011). Based on the evidence, development scholars and practitioners have sought to distil some of the ingredients that might increase the likelihood of empowerment of women participants of FI programmes, or at least reduce adverse effects.

The mixed evidence on the impact of FI programmes on women’s empowerment, which is in contradiction to the established viewpoint that such programmes aid in economic upliftment of poor families owing to women’s participation, motivates an in-depth analysis of the issue. Drawing mainly on insights from institutional and feminist economics, I present empirical evidence from an impact study of FI programmes in different regions of India (Swamy 2014).

My study investigates the level of impact of inclusive finance on annual incomes of participating poor households that are headed by women (women manage the financial resources) vis-à-vis that of male-headed households. I also look at the impact for three broad social categories, namely, (i) General (ii) Scheduled Caste/ Scheduled Tribes (SC/ ST), and (iii) Other Backward Classes (OBC).

Launched in 1992, self-help group (SHG)-Bank Linkage Programme2 (SBLP) has been a key tool for achieving FI in India. There has been steady progress under the SBLP; the total number of SHGs linked with banks was 7.46 million in March 2011.3 Of of the total number of bank-linked SHGs, those exclusively comprising women were 6 million, and amongst them 1.29 million were credit linked4. The total number of SHGs with loans outstanding as on 31 March 2011 stood at 4.78 million, of which exclusively-women SHGs were 3.98 million and covered 97 million women. Total amount of loans outstanding against SHGs as on 31 March 2011 was Rs. 312.21 billion, of which the total amount of loans outstanding against exclusively-women SHGs was Rs. 261.23 billion. Total savings amount of SHGs with banks as on 31 March 2011 was to the tune of Rs. 70.16 billion, of which the share of exclusively-women SHGs was Rs. 52.98 billion.

Another mechanism for achieving FI is basic banking ´no-frills´ accounts, with nil or very low minimum balance requirement and no charges for not maintaining such minimum balance. These were introduced as per an Reserve Bank of India (RBI) directive in 2005. By March 2012, 105.5 million no-frills accounts were opened by banks with outstanding balance of Rs. 93.3 billion.

The study shows that the impact of FI programmes leans positively towards female-headed households. The findings suggest that women possibly use resources in ways that improve family well-being and contribute to an increase in income levels of the households. This implies that gender matters in the impact of welfare programmes targeted at the poor, and this should be taken into account while shaping policies and programmes in this domain.