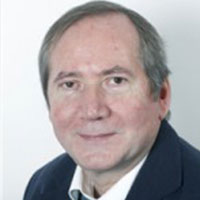 India stands out from other emerging economies because its growth has been led by the service sector rather than labour-intensive manufactures. This column summarises recent research showing that India has a long history of strength in services, and its service-led development may play to historical strengths rather than hindering its progress.

India’s recent spectacular rate of economic growth, combined with the sheer size of its population, means that it is beginning to take its place as one of the key players in the global economy (Bosworth et al. 2007). One way in which India stands out from other Asian economies is in the better performance of its service sector. Whereas other emerging Asian economies, such as China, have experienced growth led by dynamic manufacturing performance, India’s growth has been led by sectors such as business services.

Although we know a great deal about the long-run development of rich countries such as UK, we know much less about the past performance of less developed countries such as India. In recent research, we seek to remedy this by drawing on quantitative information collected by the British during their period of colonial rule in India to compare sectoral productivity performance in UK and India from 1870 to the present (Broadberry and Gupta 2008).

Our research demonstrates that India’s recent service-led development has deep historical roots. During the colonial period, India’s comparative productivity performance was already better in services than in industry or agriculture. This emphasis on services is in line with much recent research on long-run growth among the developed economies, which finds services playing a key role in comparative economic performance in the late 19th and early 20th centuries as well as during more recent times (Broadberry 2006).

India has long lagged behind UK. Between 1870 and 1970, output per worker in India fell from around 15% of the UK level in the economy as a whole to less than 10%, as India fell further behind. Since the 1970s, India has begun to catch up on the UK, but by the end of the 20th century it was still further behind than in the early 1870s. Even with the rapid growth achieved by India in recent years, it will take time for India to regain its relative position of the late 19th century.

Agriculture has an important part to play in explaining this disappointing overall Indian productivity performance. The sector remains India’s largest employer, accounting for three-quarters of Indian employment in the late 19th century and nearly two-thirds of employment today.

Furthermore, agriculture is the only sector where India has continued to fall further and further behind, with labour productivity dropping from around 10% of the UK level in the late 19th century to around 1% at the end of the 20th. It is clear that India needs to increase productivity in agriculture if overall productivity performance is to improve substantially.

Much of the existing research on economic growth and development emphasises the role of industry. This is particularly so in the context of 20th century Asia, where the high-profile cases of Japan, South Korea and China have all been seen as manufacturing-led development (Ohkawa and Rosovsky 1973, Pilat 1994).

The Indian case, however, does not conform to this pattern, and this shows up in the comparative productivity data. Indeed, although there have been fluctuations in comparative India/UK productivity in industry, there has been no trend, with India at around 15% of the UK level in the late 19th and late 20th centuries.

Only in services has there been an improvement in comparative India/UK labour productivity, from around 15% in the late 19th century to around 30% by the end of the 20thcentury. Services have thus played a positive role in India’s productivity performance throughout the period, limiting Indian relative decline before 1870 and leading the process of catching-up from the 1970s. The service sector productivity growth is not confined to modern services such as finance – it is also visible in trade and transport.

The productivity gap between UK and India has been smaller in services than in industry or agriculture since the First World War. The recent emergence of a dynamic service-led Indian economy thus has long historical roots. But why did the service sector perform better in India, even in colonial times? Our study suggests that the answer can be found at least in part in India’s education system.

This may at first sight seem surprising, since India’s record of investment in human capital, as well as in physical capital, has been less than impressive. Under-investment in education overall has clearly contributed to India’s disappointing productivity performance over the long run.

But there has been a longstanding bias in educational investment towards secondary and higher education, which has produced a small group of highly-educated workers, who have worked largely in services. This is relatively straightforward to demonstrate empirically for the recent past, when data are available on educational attainments of workers by sector.

It can also be shown for the colonial period, where data on literacy are available by caste. A small group of high castes, including not only the priestly Brahmans and warrior castes but also trading casts, desired secondary and higher education as well as primary education. However, the majority of the population, working in agriculture and cottage industry, required little education to perform their jobs and had little scope for advancement because of the caste system, so demand for education was depressed.

The first message to take away from this research is that India’s service-led development may be a strength rather than a weakness. The emphasis on manufacturing as the key sector for growth and the neglect of services has now largely disappeared in the analysis of economic performance in the developed world, but continues to hold sway in the analysis of developing countries.

The second message is that history matters for long-run economic performance. A development strategy that is in tune with the legacy of the past has a better chance of success than one that requires the eradication of that legacy.