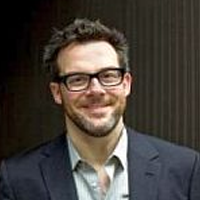 In the context of Bill Gates' commitment to chickens as a high-impact poverty intervention, Chris Blattman recently proposed a study to compare interventions that provide chicken rather than cash, and said that the answer is the best investment we could make to fight world poverty. In this article, Lant Pritchett refutes this view.

In a recent article in Vox discussing Bill Gates' commitment to chickens as a high-impact poverty intervention, Chris Blattman made the following statement about a proposed study to compare interventions that provide chickens rather than cash:

"It would be straightforward to run a study with a few thousand people in six countries, and eight or 12 variations, to understand which combination works best, where, and with whom. To me that answer is the best investment we could make to fight world poverty. The scholars at Innovations for Poverty Action who ran the livestock trial in Science agree with me. In fact, we've been trying, together, to get just such a comparative study started."

First, I suspect the reason I find this statement completely wrong and Chris Blattman thinks it is right is that we fundamentally disagree on how to define "world poverty." Crudely framed, some think world poverty is defined by a penurious poverty line like 'dollar a day'. By 'world poverty' I mean something like 'ten dollars a day' (and all of the detailed adjustments for PPP (purchasing power parity), inflation and measurement are such that 'dollar a day' might really now be US$1.90 a day and 'ten dollars a day' might now be US$15 a day, but these are conceptually inconsequential).

I think the world poverty with a penurious poverty line (WPPPL) is excessively paternalistic and discriminatory.

One of the traditional disciplinary strengths of economics is that its positive model of behaviour and its normative evaluation of outcomes were consistent. Our positive descriptive model of the behaviour of economic agents was that they made choices to maximise their well-being subject to the constraints they faced. Our normative evaluation of outcomes used the agents' own evaluation. While we might put more weight in a 'social welfare function' on agents with lower well-being than higher well-being we typically never supplanted agents' own judgments about what constituted their well-being.

The defining feature of a poverty line is that it induces, at best, a kink in the normative evaluation of income gains. Income gains above the poverty line count for exactly zero in WPPPL. This is paternalistic because no one thinks their own marginal utility of income is zero above a penurious poverty line. WPPPL produces a disjunction between how we describe what people want and how they behave and make choices and how we evaluate outcomes for them. It is extremely odd that economists should have ever bought into WPPPL as it has no economic rationale at all. Moreover, economics has always been open to and used normative evaluations that put more value on the gains to the poor without resorting to paternalism and imposing kinks.

Even if we are going to get kinky and use a poverty line since the incremental gains to income falls to exactly zero above the poverty line we should choose a poverty line where the marginal utility of income is low and can be approximated by zero. I have never seen anyone argue that 'dollar a day' (or any of its variants) meets that criterion: because it just factually doesn't. Banerjee and Duflo (2006) show that the rural 'dollar a day' poor in 13 countries spend on average 72 cents of every dollar on food, education or health (Table 3). It is absurd to think that the marginal utility of income is close to zero for those spending so much of their income on basic needs. There is no line at the penurious poverty line.

WPPPL is egregiously paternalistic. It says to roughly five billion people on the planet: "we are 'fighting world poverty' but we don't care about you at all—your wants, wishes, desires, needs, preferences or dreams—because you are above some completely arbitrary threshold we call the poverty line and we kink our concern at that point so you count for zero." This is "kinky development" (video). WPPPL is the social construct of a very narrow, very rich, global elite that is attempting to supplant their explicitly paternalistic agenda with that of people, groups, and governments around the world.

The second big problem is that WPPPL is explicitly discriminatory. The US poverty thresholds were roughly US$17 per person per day (these vary by household size and demographic composition; it is exactly US$16.67 for a household of four with two children). All of the official measurements of poverty use this definition. I have a hard time understanding why using a threshold of US$17 a day for Americans and US$1.90 (the World Bank update of 'dollar a day') to measure poverty for Kenyan or Nepalese or Pakistanis isn't seen as arbitrary discrimination. (Keep in mind all these are at PPP so these represent equal purchasing power). It seems a lot like social progressives in the West want one standard for their own citizens (mostly white, one might add to be mischievous) and another, near order of magnitude lower standard for world poverty (for mostly non-white people, persisting in mischief).

I prefer the much simpler non-discriminatory view that 'poor is poor' no matter your country of birth or residence we adopt the same standard for poverty for Germans, Serbs, Brazilians, Indians, Indonesians, and Tanzanians. And I believe that the poor in America really are poor in a meaningful sense and hence something like the US or German or Australian standard for poverty should be the standard for what we refer to as 'world poverty'.

One could create a special term for people below the penurious poverty line like 'destitution' or 'extreme poverty' or 'poorest of the poor' then it will be clear that there are two distinct goals one could pursue: 'fighting world poverty' and 'eliminating destitution'.

The second big area in which I suspect Chris and I might disagree is what it means to 'fight' world poverty and who is imagined as the active agent of that fight. One vision is that the fight is mainly programmatic - particular actions or interventions carried out by specific agents whose purpose is the fight. These could be governmental but also include the variety of funders and philanthropists and NGOs. The other vision is that the fight is mainly systemic and the reason most people are poor is that they live in a country with low levels of national development, a four-fold transformation of countries. One element of low national development is low economic productivity. In this vision the agents of the fight are people themselves, their associations, their societies and their governments (perhaps helped in various ways by external agents).

If one adopts a high-bar poverty line ('ten dollars a day') then it is obvious that 'chickens versus cash' is a trivial research question in the fight against world poverty (high bar). In fact, pretty much all redistributive programmes are a very small part of the fight against world poverty. The average PPP GDP (Gross Domestic Product) per capita in the United Nation's category of "Least Developed" countries is US$2,566 so even if per capita income were perfectly equally distributed each person would be at less than a third the US poverty line (roughly US$7,500 per person). The only solution to world poverty is vast increases in the productivity per person which would be the result of sustained economic growth that is broadly shared and increases in national development. This is going to require the answers to many complex and interesting questions, and research into those questions is, to my mind, the domain of development scholarship. And, when national development is achieved the kinky development agenda is (nearly) completely solved through general social progress. It is also the fact that penurious poverty line does not include the majority of the population in most large developing countries and hence cannot be the inclusive agenda of democratic governments in a way that a lack of prosperity definition of poverty can drive a development agenda.

Moreover, even if one frames the issue as fighting destitution it is pretty obvious that one way to win that fight is rapid economic growth. While many have been worried about 'the evidence' of the best programmatic way to fight poverty many countries have reduced poverty dramatically. China. Vietnam. Indonesia. India. All of these countries have data showing poverty falling from over half the population to much lower levels, roughly without any programmatic efforts but by rapid economic growth that raised the productivity of people at all levels. Aart Kraay (with various co-authors) has shown various times that over long spells the reduction in poverty (and other social welfare measures) and the increase in average levels of consumption are almost perfectly inversely correlated.

The 'Moving Out of Poverty' study was one of the most massive mixed qualitative/quantitative studies of the dynamics of poverty ever conducted, covering 21 study sites in 15 countries. There were 3,991 households identified by their communities as having moved out of poverty over a 10-year period. They were asked to identify the causes of their move out of poverty. 886 named getting a job, 714 said "individual initiative", 223 nominated "hard work", and another 807 named new business or new sources of income. Of these nearly 4,000 people who moved out of poverty, three named "NGO assistance" (slightly ahead of one person each naming "illegal activity" and "winning the lottery").

To get to 'chickens versus cash' to be the answer to a "best investment" question the framing might be something like: "The best investment in addressing absolute income destitution in the poorest countries in the world via programmatic action by Western philanthropy-financed organisations is research that would answer the question of transferring cash versus small-scale livestock (with cash assessed via the best possible contextually relevant design of the transfers of these assets)."

Of course, one of the seductive attractions to philanthropists of the programmatic approach to kinky development is attribution - NGOs can keep a list of people they are engaged with and 'help'. Researchers might feel the same. One could argue that on narrow questions of causal impact of programmes we can be confident that answers can be found and that programme adoption can be safely attributed to the research. But the gain to attribution has to be weighed against the potential scale. In 1991 India faced an incipient macroeconomic crisis, of the type that was associated with decades of lost growth in Latin America in the 1980s. But, due, at least in some part, to the policy response, India experienced growth acceleration in 1993 and again in 2002 such that the NPV (Net Present Value) of the incremental GDP over the predicted value is US$3.5 trillion. Suppose any programme of research only made these growth accelerations 1% more likely - then they can only claim 35 billion in additional NPV of GDP. Sure, there is no attribution. I cannot point to the study that led to the growth acceleration in India or China or Vietnam or Indonesia or Korea, nor could we point to the particular individuals that escaped poverty because of the higher growth. But we know there are hundreds of millions of people not in poverty today because their countries grew faster. Research that plays only a small, uncredited, role in a historically epic story might still be better value for money than the questions where researcher gets a leading part.

'Chickens versus cash' might be the "best investment" for a very narrow question but I argue it probably isn't in the top 100 value-for-money research questions in development economics.

Chris Blattman's response to this article will be posted on Friday, 5 May 2017.