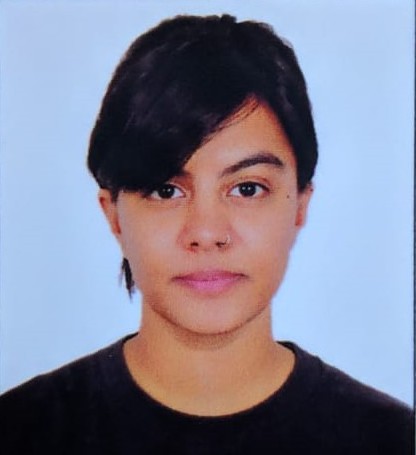 In the wake of the economic crisis triggered by the Covid-19 pandemic and associated lockdowns, demands for relief from the corporate sector were as vocal as those for affected workers. However, the same corporates were simultaneously paying shockingly high salaries to their CEOs. Analysing data from NIFTY50 companies for 2019-20, Khera and Yadav show that large inequalities exist between remuneration of top management vis-à-vis other employees within firms, and there is little diversity among those occupying top positions.

A popular WhatsApp forward in the early days of the Covid-19 pandemic had a Spanish biologist declare that “footballers who earn millions of euros should research the cure for coronavirus”. That meme was a powerful comment on the distorted priorities that have been normalised all over the world. The pandemic provides an opportunity to reset some of these anomalies. In this post, we highlight pay ratios in NIFTY50 companies – one aspect of the abnormal inequalities in India that have become so routine that they do not even invite comment.

The Indian government announced a stringent and complete lockdown in the early days of Covid-19 cases being detected in India, without much thought to what it might to do the economy and the lives of people. The devastation it caused became evident very quickly – starting with shocking visuals of desperate workers stuck without work, food, water, shelter, transport, and culminating with news of a contraction of the gross domestic product (GDP) by nearly 24%. All of this led to demands of the government to ‘do something’ about the situation that arose. The demands for relief from the corporate sector were as vocal as those for relief for workers who had been left high and dry.

The data we report here, as part of our independent research on inequality in India, sheds light on how the demands of the corporate sector should raise some questions. The same corporate houses that were begging for relief from government to ‘save’ their businesses, were simultaneously paying out unimaginably high salaries to their chief executive officers (CEOs), with ‘pay ratios’ that indicated grave income inequality.

Since 2015, a Securities and Exchange Board of India (SEBI) rule requires that publicly traded companies disclose the remuneration to their top management vis-à-vis other employees. The disclosures are mandated under Section 197(12) of the Companies Act, 2013 read with Rule 5(1) of the Companies (Appointment and Remuneration of Managerial Personnel) Rules, 2014.

The ratio of the median to the salary of the top-paid KMP (or, ‘pay ratio’) is a measure of inequality of pay within the company. A pay ratio of 2 means that the KMP is paid twice as much as the median/middle employee – that is, if the median remuneration is Rs. 2 million per year, the highest paid person gets Rs. 4 million per year.

We compile these ratios for 42 private companies in the NIFTY50 list for 2019-20. We exclude the eight publicly listed companies that are part of the NIFTY50 as they are exempted from this disclosure1.

Table 1 reports the pay ratio (in descending order) of the top paid KMP to median remuneration. The total remuneration paid to the top KMP is also included.

Notes: 1 In most cases remuneration is sourced from a table titled ‘Remuneration of Directors and Key Managerial Personnel’. Sometimes, it is also reported along with the pay ratio. It does not include stock options. In two cases (see notes 2 and 3), the amount reported in the two tables varied significantly

What did we find?

We would like to highlight three findings from our analysis – the obscene levels of inequality, a blatant disregard of the law by some, and the lack of diversity among those at the top.

Even across these companies there is massive inequality in pay. The highest pay ratio is 1:752 – indicating that the highest paid person gets 752 times the salary of the median earning employee. The annual remuneration in this case was Rs 84.6 crores – that of Mr. Pawan Munjal at Hero Motocorp. The lowest pay ratio was at Maruti Suzuki, at 1:39.

The average of these pay ratios is 1:259. So, on average the top-paid person gets nearly 260 times the median employee.

These inequalities can only be termed obscene because data from National Sample Survey for 2017-18 suggest that only 17% of male workers earn more than Rs. 10,000 per month. The median salaries of the NIFTY50 are six times this amount.

Strangely – or perhaps not – we find that despite such mind-bogglingly high remuneration for the top-paid employee, for 15 companies (out of 37 for which this data were available) the percentage increase in salary of the top-paid person exceeded the increase in salary of the median employee. This only suggests that these companies have no commitment to creating flatter remuneration structures.

The second startling finding is that Reliance has avoided making these mandatory disclosures since 2016-17. It is the only private NIFTY50 company that does not report these pay ratios. Instead, their Annual Report states:

“Disclosures relating to remuneration and other details as required under Section 197(12) of the Act read with Rule 5(1) of the Companies (Appointment and Remuneration of Managerial Personnel) Rules, 2014 forms part of this Report. Having regard to the provisions of the second proviso to Section 136(1) of the Act and as advised, the Annual Report excluding the aforesaid information is being sent to the members of the Company. Any member interested in obtaining such information may write to the Company to email id – rilagm@ril.com,"

Meanwhile, our watchdogs appear to be asleep.

The third noteworthy aspect of our analysis is the lack of diversity at the top. Among those in the list of the highest paid KMPs it is unsurprising, yet worth drawing attention to, that there is only one woman, at least one Muslim, and perhaps no Dalits4 or Adivasis5. A ‘glass ceiling’ exists for everyone other than upper-caste men.

Where do we stand in comparison with other countries?

Similar regulations pertaining to such disclosures exist in other countries – for example, from 2020 onwards, companies in UK with more than 250 employees are mandated to make pay ratios public. In the US also, the US Securities and Exchange Commission requires such disclosures to be made since 2015.

By this measure of inequality, India appears to be among the worst in the world. The Guardian reported that the CEOs of the top-100 companies were paid the typical worker’s annual salary within 33 hours. In comparison, if Mr. Munjal of Hero Motocorp works half a day, his earning already exceeds the annual earning of the median employee. As mentioned earlier, the lowest pay ratio among the NIFTY50 was at Maruti Suzuki. It turns out that internationally Japanese companies tend to have the lowest pay ratios. Different explanations have been proposed for this.

In India, public discussion on poverty and inequality is muted, to the extent that when one hears of it, the emphasis is more on poverty and less on inequality. It is also important to have a discussion about the overlapping nature of these inequalities (for example, social and economic). On sharing these findings on WhatsApp, someone wrote back: “what has religion or cast [sic] got to do with biz [sic]? Why did he [sic] not comment that in the Nifty 100 we don’t have any Brahmin? Only JP Gaur used to be in the list. Even this list will have max [sic] 3-4. Keep dividing India and blame political parties when educated people do this.”

The wording was garbled, but the message was clear: do not discuss this data point. Similar arguments apply to gender inequality.

Elsewhere, in contrast, discussion of diversity appears to be a legitimate topic. For instance, The Wall Street Journal (WSJ) recently carried an article about the lack of diversity in the top-500 companies of the US. Out of 500 CEOs, only four (that is, 1%) are Black. The issues faced by African Americans in the US, as highlighted in the WSJ article, are likely to resonate with Bahujans6 and women in India.

As attempts are made to silence discussion on such topics, it is harder to make this a political issue. Elsewhere there appears to be some discussion on it.

Interestingly, Israel adopted a law in 2016 curbing pay ratios in banking and insurance companies to 44 times the salary of the lowest paid worker. Anything above this is subject to higher taxes. A similar proposal was made by Bernie Sanders last year: impose higher taxes on companies where the pay ratio for CEOs to median workers exceeded 50. His proposal was to increase the tax rate by 0.5% for companies where the ratio was between 50 and 100, and progressively higher if it exceeded that. This discussion remains alive there.

In Switzerland, a referendum was held on whether there should be a cap on executive pay. It was defeated. In the EU, shareholders vote on director pay every four years, though the vote is not binding.

While legal curbs are mostly lacking, one can find glimpses of self-regulation in the private sector. Dan Price, a CEO based in Seattle, reduced his own salary and fixed a minimum wage of US$70,000 for all employees in his company. Elsewhere, civil society groups are organising to highlight this issue. For instance, The Equality Trust tracks and contextualises inequalities in pay ratios.

Indian pay-ratios in the times of Covid-19

In India, at least some big private players are more willing to lay-off employees or reduce their pay than to touch top CEOs. For instance, Infosys reported ‘performance-based exits’ and the headcount of employees fell by 3,000 in the first quarter of 2020-21. Though "Nandan M. Nilekani voluntarily chose not to receive any remuneration for his services rendered to the Company”, he holds 1% of shares in Infosys. Salil Parekh, the highest paid person at Infosys exercised stock options worth Rs. 17.03 crores in 2019-20, which is as high as the remuneration paid to him.

Similarly, Reliance announced pay cuts for employees earning more than Rs. 15 lakh per year. According to the annual report, “Compensation of Shri Mukesh D. Ambani, Chairman and Managing Director, has been set at Rs. 15 crore, reflecting his desire to continue to set a personal example for moderation in managerial compensation levels.”; it has reportedly not increased in 12 years.

Public awareness is the first step towards remedying the situation. The disclosures mandated by the Companies Act are a good start. Ensuring that this is implemented in spirit should be the next step. It is puzzling that for years now, Reliance has gotten away without anyone noticing the reporting lapse on their part. Greater transparency and standardisation in reporting norms would also be welcome. The regulatory body (SEBI) and the government clearly need to do more.

Originally published on Feminism in India and republished here with permission.

What do Indian CEOs do?