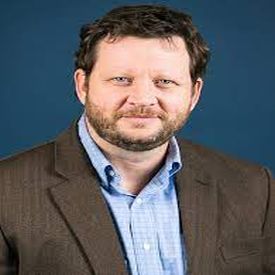 In recent decades, several countries have seen rapid development, aided in part by the adoption of advanced world technologies. In this piece, Eric Verhoogen looks at the factors that drive upgrading in developing-country firms. He highlights recent research which shows two factors that have a positive effect on upgrading– selling to richer consumers such as developed countries or MNCs; and increasing know-how by learning from consultants or other firms.

In principle, firms in developing countries benefit from the fact that advanced products and technologies have already been invented in developed countries and are available to be adopted ‘off the shelf’. Sixty years ago, the economic historian Alexander Gerschenkron famously (if somewhat undiplomatically) referred to this as one of the key “advantages of backwardness” (Gerschenkron 1962). In the intervening decades, several countries, particularly in Asia, have indeed developed quickly, powered by firms catching up to the world technological frontier. But for many developing-country firms, the purported advantages of backwardness have remained elusive: something seems to be getting in the way of the adoption of advanced technologies and products.

What are these barriers?

This question was at the heart of the field in development economics when it first came into its own in the 1950s and 1960s. But until quite recently, it had fallen out of fashion in mainstream development research. The reasons are various: One is that micro-data on firms have historically been hard to come by. Another is that the reaction against interventionist policy enshrined in the Washington Consensus1 led researchers to pull back from topics related to industrial policy and severed many of the links to the natural policy audience. Policymakers continued doing industrial policy, under different names, but often unencumbered by evidence-based insights from academic research. A third reason is that experiments are hard (though not impossible) to run in firms.

Happily, in recent years the situation has been changing, and we have seen a surge of research on technology adoption and other innovative activities by developing-country firms. Such activities can be classified under the general heading of ‘upgrading’. In rich countries, innovation is often taken to refer only to things that are new to the world, but in developing countries, where firms are mainly trying to catch up to the world frontier rather than push it forward, the broader concept of upgrading is arguably more useful. Using this terminology, the question about barriers can be restated in a positive way: what are the drivers of upgrading at the firm level in developing countries? In a recent review paper (Verhoogen 2021), I provide an overview of recent micro-empirical research on this question,  with a focus on larger non-agricultural firms, and on the determinants of upgrading within firms (rather than the allocation of resources across firms, which also clearly matters for the industrial development process).

An issue that arises immediately is how to measure upgrading. The developed-country innovation literature relies heavily on patents and research and development (R&D) expenditures, but in a catch-up context such measures are less informative. In research on developing countries, the most commonly used indicator of upgrading has been total factor productivity (TFP)2. While in principle TFP aims to capture firms’ capabilities (something we would very much like to know), in practice there are a number of technical difficulties in carrying out the estimation. State-of-the-art methods require strong assumptions that are particularly unlikely to hold in developing countries. For instance, a commonly used method attributed to Olley and Pakes (1996) requires that there be no differences in the degree of credit constraints across firms – an assumption that is inconsistent with a large development literature on credit-market failures. I argue that recent studies using direct measures of upgrading – such as direct observations of technology adoption, product innovation, or quality improvements – have generally been more convincing than studies using residual-based measures such as TFP. As a result, researchers would do well to focus more on using such direct measures in the future.

Beyond the measurement issues, several lessons have emerged from the recent research. One is that selling to richer consumers, either directly (for instance, by exporting to richer countries), or indirectly (by selling into production chains that sell eventually to richer countries), appears to have a robust positive effect on upgrading. Perhaps the clearest evidence for this effect comes from an experiment with Egyptian rug producers by Atkin et al. (2017). Working with a US-based NGO and an Egyptian intermediary, the authors randomly distributed initial export contracts with rich-country buyers. They found that treated firms improved quality on a variety of directly observable dimensions and saw increased profits. Weaving rugs with identical specifications in a laboratory setting, treated producers made higher-quality rugs in no more time than control producers. Previous quasi-experimental work on quality upgrading had hypothesised (in part, for convenience) that selling to richer consumers would affect the average quality of firms’ product mixes but would not necessarily generate gains in know-how (Verhoogen 2008), but this research argues convincingly that learning was involved.

Another nice example of what might be called buyer-driven upgrading is provided by a recent paper by Alfaro-Urena et al. (2022), who take advantage of firm-to-firm sales data from the Costa Rican tax system (a type of data that has only recently become available). When domestic Costa Rican firms start selling to a local branch of a multinational corporation (Intel, for instance, has had a presence in the country since 1997), their performance improves on a number of dimensions. The other (non-MNC) buyers they sell to tend to be larger, more likely to export and import, and to have longer relationships with their suppliers; this is consistent with the idea that supplying to an MNC tends to spur upgrading.

The role of knowledge in upgrading

A second lesson from the recent literature is that developing country firms are often constrained by a lack of know-how. Much of the knowledge required to adopt a new technology or produce a product, even ones that exist elsewhere, is tacit, not written down anywhere and not downloadable from the internet. Firms gain capabilities slowly, often by trial and error. As Gibbons (2010) puts it, capabilities need to be homegrown. These are not new ideas, but recent work has documented the learning process in a particularly credible way. For example, two influential experiments have shown that “high-touch”, tailored consulting can have important effects on firm performance.

In Bloom et al. (2013), a random subset of Indian textile firms received five months of intensive attention from a multinational consulting firm, compared to one month for control firms. The treated firms increased output and TFP, reduced quality defects, and adopted a number of management practices associated with high firm performance in other contexts. In Bruhn et al. (2018), treated small and medium-sized enterprises met one-on-one with consultants for four hours per week for one year, and saw large increases in employment after five years.

Another notable study by Cai and Szeidl (2018), shows that firms can learn not just from consultants but also from other firms. The authors randomised 2,820 Chinese entrepreneurs into groups, some of which met monthly for one year. Revenues of treated firms increased by 8% relative to control firms. To further probe information flows, the authors revealed information about two types of business opportunities in some groups but not others. Information spread within the groups and was more likely to do so if the information was non-rival (that is, if the firms were not direct competitors in taking advantage of the business opportunity).

It is worth emphasisng that the idea that firms in developing countries are constrained by a lack of know-how is distinct from the notion that they fail to maximise profits. The latter view appears to be increasingly popular, and has two variants: One is that managers hold objectives besides profits, and another is that managers would like to maximise profits but make mistakes. While both variants are plausible, my understanding of the literature is that the evidence is largely consistent with the view that entrepreneurs do profit-maximise, but subject to constraints – either contracting problems and other organizational difficulties, or the fact that know-how is costly to acquire. Years ago, Schulz (1964) argued in an agricultural context that we should not think of peasants as making mistakes; we should instead think of them as “poor but rational” and seek to understand the constraints that poverty imposes. In the context of larger firms, I would argue that we should think of them as “lacking know-how but rational” and focus research on barriers to learning.

The micro-empirical literature on firm-level upgrading in developing countries is still at an early stage, but the motivating questions remain crucial, and the data frontier is expanding quickly. It is an exciting time for the field, and there is reason for optimism that more valuable insights will be coming soon.