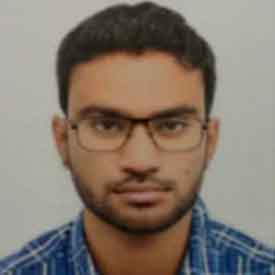 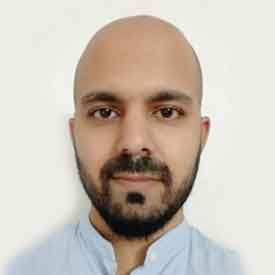 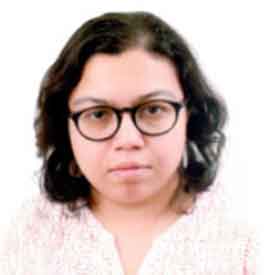 The state of Odisha has a severe malnutrition problem, and evidence shows that increasing risks of climate change will render the resource-intensive, rice-wheat cropping system unsustainable. In this note, Saha et al. outline how nutrient-dense, resource-efficient millets have the potential to address malnutrition among vulnerable populations. Based on a qualitative survey of stakeholders, the authors discuss the implementation, progress, and challenges of the ‘Odisha Millets Mission’.

Odisha’s malnutrition problem is perhaps one of the most publicised cases of hunger and deprivation of independent India. Kalahandi district in the state, continues to be subconsciously associated with widespread poverty and deprivation in public memory, due to a history of drought and famine. While National Family Health Survey (NFHS) data tell us that Odisha has indeed come a long way when it comes to malnutrition, the progress varies substantially across social groups, with the tribal population continuing to be highly vulnerable. Evidence also shows that in the face of increasing risks of climate change, the highly resource-intensive rice-wheat cropping system is economically and environmentally unsustainable in the long run (Bhatt et al. 2016).

In addition to being nutrient-dense, millets are known to be extremely resource-efficient. The crop grows easily in shallow, low-fertile soils with a pH (power of hydrogen) ranging from 4.5 (acidic) to 8 (basic) (Gangaiah n.d.). Launched in 2017, the Odisha Millets Mission (OMM) targetted seven of Odisha’s districts with the highest tribal population1, in its initial phase. The programme was subsequently expanded, and now covers 76 blocks2 across 14 districts with over 51,528 farmers. The blocks within the districts are assigned to civil society organisations (CSO), which are the facilitating agencies of the programme. The government collaborates with CSOs and community-based organisations (CBOs), and seeks advice from external agencies on technical aspects and programme implementation. This is noteworthy, considering that government-civil society partnerships are increasingly affected by trust deficits.

In this note, we examine the experiences of the different stakeholder groups involved in the last-mile delivery and adoption of OMM. Our fieldwork involved key informant interviews with the staff of three CSOs implementing the programme in four blocks of the tribal district of Koraput3. We also conducted eight focus group discussions with the agricultural community, covering over 100 farmers. In-depth interviews were conducted with two technical personnel overseeing the programme at the state level, to understand administrative challenges and priorities.

The institutional focus on rice and wheat in the past few decades meant that other foodgrain crops such as millets have experienced little cropping innovation. To encourage farmers to move away from ‘broadcast sowing’4, the programme focusses on training millet farmers to follow improved practices of systemic millets intensification (SMI), line sowing (LS), and line transplanting (LT)5. Farmers who adopt the improved methods receive a cash transfer directly to their bank accounts, upon successful verification. The programme also supports farmers in adopting improved crop management practices such as weeding, rolling, crop-cutting, and non-pesticide pest management (NPM). This is done via traditional agricultural extension models, using field demonstrations and trainings by the CSOs in collaboration with CBOs such as farmer producer groups, and women’s collectives. In our discussions with farmers, there was a near-uniform agreement that the adoption of the recommended practices and LS/LT production systems have led to a doubling of yield, with even higher yields if farmers practice SMI – similar to other recorded experiences (Adhikari 2014). Farmers who adopted SMI, recorded yields of around 30 quintal per hectare for ragi (finger millets) – much higher than the average rice yield which was found to range around 20 quintals per hectare in the region6. An additional benefit was the sharp reduction in hard manual work undertaken by women working on farms. Despite these advantages, widespread adoption remains somewhat of a challenge. The conditional cash transfer component is not entirely functional and often a slow Agricultural Technology Management Agency (ATMA)7 at the district increases the delay in transfers. Most beneficiaries report either not receiving the transfer or receiving after a delay of almost an entire agricultural season. For 2019-2020, over 51,000 farmers received DBT benefits whereas the government estimates the broader outreach through capacity-building to be an additional 50,000 farmers.

The millet season also coincides with the paddy season and hence, farmers need to divide their time and resources (including land) between the two crops. The period of June-August is generally when the farmer is supposed to set up the nursery and complete the transplantation of millet but around the same time, they also need to attend to the paddy crop. While millets can provide reasonable produce for self-consumption even without any improved cropping practices, the paddy crop requires more careful seeding and soil preparation. The community identified this as a key constraint since almost all farmers in the region are small and marginal and rarely hire workers. The cash transfer, if released on time could provide an added push – especially for newer farmers – to move towards millets more actively. However, the poor experience in receiving the incentive for the early adopters of the programme acts as a deterrent for other farmers to join.

Communities, though, continue to view millets as the poor man’s grain and mention that they would serve rice to a guest who might be visiting. “Mandya to hum gareeb khatey hai. Aap sheher ke log yeh sab kyu khayenge” (“Us poor people consume millets. Why would you city people eat this?”) – quipped a farmer in his 60s in Laxmipur. Despite a rise in millet production due to OMM, it appears that increasing consumption would require a more concerted effort. While millets are now being introduced in the state’s public distribution system (PDS), there is a need to change the ‘social status’ of millets among other foodgrains – especially among the younger generation – through innovative promotions and campaigning in rural areas that reach large sections of the rural communities. Towards this end, while promotional events are often organised by the CBOs in their respective programme areas, the outreach potential of such measures is currently limited.

The procurement of surplus under OMM is formally done through millet mandis (agricultural markets) that currently procure only ragi from the farmers. These mandis are operated through a collaboration between the Tribal Development Co-operative Corporation (TDCC), Large Area Multi-Purpose Societies (LAMPS), the Odisha State Agricultural Marketing Board, and the state agriculture department along with facilitating agencies such as CBOs. Each farmer is provided with a mandi card that has details on their land ownership, including the size of the holding. Among other procedural requirements, this is also used for regulation of the quantities purchased from each farmer, with a cap of only 1.2 quintal per acre. The procurement of the produce is based on strict requirements: the millets should be completely de-husked, the moisture content should be less than 12%, and so on. Ironically, during the time of our fieldwork there were no processing centre in any of the blocks where the farmers can prepare their produce for procurement. Moreover, there are only a few government-operated mandis are these serve limited areas within the blocks. Given these limitations, middlemen continue to play an important role.

However, prior to the setting up of the mandis, prices offered by middlemen for millets were between Rs. 12 and Rs. 15 per kilogram (kg). With mandis offering a price of about Rs. 31 per kg in the 2019-2020 season, middlemen also had to push their price up and it hovered between Rs. 20 and Rs. 25 per kg. In comparison, the minimum support price of paddy the previous season was Rs. 18 per kg. In the short run, it would be important for the government to procure higher quantities, else the reliance on middlemen is likely to push the prices down.

Thus, in addition to meeting nutritional requirements, millets can also greatly improve farmer incomes. However, given the constraints that farmers face in selling the surplus, leads to the continued reliance on rice as the main commercial foodgrain. In the long run, as the adoption of improved practices spreads, it is likely that the production of millets within villages would rise further. With high production, it would become imperative for farmers to have alternative options for selling the surplus. In theory, this can be achieved through the setting up of value-adding enterprises and producer companies, as envisaged under OMM8. However, there has been limited progress on these two fronts so far, in the three years of OMM being in operation.

The agricultural and nutritional crisis facing the vulnerable and marginalised communities of India, has emerged as a serious threat. Millets, as a food crop, has the potential to address the grave problem of malnutrition among the vulnerable populations, and OMM is a very good of a coherent effort to create a ‘millets revolution’. The programme – in over three years of operations – has already shown substantial progress in improving the production of millets.

However, bureaucratic inefficiencies exist, and the involvement of external agencies and the community for last-mile delivery is not sufficient to bypass the limitations. The capacity of government agencies and bureaucrats at the block and district levels, continue to be a fundamental factor in the quality and pace of progress given their slow processing and clearance of funds. Moreover, a more concrete approach towards the promotion of consumption of millets is needed to generate household demand as that is what would drive production in the long run. The problems that farmers face in selling the surplus produce is also a big impediment to fully exploiting the potential of millets as an economically rewarding alternative to rice. Value-addition enterprises is not only one of the more ambitious components of OMM but also one of the more promising ones to augment farmer incomes. Given the heavy reliance of the programme on facilitating agencies, capacity-building of CBOs should be made a bigger priority as these are expected to take over operations completely in the coming years. The central government had declared 2018 as the ‘National Year of Millets’ and experiences from the OMM can form the bedrock to finally launch a nationwide push for millets.