Do wives care more about household welfare than husbands? 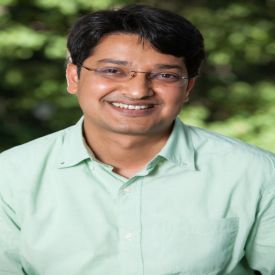 Social science literature shows that women promote household welfare more than men. This column examines if consumption choices of husbands and wives change, depending on whether they have to work to earn the money that they are spending. It is found that wives’ preferences for joint household consumption remain largely independent of whether they work to earn the money, or receive it without working.

An unequivocal picture of women being more altruistic than their male counterparts in the family emerges from social science research (Quisumbing and Maluccio 2000, Udry et al. 1995, Datt and Joliffe 1999, Datt et al. 1991, Cross 1999). The women in the household appear to provide stronger patronage to overall family welfare, and promote joint household consumption more than men. Such observations provide a clear direction towards endowing women in the household with a greater decision-making role to foster and improve family welfare (Kabeer 1999). In a recent article in the India Blog of New York Times, “Are Men Useless? (Government Says Yes)”1, it is noted that some developing countries have already started to show a purposeful shift towards identifying women as the primary decision-makers in targeted welfare policies.

Surprisingly, there is very little work that examines the effect of changes in entitlements on demonstrated altruistic choices in the household. Since husbands and wives can have different economic roles due to historical reasons, social conventions, or current economic conditions, it begs the question whether altruistic choices among men and women (as household partners) are affected by differences in feelings of entitlement. In particular, can earning with or without effort influence consumption choices made by husbands and wives? This can be particularly significant now since increased opportunities to participate in the labour market have been rapidly changing the economic positions of women in the household. We evaluate whether feelings of entitlement differ based on income earned with or without effort, and whether such changes influence consumption choices in the household (Dasgupta and Mani 2013a, 2013b).

We conducted an artefactual field experiment in New Delhi, India. Given our interest in observing decision-making in the household, our subjects comprised married couples only. 210 married couples participated in the experiment. The subjects were recruited from Bhogal, a prominent resettlement colony in South Delhi.

We introduced a novel allocation game to investigate whether income received with effort, or without effort, influences household consumption choices. In our experiment, we randomly assigned earning status along with decision-making status either to the husband or to the wife for every participating couple. So, the earning status as well as the decision-making status was given to the same (randomly) chosen partner. We took particular care to design the experiment in this way to ensure that the decision-maker’s choice in the experiment could not be influenced by any belief/ misunderstandings about his/ her partner’s consumption choice in the game. That is, the decision-maker in the experiment could not have chosen the personal consumption bundle with the hope/ belief that his/ her partner will choose the joint household consumption bundle, since only one of the partners had the opportunity to choose the bundles.

The earner/ decision-maker received money unconditionally without any effort, or conditionally on completing a real-effort task. The earner/ decision-maker was then presented with two consumption options and asked to use the money from the experiment to choose one of them. The participants could choose between (1) a bundle containing “assignable” (Browning et al. 1994, Lundberg Pollak and Wales 1997) private consumption goods (gender-specific clothing), or (2) a bundle containing joint household consumption goods (food items). See Figure 1 for the consumption bundles. Once the experiment was over, the decision-maker was given a store credit receipt (from designated stores) specifying their choices. The shopkeepers maintained picture records (for examples, see Figure 2)2. 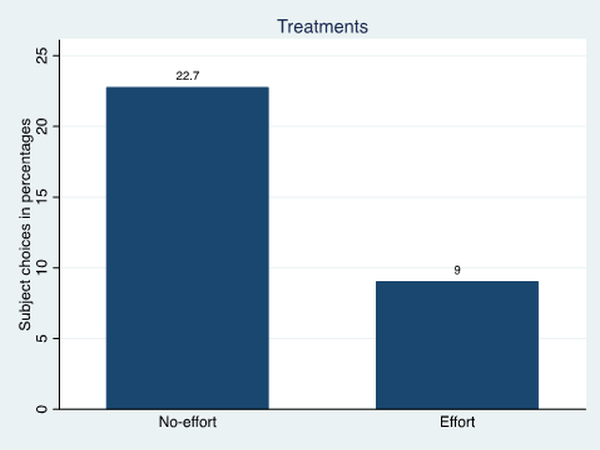 Figure 4. Choice of joint household good, by treatments and gender 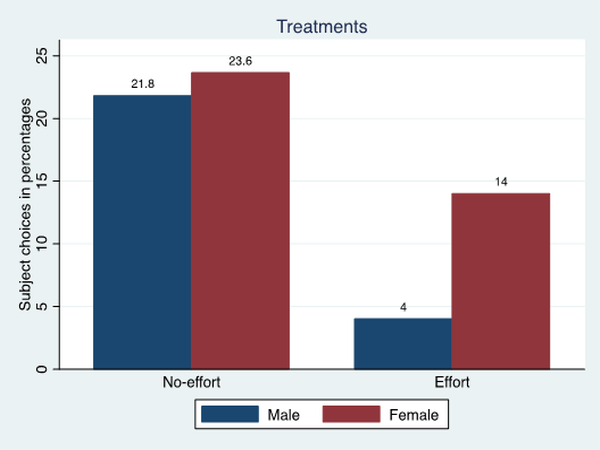 Our results have implications for the classic conjectures on common preference models of the family. The classic conjectures suggest a form of Ricardian equivalence, that is, which family member receives or controls income should not affect the allocation of family resources, suggesting that gender-targeted transfer policies might be unnecessary.

In our experiment we independently vary the income earner as well as the conditions for earning, and find wives’ choices are relatively more altruistic, and cater more towards joint household consumption compared to husbands. This is especially stark when the wife earns the income and is also the decision-maker. Our conclusion is similar to that of Lundberg, Pollak and Wales (1997) who investigate consumption patterns using changes in a pilot policy in the late 1970s in UK as a natural experiment, where mothers started receiving child benefits instead of fathers.

Consequently, our results broadly support the conclusion of enhancing the role of women in the household. The steps taken by countries such as Mexico and Sri Lanka, where food coupons were directed towards women rather than men, and India’s recent step towards making women the head of the household for food distribution purposes, seem positive moves to improve household welfare keeping in mind the more altruistic concerns that wives exhibit.