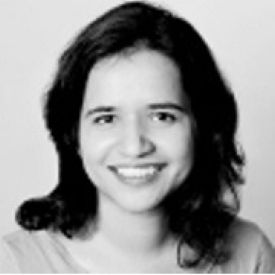 Working-age women in developing-country labour markets might be particularly sensitive to media reports on sudden incidents of violence against women, which can deter them from going out to work. Using data from urban India, this article investigates the effect of media-reported violence in one’s local area on whether a woman decides to work outside the home.

Far fewer women than men participate in paid employment in developing countries. This has important long-run consequences for women: there are fewer incentives to invest in girls’ education, and women have lower bargaining power within households. A potential contributory factor to low labour force participation (LFP) may be a fear of violence. Working-age women in developing-country labour markets might be particularly sensitive to media reports on sudden incidents of violence against women (such as sexual assault and rape). High-profile media reporting can make the extreme consequences of being a violence victim salient for women, and consequently deter them from going out to work. In recent research, I investigate the importance of this factor using data from urban India (Siddique 2020).

The Indian labour market is characterised by large gender gaps in LFP. In 2011-2012, only 20% of working-age (15-65 year old) urban Indian women were working or actively looking for work; the corresponding figure for men was 81%.1 By way of contrast, LFP in 2012 for women in the US was 68%; 71% in the UK; 78% in Sweden; and 72% in Germany (OECD Statistics). India's female labour force participation rates (FLFP) also compare unfavourably with other developing countries. Using Demographic and Health Survey (DHS) data from 63 developing countries between 1986 and 2006, Bhalotra and Umana-Aponte (2010) note that employment among women aged 20-49 was 64% in Africa, 43% in Asia, and 50% in Latin America.

The effects of violence on female labour supply

Economists have theorised how low-probability events, such as becoming a violence victim, can have a large effect on people's behaviour (Becker and Rubinstein 2011). The idea is that if the extreme consequences of engaging in outside work, in terms of becoming a violence victim, become salient for women then this generates fear and affects their well-being. Some women make investments to overcome their fear, provided the benefits from engaging in outside work are sufficiently high. However, women for whom these benefits are not high cut back on outside work so the effect on their behaviour appears to overstate the objective probability of being harmed by violence.

Recent empirical research indicates that fear and safety concerns of women outside the home in India are likely to play an important role in their economic activity. Muralidharan and Prakash (2017) find that providing girls in Bihar with a bicycle improved secondary school enrolment by making it safer for girls to travel to school. Borker (2018) finds that women are willing to choose a college in the bottom half of the quality distribution over a college in the top half, at the University of Delhi for a travel route that they perceive to be one standard deviation2  safer. Chakraborty et al. (2018) use cross-sectional data3  from the 2005 wave of the India Human Development Survey (IHDS) to find that in urban neighbourhoods where the self-reported level of sexual harassment against women is high, women are far less likely to seek outside employment.

Fear of public spaces following media coverage of sexual assaults can deter women from going out for work by creating stress and anxiety. In a survey carried out in Delhi in 2012 following the rape and subsequent death of a Delhi woman on a moving bus (widely reported in the media), nearly 73% of respondents said that women face sexual violence in their neighbourhoods. More than half of the respondents stated that these spaces were unsafe at all times. Almost 20% of respondents stated they were fearful when going out alone in the daytime and an additional 10% stated they would not venture out alone at all. These fractions were 63% and 21% when respondents expressed safety concerns for going out after it was dark (UN Women and International Center for Research on Women, 2013).

I use data on the labour market from the 2009-10 and 2011-12 rounds of the Indian National Sample Surveys (NSS) and combine this with a geographically referenced data source on media reports of physical and sexual assaults that occur in Indian districts over time (the Global Database of Events, Language and Tone or GDELT). Using the combined data, I investigate the effect of media-reported violence in one's local area or district in the past quarter on whether or not a woman decides to work outside the home today.

Using statistical methods that allow me to rule out several sources of spurious correlation, I find that a one standard-deviation increase in sexual assault reports (or approximately 0.03 reports per 1000 people over a 3-month period) within the local area of a woman leads to a reduction in the probability that she works outside her home by 5.5% of the sample average of female labour supply. In contrast, there is no effect of physical assault reports on whether women work outside the home, or of sexual assault reports on whether men work outside the home.4

Consistent with a model in which women make investments to overcome their fear in the presence of economic incentives (Becker and Rubinstein 2011), I find that the effect of local violence on labour supply is weaker among women belonging to poor households. In other words, women from poor households are not deterred from going outside their homes to work even when there is high reporting of local violence given that they have strong economic incentives to overcome their fears.

The results of this research highlight the importance of addressing safety concerns of women in India. Some interventions which might be adopted include special transport facilities for women and the strengthening of a policing/legal framework that protects women from sexual assaults. The benefits of increased FLFP go above and beyond increases in economic output. Increased LFP improves women's status within the household (Anderson and Eswaran 2009, Atkin 2009), and has a large effect on increasing human capital investment in girls and delaying women's marriage and childbearing decisions (Jensen 2012, Heath and Mobarak 2015). Given the benefits to the status of women, designing and implementing interventions that address women’s fears of violence and encourage widespread FLFP should be a high priority goal for key decision-makers

Found your post interesting to read. I cant wait to see your post soon. Good Luck for the upcoming update.This article is really very interesting and effective

Definitely fear of violence Affect the Female Labour Supply in India.But nowadays everyone is working to overcome on it(By proper Security,Safety Measures and trainings),we think Female should strongly represent themselves and Be brave to speak on such Issues.\r\n\r\n