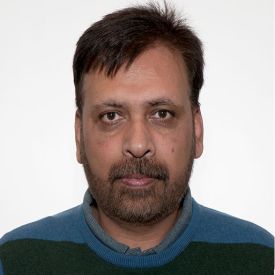 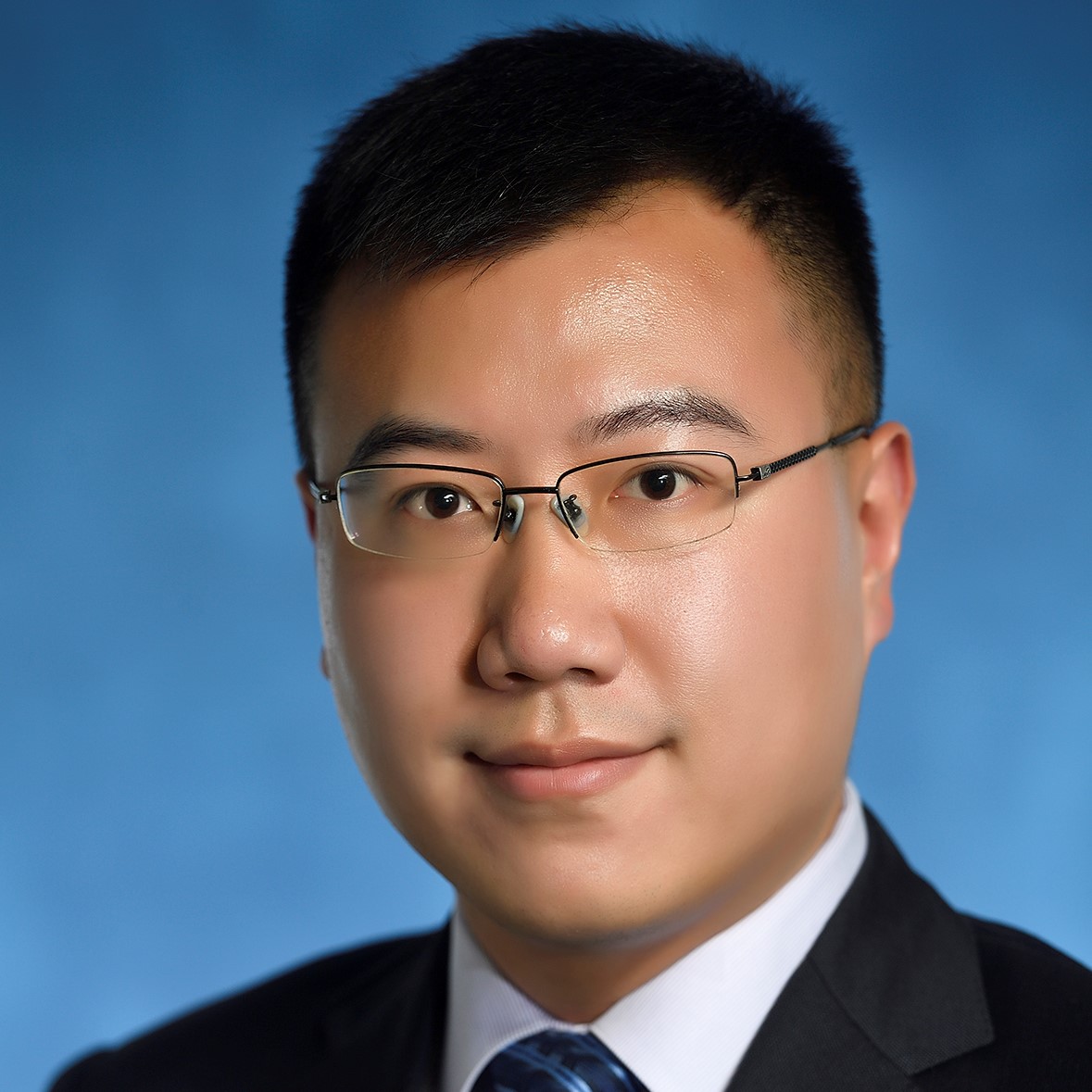 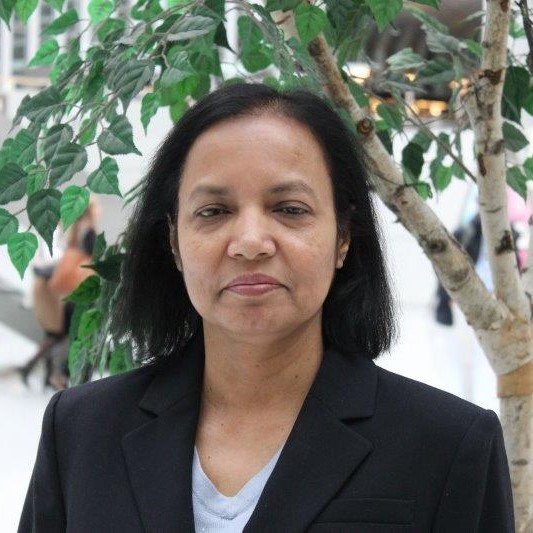 Emerging evidence of convergence in educational attainment between girls and boys seems at odds with a large body of research on gender-based discrimination against girls in India. In this context, this article uses nationally representative data to examine the role of gender and family background in shaping the educational opportunities of children. It shows that both father’s education and geographical location matter for intergenerational educational mobility of girls.

There is a broad consensus among economists and policymakers that education is a key to improving women’s place in the household, labour market, and the broader society (Sen 1999, Stiglitz 2012, Duflo 2012, Eswaran 2014, Kabeer 2006). In societies with a son preference, girls have historically lagged behind boys in schooling attainment, weakening their already precarious social position. Evidence shows that the gender gap in schooling attainment has narrowed in recent decades, with a reverse gender gap arising in some countries (Grant and Behrman 2010). In India, the gender gap in schooling was about three years for the cohort born in the 1950s, which declined to only 0.60 years for the 1990s and the later birth cohorts (India Human Development Survey, 2012). The gender gap in gross enrolment ratios for grades 1-8 was 30.1% in 1981, but India achieved near gender parity in 2011 with a gap of only 1.2% (Ministry of Human Resource Development, 2011). Does this catch-up by girls imply that girls in the younger generation enjoy better educational opportunities than boys? Does family background such as father’s education affect the opportunities faced by daughters and sons differently?

Evidence of gender convergence in educational attainment, however, seems at odds with a significant body of research on gender bias against girls in India. Following Sen (1990), there is a large literature on ‘missing’ women in India. Studies also suggests that girls face disadvantage in health (Jayachandran and Pande 2017) and in educational expenditure (Azam and Kingdon 2013). In new research, we analyse this apparent puzzle of a narrowing gender gap in education among the younger generation from the perspective of intergenerational educational mobility (Emran et al. 2021a). Intergenerational educational mobility refers to the degree to which the educational opportunities of a child are determined by factors they are born into. In a society with perfect mobility, the circumstances at birth are irrelevant, and children enjoy access to educational opportunities irrespective of their family background.

A growing literature emphasises that the focus of policy should not be on the differences in the educational outcomes such as schooling attainment because any observed differences in the outcomes are partly due to differences in effort (see, among others, Torche 2019 and Emran and Shilpi 2019). Instead, the focus should be on whether children have the same educational opportunities irrespective of their gender and family background. Our focus on the interaction of gender with family background in shaping educational opportunities of children is motivated by this perspective.

To understand the role of family background in educational opportunities of girls we develop a model of intergenerational educational mobility, incorporating bias against girls in the family, school, and labour market. Gender bias against girls in the family may reflect parental biases such as a low estimate of academic ability of a girl, and pure son preference in the sense that parents assign a lower weight to the expected income and welfare of a daughter. It may also mean that less non-financial inputs are allocated by parents to girls, for example, little or no attention and help given for a daughter’s homework. Girls may also face hurdles at (and on the way to) the school: a lack of female teachers, the absence of girls’ toilet, and street harassment are widely discussed examples (Adukia 2017).

In a recent study (Emran et al. 2021a), we estimate the effects of father’s education on children’s educational investment and their educational attainment for the younger generation in India (18-35 years of age in 2012) using data from the India Human Development Survey (2005, 2012). In a related study, we also provide a comparative analysis with China, and estimate the model for the younger generation (18-35 years of age in 2016) in China using the 2010 and 2016 rounds of China Family Panel Studies (Emran et al. 2021b).

We estimate relative and absolute educational mobility, with father’s education as a measure of family background. A measure of relative educational mobility provides an answer to the following question: if you were born to a father with one year more schooling, how many additional years of schooling would you be expected to gain? Absolute educational mobility, on the other hand, answers the question: if your father has a certain level of education (say college education), what is your expected years of schooling, on average? We look at how the expected schooling of a child varies with the education of father. Our focus is on gender differences in the estimates of relative and absolute mobility and what we can learn from them about the extent and sources of gender bias in education.

An important advantage of our study is that we use data that include parents of the household head and spouse, irrespective of whether the parents live in the household surveyed. When a survey considers only the members co-resident at the time of the survey; it misses non-resident parents and children. Many existing studies use survey data based on a set of co-residency criteria, and as a result, the estimates of relative mobility are likely to be severely biased (Emran et al. 2018a). For example, children of college educated fathers are more likely to attend college and thus, less likely to live in the parental household. The estimates of gains in children’s schooling attainment from having a college-educated father in a co-resident sample would be lower because of missing the children with college education. Perhaps, more importantly, evidence suggests that the estimate of relative mobility is likely to be more biased for girls compared to the boys, leading to spurious findings of gender convergence. The higher bias for girls reflects the fact that girls in India leave the natal family after marriage1.

To the best of our knowledge, all related studies on India and China rely on a ‘linear model’ of intergenerational mobility. Our theoretical analysis shows that the linear model implies counterintuitive predictions: parental bias against girls in the form of lower ability estimates or pure son preference does not affect relative mobility. Here, relative mobility in the linear case depends only on returns to education for the father’s generation. Returns to education in the labour market does not depend on whether he holds son preference, for example. Our findings indicate that the linear model is rejected for both sons and daughters in India. The estimated shape of the relation between father’s and children’s education suggests diminishing returns to parental financial investments in children’s schooling.

The daughters born to fathers with primary or less schooling face lower relative and absolute mobility, and this is true in both rural and urban areas. However, the magnitudes of the effects of family background are substantially different between rural and urban areas. Estimates of absolute mobility suggest that a girl born to a father with no schooling in a rural area would have a ‘gender penalty of over two years of schooling, while this is about one year of schooling in urban areas. Hence, both geographic location and family background matter for educational opportunities of girls in India. Fathers with more education invest more in their children’s schooling as compared to fathers with lower levels of education, but less so for daughters. In contrast to the children of less-educated fathers, there are no significant gender gaps in relative and absolute mobility in the urban areas when the father has college education (15 years education) or more. However, we do not observe such a gender convergence in rural areas in absolute mobility: girls growing up in villages face substantially lower absolute mobility even when born to college-educated fathers. The evidence thus, suggests a dismal picture of educational opportunities for girls in rural India.

Insights from the theoretical model developed in our paper (Emran et al. 2021a)  help understand the sources of gender differences in relative and absolute mobility found in our empirical analysis. The evidence, when interpreted in terms of theory, suggests the following conclusions. Girls in India face an unfavourable school environment in both rural and urban areas. Parents in rural India hold pure son preference, but the evidence in urban India is not conclusive in this regard. The impact of parental non-financial inputs such as home tutoring is more important for a girl’s education, especially in urban India. The findings are also consistent with parents systematically underestimating a girl’s academic ability, even though there is no scientific basis for such differences in cognitive ability across girls and boys.

The case of China

The evidence from China differs considerably. In urban China, girls face lower relative mobility even when born to college-educated fathers, in sharp contrast to the evidence of gender convergence in highly educated families in India. In rural China, relative mobility is lower for girls irrespective of the level of father’s schooling, but the girls enjoy gender parity in absolute mobility when the father has more than senior high school education (12 years of schooling). The gender differences in educational mobility in China are not due to differences in parental financial investment, or unfavourable school environment for the girls, as in the case in India. Biased estimate of a girl’s ability, and pure son preference (in rural China) are the likely mechanisms underlying the observed pattern of educational mobility and parental investment in children’s schooling in China.

We also provide evidence on the role played by sex-selective abortion in the observed differences in intergenerational educational mobility in India versus China. We take advantage of the fact that access to ultrasonography was rather limited in India during our study period in India (1980s and 1990s; see the discussion by Bhalotra and Cochrane 2010), but, in China, it was widely available with substantial provision by the government under the one-child policy. The lack of access to ultrasonography in India meant that some of the surviving girls were ‘unwanted’ in the sense that the parents would have chosen abortion if they knew the sex of the foetus. Our evidence suggests that the gender bias in intergenerational education mobility we find in the data is partly driven by parental neglect of such unwanted girls in India. The rural-urban differences in the gender gap in educational opportunities observed in India reflects the fact that access to ultrasonography was easier in urban India during the study period.