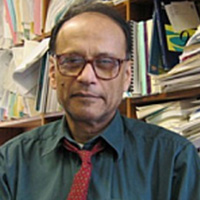 In this article, Partha Dasgupta argues that deliberations on economic development, as in the recently published books by Bhagwati-Panagariya and Dreze-Sen respectively, are of little instrumental use if they ignore the role that high population growth and environmental destruction play in the persistence of poverty.

A central message of modern development economics is the importance of income growth. By this, economists tend to mean growth in Gross Domestic Product (GDP), or the market value of what a country produces. In theory, rising GDP creates employment and investment opportunities; and as incomes grow, both citizens and government are increasingly able to set aside funds for the things that make for a good life. One of the tasks of government is to establish conditions that encourage this kind of economic development. Its role should thus be active (protecting the rule of law; investing in infrastructure, health and education) and passive (permitting markets to operate). Of course, GDP growth in itself doesn’t guarantee an equitable distribution of incomes, but that problem can be offset by government taxes and transfers. Or so the argument would have it.

But this account is inadequate, as the experience of India shows. In the early 1990s the government of India initiated a programme of economic liberalisation. It is now widely acknowledged that the resulting structural reforms led to the impressive economic growth of recent years. Since 2000, GDP has grown at an average annual rate of 7.6% and been accompanied by improvements in a number of other economic indicators. The proportion of people whose incomes are below the country’s official poverty line declined from 45% in the early 1980s to 28% in 2005. The decline is impressive, but the latter figure tells us that the country still harbours widespread deprivation.

India’s continued inequities in health and education have been much written about. As the World Bank noted recently, 45% of Indian children under-five are underweight and 25% of women remain illiterate, figures that are worse than those in a number of countries that are poorer in terms of GDP per head. So, if you look at how figures measuring the quality of life in India have changed since the early 1980s, the country would appear to be a winner. On the other hand if you compare the current figures for the same indicators to those in some countries where GDP per head is lower, India would seem to be a loser.

Jagdish Bhagwati and Arvind Panagariya, two prominent experts on the Indian economy, are known enthusiasts of the government’s liberalisation programme. In their new book, they target a number of “myths” (their term) that critics have created about India’s recent performance in health, education and the distribution of income.

Bhagwati and Panagariya insist that two stages of reforms are necessary for successful long-term economic development: “Track I” reforms aimed at enabling GDP growth and pulling up the poor, and “Track II” reforms aimed at providing healthcare, education and guaranteed employment in rural areas. All of which would be made possible by increasing revenues from higher incomes. Without the former phase, the authors argue, there would be no finance to produce the latter benefits. In their view, the fast growth rates emanating from Track I reforms enable the Indian government to move now to Track II.

Jean Drèze and Amartya Sen, also prominent experts on the Indian economy, are well-known critics of the liberalisation programme. Their target is the neglect by successive governments of health and education, which they see as having given rise to the enormous inequities that characterise the Indian economy. In contrast to Bhagwati and Panagariya, who study changes over time in India’s socio-economic indicators, Drèze and Sen compare the current state of affairs in India with other poor countries and find India wanting. For Drèze and Sen, the sequencing of Track I and Track II reforms is repugnant. In their view a far better pattern of economic development is one in which GDP growth is to an extent traded off for more rapid improvements in health and education. They show that, fortunately, the required trade-off is a lot less than what Bhagwati and Panagariya predict, in as much as improvements in health and education raise human productivity and thereby GDP growth rates.

Despite the vastly contrasting readings of the Indian experience, the analyses in the two books are based on a shared belief, one that is hallowed by tradition but is, I am sorry to say, utterly misconceived. The model implicit in the books is one where human capital, knowledge and manufactured capital are the basis of production, exchange and consumption. Nature doesn’t get a look in except as a bit player, nor is there the possibility that population growth could contribute through habitat destruction to the persistence of poverty and hunger. The problem that undermines both books is that neither GDP, nor the many other ad hoc indicators of human well-being that have been advanced in recent years, are suitable indicators of economic development. Instead, it can be shown that development should be assessed on the basis of a comprehensive notion of wealth (adjusted for the distribution of wealth in the economy). By wealth I mean the social worth of an economy’s stock of capital assets, comprising manufactured capital (roads, ports, machinery, and so on), human capital (population size and composition, education, health), knowledge (the arts, humanities, and sciences), and natural capital (ecosystems, sources of water, the atmosphere, land, sub-soil resources).

Wealth is the measure of an economy’s totality of assets. Hence, wealth per head (adjusted for the distribution of wealth) tracks well-being across the generations exactly: wealth increases over a period of time if and only if well-being increases over that same period. So, if you interpret sustainable development to require that well-being across the present and future generations should not decline, you should be checking whether wealth per head is increasing and is likely to increase in the future. Movements in GDP over time or in health and education would tell you nothing about any of this.

To illustrate the salience of wealth, recall that GDP is the market value of the flow of final goods and services during a year. The rogue word is “gross,” for the depreciation of capital assets is not counted. If a wetland is drained to make way for a shopping mall, the construction of the latter contributes to GDP, but the destruction of the former goes unrecorded. If the social worth of the mall were less than the social value of the wetland, the economy would have become poorer (wealth would have declined) and potential well-being across the present and future generations would mimic that decline, but GDP would signal otherwise. The UN’s seemingly more humane human development index misleads in the same way. An economy’s GDP could be made to grow and its human development index made to improve by “mining” its natural capital.

Bhagwati and Panagariya see government restrictions everywhere, while Drèze and Sen can’t take their eyes off education and health. But there are some of us who can’t help also noting the importance of “externalities,” which are the unaccounted consequences for others (including future generations) of decisions made by each one of us about reproduction, consumption, and use of the natural environment.

In recent years, scholars have traced the links between those externalities and factors such as acute poverty, population growth, and deteriorations in natural capital. None of these three factors directly causes the others; rather, each influences, and is in turn influenced by, the others. For example, a deterioration in the way a community manages the local woodland and water source may mean an increase in the need for “hands” in each household, which then puts further pressure on the woodland and water source. (Empowering women and expanding education certainly help to reduce fertility, but the “externalities” or spill-over effects just alluded to are a potent presence.)

A vast number of case studies have uncovered deep connections between the persistence (indeed, often worsening) of rural poverty in the Indian sub-continent and the habitat destruction that has accompanied economic and population growth.

It has been found that relationships between people and natural resources depend greatly on the site and context. They are also non-linear, which means that claims such as “every 1% increase in GDP per head reduces poverty by around 1.7%” — are unwarranted. It also means that interactions between people and the environment harbour tipping points, where an unexpected collapse of the rural resource base means a sudden dramatic loss in a community’s wealth. Its source could have been population pressure and unprotected property rights over a fragile resource base. Civic strife has been known to follow attempts at migration by local populations.

Neither book has been informed by those findings. Indeed neither even broaches the economic distress associated with high population growth in a poor society. Nor does either book study the massive transformation of India’s ecological landscape in recent decades as a factor in the lives of the country’s poorest. Drèze and Sen do note environmental problems, but only in passing, and in such banalities as that “the risk of climate change may affect the lives of people across the world in very diverse ways, making the exacerbation of inequity one of the primary concerns about the consequences of unchecked climatic developments.”

It is still early days in the empirical study of the wealth of nations. But in a recent paper, Kenneth Arrow, Lawrence Goulder, Kevin Mumford, Kirsten Oleson and I arrived at the very tentative estimate that during 1995-2000, wealth per head in India increased at an average annual rate of under 0.2%, a far cry from the high rates of growth in GDP per head during that same period. Even that low figure is, in all likelihood, an overestimate. Among natural capital assets we were able to include only forests (as sources of timber only), carbon in the atmosphere, land and sub-soil resources. A great swath of ecosystems and sources of water, which many studies show have degraded in recent years, were left unaccounted for because national data are simply not there. We should conclude that wealth per head in India may well have declined in recent decades.

In April an “expert group,” which I chaired and which was convened by the Indian government, released its report on a framework for “greening” India’s national accounts. It recognises the necessity of presenting figures for GDP and consumption, but takes wealth to be the basis for economic evaluation and presents a road map for transforming the way national statistics are collected and collated. Should all that come about, future assessments of economic performance will look very different from the ones in these two books.

Poverty can’t be understood by mere quantification of its incidence. Measuring wealth requires that assets are valued, and that can’t be done unless there is some understanding of the socio-environmental processes at work, for market prices can mislead greatly.

If the methodology adopted in these two books continues to be the orthodoxy, development thinking will remain tethered to cross-country comparisons of quality of life. Meanwhile the links between population growth, acute poverty, and environmental degradation will remain unexplored, and “sustainable development” will fade into a fashionable term aired only at cocktail parties.

A version of the article has appeared in the Prospect Magazine (www.prospectmagazine.co.uk).