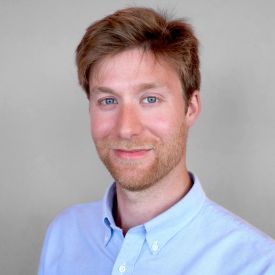 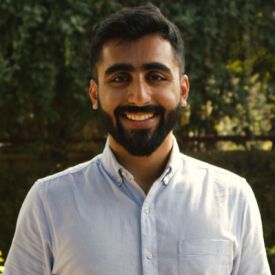 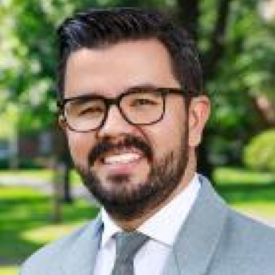 Various studies consistently affirm the importance of strong worker-manager dynamics in driving productivity. Based on analysis of worker-level productivity data, information on orders, and interviews with managers of a large garment manufacturing firm in India, this article suggests that when it comes to labour-allocation decisions, productivity sometimes takes a back seat to managing complex relationships with buyers, who can take their business to the factory down the road.

From the revolutionary introduction of assembly line production by Henry Ford in 1913 for mass manufacturing of automobiles, to more recent incremental adjustments based on lean analysis and insights from advances in organisational economics, manufacturing plants have been subject to continuous transformation and tinkering in the quest to achieve optimum output from available resources.

Organisation of production in garment manufacturing

The garment manufacturing industry is a great case study for the analysis of productivity-driven design. A typical sewing floor is split into multiple production lines, each made up of a number of sequentially arranged workstations. Each line is responsible for the creation of a unique element of a garment (say, a shirt) and each workstation completes a task and passes it along to the next station to make their addition (for example, adding a button to the cuff) until all components are assembled, resulting in a completed garment.

While refined manufacturing processes create an environment that fosters maximum output, actual productivity – which in the garment industry is measured as ‘efficiency’ (the fraction of the target quantity of a particular operation that is completed per unit time) – is ultimately dependent on the quality and effort of both workers and line managers (who are responsible for the lines’ output). As task allocator, communicator, quality inspector, and cheerleader-in-chief, the line manager plays a crucial role in enhancing worker output. With line managers and workers being eligible to earn bonus pay each day that their line exceeds a minimum production threshold, managers are incentivised to utilise all available resources to maximise their daily output. With studies consistently affirming the importance of strong worker-manager dynamics in driving productivity (for example, Bloom and van Reenen 2007), we were interested to understand how the allocation of workers to line managers was done in order to achieve such productivity gains.

To conduct this research (Adhvaryu et al. 2020), we partnered with Shahi Exports, the largest readymade garment manufacturer in India. Workers in this firm are organised into production lines producing orders placed by international buyers, with each line supervised by a manager. Worker mobility across lines is very high, both monthly – as orders and resulting labour needs change – and daily – as absenteeism leads to critical manpower shortages on some lines. This high-frequency shuffling of workers across lines, along with granular worker-level productivity data, allows us to document the pattern of sorting of managers to workers.

Using over three years of daily data on worker-level productivity and team composition from across six of their factories, and found that, on average across the six factories, the correlation between worker and manager fixed effects is –16%, indicating negative assortative matching (NAM). This means that, on average, better managers tend to match with worse workers, and vice versa.

How fascinating; because, logically, if the primary operational goal is to achieve maximal output, then a firm would use positive assortative matching (PAM) to resource production lines, whereby the best managers would be allocated to the best workers, and weaker managers with weaker workers. (Indeed, we show that the underlying production function does indicate that PAM maximises productivity.) The use of NAM is thus counterintuitive if the goal is to maximise productivity. We find that if the firm were to have positively matched managers and workers, aggregate output would have been 1-4% higher. This suggests that there are other elements influencing the allocation of labour, and that operational decisions are being made at the expense of productivity, in an industry traditionally determined to achieve maximum productivity.

What drives labour-allocation decisions of firms?

To investigate the constraints forcing the firm to seemingly misallocate labour across production lines, we coupled the allocation data with outcomes of a novel survey of managers conducted across the six factories, together with data on the orders that large international buyers place at this firm.

The ‘most important’ buyers are large global brands, relationships with whom have been nurtured and developed through consistent delivery on orders. However, due to the global nature of this supply chain, garment suppliers are relatively easily replaced, and delays on orders, in particular, can severely damage relationships. This can lead to less favourable future contracts, and in the extreme, termination of the relationship, thus harming firm profits.

A recurring observation from surveys with managers was related to concerns about their lines falling behind in production and not meeting the deadlines set by brand buyers. With orders from such buyers being large in quantity, multiple production lines are typically engaged in the delivery of the order. When asked about what strategies managers adopt to try and avoid having lines fall behind, 91% said that they would move workers across production lines to help the low-performing lines catch up, and in almost all cases, they would move a high-productivity worker to a low-productivity line. This is exactly the pattern of moves that would generate NAM. We also found that factories where managers are most worried about falling behind on orders, and not meeting deadlines with buyers, are indeed the ones where negative sorting is strongest. Consistent with this, we show that negative sorting is especially strong on the lines producing for the largest buyers.

All-hands-on-deck approach, often at the cost of productivity

Results suggest that the firm is willing to forfeit some productivity to ensure that minimum productivity on least productive lines does not fall so low as to delay completion and delivery of an order. Our results indicate that suppliers to the global market, concentrated in developing countries, may be beholden to a small set of powerful buyers from developed countries, and may be driven, as a result, to ‘misallocate’ managerial skill in service of these relationships, even at the expense of productivity.