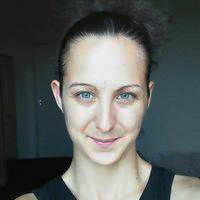 Given the leakage in the Public Distribution System, Indian states are being encouraged to computerise their PDS. This column analyses Kerala’s experience with PDS computerisation and highlights mechanisms through which technology combats leakage in the state’s PDS. However, it argues that computerisation needs to be coupled with deeper interventions to remove incentives for corruption.

Over the last few months, the discussions around the Public Distribution System (PDS) have become increasingly heated. Different takes on leakage rates, as represented in the debate between Gulati and Saini (2015) and Drèze and Khera (2015), have caused fervent discussion not only regarding the different estimates of but also their policy implications. In this context, the key question revolves around mechanisms of improvement: how, if at all, can PDS reform be enabled, and can this possibly remain successful in the long term?

As a researcher on information systems for poverty reduction, I have been studying the PDS from the angle of computerisation of its supply chain. As stated by the National e-Governance Plan (2012), Indian states are now being exhorted to digitalise their PDS. The ‘enemy’ to be tackled is clearly identified, that is, the massive rates of leakage from the system, ascribable for the most part to illegal diversion of PDS commodities to the black market (Khera 2011). As a result, end-to-end computerisation of PDS is being considered a panacea for improvement, adopted with increasing faith by reforming states.

So far, examples of PDS computerisation have taken different shapes, according to the parts of the supply chain on which e-governance is focused. The Justice Wadhwa Committee Report for PDS (2011) divides computerisation into two parts: a first one to prevent diversion, and a second one to enable secure identification at ration shops. The Committee has recognised Chhattisgarh as a model state for the first component, and Gujarat as a model for the second. Other states have embarked upon the ambitious effort of computerising the whole supply chain, most notably Karnataka, where electronic PDS (e-PDS) covers transactions with authorised wholesale dealers and a biometric database of users.

Does computerisation work, and does it provide a viable means to improve the PDS? In recent work (Masiero 2015), I collect ethnographic data1 on the Kerala experience with a computerised PDS, across eight months in 2011-2012. My research focuses on improving the PDS through computerisation, and its implications for other states.

Towards a computerised PDS in Kerala

Before moving to a targeted PDS (TPDS)2 system in 1997, Kerala was recognised for having the best PDS in the nation, catering to almost all of its citizens and yielding a significant impact on nutrition (Kumar 1979). However, the impact of targeting was destructive in several ways: first, the new policy left Kerala with less than 10% of the previously allocated goods (Swaminathan 2002). At the same time, drastic reduction of the Above Poverty Line (APL) subsidy led these households to leave the PDS, shrinking the customer base of ration shops and leading many of them to shut down (Krishnakumar 2000). In the wake of a collapsed PDS, Kerala was by far “the worst hit” by the shift to a targeted system (Suchitra 2004). Therefore, in the late the state government decided to use computerisation as a means to break out of the programme’s crisis.

Computerisation of the Kerala PDS occurred in three phases. The first started in 2001, involved the digitisation of the data of all ration cardholders, registered in a unified PDS database: their records can now be accessed and modified on request by Taluk (block) Supply Offices (TSOs). The second phase consisted of the construction of a software used by TSOs for three functions: operating a Ration Card Management System, managing allocation to ration shops (through a suite of software called ‘Allocation 2.0’), and using an inspection monitoring system to organise inspections in the shops. The third phase, still ongoing, involves computerisation of the ration shops themselves: a biometric interface has been piloted in a set of ration shops in Thiruvananthapuram district, using Aadhaar3 as a means of user recognition. This is performed through point-of-sale machines4, installed in each ration shop, which Aadhaar-registered users through their fingerprints5. The Kerala government is promoting this measure very actively, to the point that the terms ‘digital PDS’ and ‘biometric PDS’ are often used interchangeably by the officials.

Why does the use of biometric recognition receive so much attention, across all levels of intervention, and why is it much more actively promoted than any other measure? On the field, I have witnessed a strong relationship between promotion of biometric PDS and the embeddedness, in this specific measure, of three mechanisms for PDS improvement. First, Aadhaar-based recognition assures, at least in principle, that the user actually is who he or she claims to be, thereby preventing the use of ‘bogus cards’ through which goods aimed at poorer households are diverted. Secondly, the biometric mechanism also prevents illegal practices of ration dealers, who cannot freely divert their goods to the market now. In the biometric system, every transaction needs to correspond to a valid Aadhaar number, and cannot involve non-entitled entities. Third, biometric identification can be performed from all ration shops, meaning that citizens can easily opt out of transacting with a ration dealer who is suspected of irregular behaviour. It is these three mechanisms through which a successful PDS reform can be implemented.

Studying Kerala’s computerisation effort is paramount today, given that state-level PDS reform seems to be the main antidote to widespread leakage from the system. However, there are still two main issues in the programme design, which need to be considered to understand what computerisation can, and cannot, do to combat illegal diversion from the PDS.

First, as a result of Aadhaar’s integration, ration dealers are and prevented from selling PDS commodities in the black market. While logically correct, this measure overlooks diversion at all other stages of the supply chain: no biometric control is there when goods are transferred from the Food Corporation of India (FCI) to local godowns, then to authorised wholesale dealers across the state, and only then to the ration shops which cater to the people. A long, complex supply chain (more complex for the food-deficit Kerala) needs monitoring at all its stages, especially as diversion, fieldwork revealed, is widespread - for example, a border mafia is responsible for disappearance of huge loads of goods at the border with Tamil Nadu, and incentives for diversion, given the dual price system of PDS versus the market, are present at all levels. On the one hand, ration dealers have been endangered by the shift to a targeted PDS, and may be more prone to corruption than others; on the other hand, a system that constructs them as the ‘one guilty part’, brackets a large part of the corruption phenomenon, as this may ignore corruption in the early stages of the supply chain.

Second, the biometric PDS prevents ration dealers from diverting goods, but crucially, it does not remove their incentive to do so, which can be done by enabling a more viable future for their businesses. In Kerala, where a wave of debt-induced ration dealers’ suicides pervaded the state after 1997 (Suchitra 2004), ration dealers had been highly threatened with and resorted to all means to maintain their businesses. As in other states, corruption became a “requirement for economic survival” (Khera 2011): the Government of Kerala did take measures to sustain their businesses, ranging from recognising an additional 17% of households as Below Poverty Line (Swaminathan 2002), to giving credit concessions and allowing sale of non-PDS goods in ration shops (Nair 2000). While these measures helped of the Kerala PDS, they did not constitute a long-term fix to ; unfortunately, that fix has not come with computerisation either. As a result, the incentive for corruption and leads to a prospectively worrying scenario wherein technology may be bypassed by ration dealers, in order to ensure of their shops.

As a citizen has powerfully pointed out, in a letter to the Economic and Political Weekly (Jana 2015), PDS experiences problems of both design and governance, and different fixes are required for these. My study of PDS computerisation in Kerala has found three mechanisms through which technology combats leakage: if properly implemented, it prevents access to non-entitled households, detects illegal sales from ration shops, and allows citizens to opt out of transacting with ration dealers suspected of cheating. However, the focus is almost exclusively on ration dealers, and the system does not remove the incentives for them to be corrupted. Both issues go beyond the governance and require fixes in terms of programme design.

So computerisation can, as Kerala demonstrates, be deep enough to enable substantial reform of the PDS. If the programme is to be given a chance of survival, now that plans to replace it with cash transfers are being voiced, computerisation will have a significant place in state-level reform. At the same time though, an eye needs to be kept on programme design: a digital PDS can detect and monitor corruption, but this needs to be done holistically across the supply chain, rather than only focusing on a sole ‘guilty part’ in the system. In addition, digital reform should be coupled with deeper, substantial intervention in the programme’s functioning, so that prospects of survival of ration shop businesses are not dependent on illegal sales of goods to the market. Both streams of intervention require careful and will be crucial to maintaining the PDS - if it is to survive the leakage crisis that still affects it.