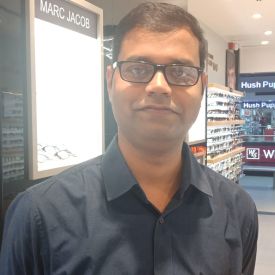 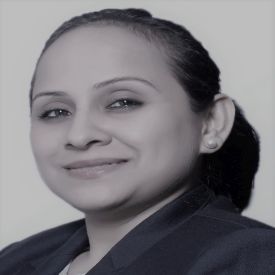 India is planning to bring about a national e-commerce policy. However, the government has decided to stay away from negotiations at the World Trade Organization platform to set international e-commerce rules due to many concerns. In this post, Shikha and Prakash argue that it will be prudent to join the negotiation and participate actively to highlight India’s concerns and guide the discussion towards a fair negotiation.

Government of India released a draft e-commerce policy on 23 February 2019. The major tenets of the policy are related to data storage and localisation, encouraging foreign direct investment (FDI) in the marketplace model, measures to contain sale of counterfeit, prohibited, and pirated items, and to make India’s e-commerce exports competitive and attractive. While stating the above as the underlying objective, the government has decided to stay away from negotiations at the WTO (World Trade Organization) platform to set international e-commerce rules. It believes that the WTO framework may not safeguard the interest of its fledging domestic e-commerce sector, hamper its control over cross-border data flow, and undermine its sovereignty over national legislation regarding custom taxation. In our view, it will be prudent on the part of the government to reconsider its position and join the negotiation, participate actively, highlight the concerns, and guide the discussion towards a fair negotiation. Below mentioned are a few reasons that prompt India to take advantage of WTO negotiation.

India is wary of the demand made by developed countries to ban the regulations that many countries passed to protect the data. Contrary to the initial concern that India had, the government seems to have now adopted a softer approach towards the rules for data localisation under the recently tabled Data Protection Bill and has drafted guidelines for data collection, storage, and processing of personal data that are more flexible in scope. However, India must learn from China, which has a very strict data-localisation policy but is still willing to join the negotiation calling for a ‘global data governance’ mechanism. It is showing flexibility in its approach because it is confident that by making relaxation here, it may be able to negotiate the global rules which will be conducive for its domestic suppliers. India has a large number of e-commerce start-ups, many of them catering to the international consumer demand. India should not compromise on its initial stand on data protection and localisation and maintain a firm stand, as any dilution from the initial position will only be seen as a compromise. However, by actively participating in the negotiation, India can protect the interest of export-oriented domestic start-ups just like it has done in the earlier WTO negotiations on Agreement on Agriculture (AoA) and trade related to services. It must put forward its point on data localisation policy and seek other countries’ support in protecting the privacy of the data and its usage on sharing with various stakeholders. There are many countries which are sympathetic to India’s concern on this matter.

The WTO has already, for several years, been applying an agreed moratorium on tariffs for goods that are transmitted electronically. Developed countries are arguing for making this moratorium permanent. India fears that as more and more goods shift to digital domain (in light of developments in digital manufacturing technologies such as 3-D printing), these could mean substantial loss of revenue for emerging economies like India. According to the Economic Survey 2017-18, India’s revenue from custom duty has remained around 15% from fiscal year (FY) 2009-10 to FY17-18 and have not shrunk even after the compounding rate of growth of e-commerce trade worldwide (Figure 1). Therefore, it should not be cause for immediate concern. Going forward, India could increase its share in the global e-commerce market by remaining in the WTO framework and thus could offset some of the tax losses through custom duty by the increased revenue (thus corporation taxes) of its domestic e-commerce companies. India should not concede to the demand of developed countries to make moratorium permanent but negotiate it to make moratorium valid for next 10 years, so that it can have elbow room for negotiation after 10 years if things do not work out. 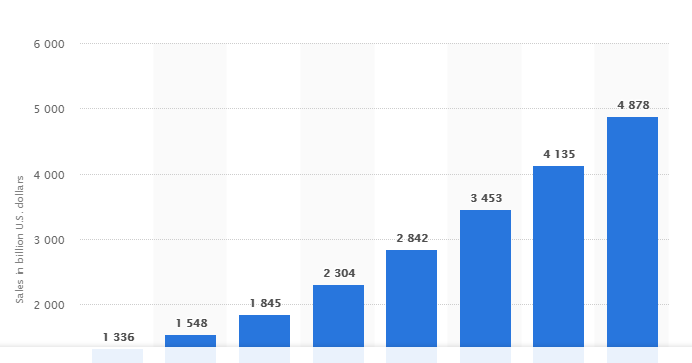 Advantageous to the MSMEs

It is important to appreciate that micro, small & medium enterprises (MSMEs) are the backbone of our economy. They are labour-intensive and hence, a major source of domestic employment. One of the key assumptions of the WTO negotiation is that it would help MSMEs by enhancing their scope for participating in international trade. It would be cost-effective for small and medium enterprises to use e-platforms to sell their products in the wider geographical areas. However, here India must argue in favour of Non-Discriminatory Market Place (NDMP)2 model as against an inventory-based3 model as NDMP models are more favourable to the MSMEs.

Bilateral trade talks with the US

Despite the much celebrated visit by our honourable Prime Minister to the US this year, not much was achieved in terms of trade negotiations with the US. The trade talks between these two countries have stalled for time being as US’ asymmetrical demands for market access and refusal to restore benefits to Indian exporters under the Generalised System of Preferences (GSP)3 was not accepted by India. The US has demanded sweeping changes to e-commerce laws, including those related to storing of the data and access to cloud-computing which is not accepted by the Indian government. While the position India has taken is laudable as it shows India on a strong footing ─ by maintaining political cordiality but not succumbing to the political pressure by America ─ it is worth thinking if any other alternate negotiation platform is available for India.

India must bear in mind that there is a lot of scope for enhancing its share in the global e-commerce exports. With private domestic consumption in the economy showing secular downward trend from a high of 61% (2013-14) to 55% (2018-19) as per the latest Economic Survey, it must capture the growing e-commerce market to boost exports. It can do so effectively by remaining in the WTO framework and negotiating in a way that is to its advantage. Most of the countries of Africa and even China is ready to be part of the negotiation; India cannot afford to remain isolated. It will have to join the framework at some point of time. However, terms may not be favourable then because consensus could have been reached without India’s participation. Therefore, India must join the negotiation now and put its views prudently and forcefully.