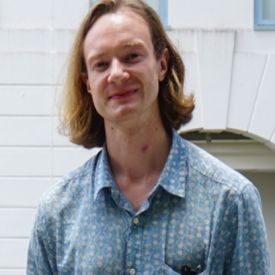 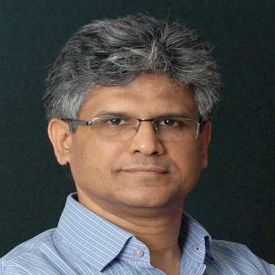 While per capita emissions in global cities are significantly lower than the national average, large Indian cities like Delhi and Kolkata emit up to double the national average. Shah and Downes look at how urbanisation in India could derail national decarbonsation efforts. They suggest a more decentralised approach, where local and national governments work together to minimise the impact of climate change.

India is one of the first developing countries to announce a net zero target. Its decarbonisation goals have always been ambitious, with progress to date internationally recognised. But a missing element threatens to upset the government’s Panchamrit approach, announced at the United Nations Climate Change Conference (COP26). In our new report (Downes et al. 2022) we find that the nature of India’s urbanisation could impede its efforts to decarbonise.

Urban areas in India contribute two-thirds more greenhouse gas emissions per person than rural areas. While per capita emissions in global cities such as London, Kuala Lumpur and Mexico City can be lower – by up to 60% – than the national average, the reverse is true in India, with large cities like Delhi and Kolkata emitting up to double the national average. Such statistics go unnoticed because both domestic and international conversations have a sectoral focus, envisaging decarbonisation in energy, transportation, agriculture, industry and commerce. Yet most, if not all, of these transitions converge in cities. Cities shape the demand and manage the supply that drives sectoral emissions. Energy demand in buildings is expected to increase by 800% between 2012 and 2047, according to NITI Aayog’s India Energy Security Scenarios, 20471. Demand for steel, iron and cement will rise as urbanisation increases, with an associated rise in manufacturing and construction emissions. With car usage likely to skyrocket, more vehicles will end up on already congested urban roads.

Cities hold the levers for change, whether through better regulation of building plans or multi-modal planning for urban transport. However, municipalities are usually unprepared for efficiency and innovation, threatening to lock India’s cities into a high carbon pathway. Technical skills, such as in climate sciences and urban planning, are lacking, and, only a third of urban settlements in the country have a development plan (NITI Aayog, 2021). Where plans exist, they are restrictive of economic activity and the accompanying regulations are extremely difficult to enforce. Most of the land is frittered away as ‘private open space’ due to low ground coverage, whereas public space can be as low as 10% in some city districts (compared to the international standard of 30-40%) (Byahut et al. 2020).

Only half of India’s cities with a population over one million have plans for adapting to climate change, despite the mounting evidence that poor urban planning is the cause of severe flooding and water scarcity. In cities like Hyderabad and Chennai, the impacts of unplanned development are causing recurring damages. Just as the direct causality between deficient planning and regulation and the loss and damage caused by extreme climate-related events is becoming more evident, the indirect impacts are also more apparent. Insufficient public space means there are fewer parks which absorb emissions, and fewer bus lanes that could reduce the use of private vehicles. Low building densities in city centres push growth to the fringes, where land is cheaper and regulation is loose. The sprawling, dense and unregulated peripheries of Indian cities increase commute times and distances, spread public services thinly, increase reliance on tube wells for water and diesel generators for backup, and create heat-islands. Poorly constructed buildings guzzle energy and increase waste and obsolescence.

Mumbai has recently captured headlines by creating a climate action plan, but in a country of more than 8,000 cities, this is barely cause for celebration. With even smaller Indian cities like Jaunpur, rising up the list of most polluted cities in the world, the costs of inaction are ever mounting. Even in cities that somehow muster up their action plans, the actions are seldom timely and effective.

City systems in India will require a massive overhaul if urban populations are to be protected from rising temperatures, extreme weather, and flooding – a few of the most pronounced impacts of climate change. India is the 68th most decentralised country among 182 countries ranked by the World Bank, with its only equivalent in size – China – ranked 21st (Ivanyna and Shah 2012). A lack of decentralisation puts local governments at risk, depriving them of the powers and funds required for adaptation, and making them reliant on higher levels of government to deliver even the most basic services.

Decarbonisation will require a paradigm shift, but it cannot be limited to devolution. An effective National Climate Action Plan will need to activate the principle of ‘bottom-up’ planning and management, with closely coordinated local, state and national actions. Mitigation targets can be cascaded to local levels from the Nationally Determined Contributions affirmed at Glasgow – but not without the recognition that cities and districts are affected by policies written elsewhere. State governments are the fulcrum for achieving climate goals because they are constitutionally the mediators between national and local development. They can make municipalities accountable for achieving results while being custodians for sustainable and inclusive local development.

Continued misgovernance and failure to act in the face of sprawl, pollution and congestion have already been projected to cost India between $330 billion and $1.8 trillion per year by 2050 (or 1.2-6.3% of GDP) even without accounting for decarbonisation (Tewari and Godfrey 2016). For an urbanising country to grow and prosper while dealing with the headwinds of climate change, cities can no longer be denied the required funds, functions and functionaries. The duty of care for over 1.4 billion people lies in the hands of all three tiers of government simultaneously.

Great Article - congratulation Jagan, Sam !!! A few quick comments, i hope you like to consider in future works at Artha - Developing nations should now think on fast diversifying conventional mean of economic prosperity which is significantly dominated by Urbanisation and Sprawl. Ensuring a Regional balanced development, addressing the rural development barriers caused due to unreliable infrastructure, un-sustainable farming practice and absolutely no investment in education and health - are primary cause in my assumption to direct migration to urban centers in search of livelihoods at a discounted on quality of life. Public funded work guarantee programmes which were initially a success and demonstrated positive impact on addressing migration, however, with public spending reduced gradually post covid, the migration patterns seems to have reversed its gains. May policy thinkers should suggest a similar Urban wage for work guarantee programme - this time to possibly address livelihood gap in urban centers with positive ambitions to deliver large infra investment projects