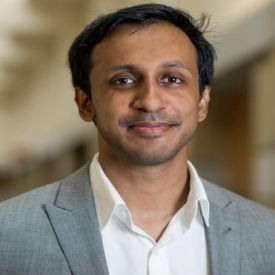 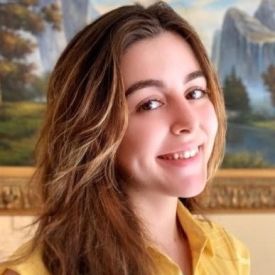 Governments and non-profit organisations are increasingly reliant on using digital technologies to deliver information. In the context of agricultural extension in Gujarat, this article looks at whether these digital flows of information crowd out in-person interactions that have been critical to agricultural technology adoption. It finds that access to a mobile phone-based extension system makes farmers less reliant on their peers for information, but still stimulates information exchange and increases demand for digital services.

Across the world, governments have relied on systems of agricultural extension as the primary conduit between research produced by agronomists and the farmers who put it into practice. The World Bank estimates that upwards of $10 billion has been spent on extension programs in the past five decades, with a particularly prevalent model being the “Training and Visit” extension, where extension agents visit farmers and demonstrate new practices and inputs (Feder 2005). However, according to the 59th round of the National Sample Survey, just under 6% of farmers across India report having received advice from an agricultural extension worker about ‘modern agricultural technologies’ (Glendenning 2010).1

The importance of social learning for agricultural technology adoption

While the above statistic is admittedly dated, it puts into focus two important realities that motivate this article. First, in the absence of state presence, farmers rely on each other to learn about new agricultural technologies. Indeed, an influential body of research suggests these peer interactions lend themselves to ‘social learning’ and play a crucial role in technology adoption (Foster and Rosenzweig 1995, Conley and Udry 2010)2. Moreover, when farmers learn from peers who live nearby, they can exchange critical local knowledge that is well suited to the specifics of their production conditions; knowledge that maybe hard to replicate through a ‘top-down’ model of extension (Munshi 2003). Second, the last two decades have seen a meteoric rise in the availability of information and communication technologies (ICTs) – principally, mobile phones – as a more cost-effective, convenient and far-reaching source of agricultural information3

Envisioning a technological dystopia akin to an episode of the Netflix TV show Black Mirror, I wondered if the farmers in a previous study examining the impact of digital agricultural mobile extension service (Cole and Fernando 2021) may have shunned interacting with their peers with the advent of expert advice received over a mobile hotline. After all, prior work suggested there was considerable demand for the service: over 90% of farmers offered access to the service called into the line and used it for more than 2 hours on average during the experiment. Such substitution could decrease opportunities for social learning, slowing the diffusion of local knowledge and new agricultural technologies. I investigate these questions in a recent study (Fernando 2021). Allaying any tech dystopian fears, I find that digital agricultural extension, if anything, acts as a complement to peer interactions rather than a substitute – access to the service increases the returns to farmers’ peer-to-peer interactions and increases willingness to pay for the service even for those farmers who are only indirectly exposed to it.

My experiment examined the effects of introducing a mobile phone-based agricultural extension technology on the information-sharing dynamics of farmers in Gujarat. The treatment, an extension service called Avaaj Otalo (hereafter referred to as AO), provides farmers with access to expert information from agronomists, delivered through weekly automated ‘push’ notifications, as well as through a hotline which farmers can call into to receive specific or immediate feedback.

In partnership with two NGOs, the Development Support Centre (DSC) and the Aga Khan Rural Support Programme (AKRSP), 1,200 cotton farmers from 40 villages were selected to participate in the study. Of this sample, 800 farmers were randomly assigned to a treatment group which received a toll-free mobile extension service; the remaining 400 farmers served as a control group.

Participants were surveyed at the baseline (the beginning of the experiment), midline (one year after baseline), and endline (two years after baseline). At each survey point, participants were asked to list three peers with whom they discuss agriculture frequently. Collecting this data allowed for the estimation of ‘peer effects’: how exposure to a peer farmer with access to the treatment influences one’s own outcomes.

Lastly, to determine changes in demand for the information provided by AO, I use the Becker-DeGroot-Marshcak (BDM) mechanism4 to see if exposure to the treatment increases farmers’ willingness to pay for a nine-month subscription.

Another important finding was that the farmers changed who they interacted with – both treated and untreated farmers prioritised social interactions with the treated. By asking respondents to list peers in each round of surveying, we could understand how their peer groups evolved over time and in response to the treatment. One out of every three peers listed in the midline and endline surveys was a new, treated peer (that is, not listed at baseline). Even those in the control group who were indirectly exposed to the treatment are more likely to subsequently list a farmer with access to the service as a peer farmer with whom they frequently discuss agriculture. Overall, this shows that farmers using AO are seen as having valuable information, and thus become preferred interlocutors for both the treated and the untreated.

This finding once again suggests that there may be complementarities between farmers who receive access to the service. Indeed, treated farmers with peers who were also randomly assigned access to the service were 11 percentage points more likely to use the AO service, and for longer periods (2 hours more, on average) than treated farmers without treated peers. While we do not find that these farmers were more likely to adopt the agricultural inputs, this study is likely insufficiently powered to capture such effects. Moreover, there is growing evidence that suggests the usage of digital agricultural extension is itself an important input into production, and can have important effects on the productivity of agriculture (Fabregas et al. 2019).

A version of this article was also published on VoxDev