Estimating the nutritional impact of the Food Security Bill 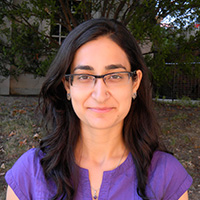 The provisions of the new National Food Security Bill seek to expand the value and reach of food subsidies provided through the Public Distribution System. This column analyses the nutritional impact of the PDS, and provides an estimate of the impact of the Bill on the caloric intake of current beneficiaries of the programme.

The Public Distribution System (PDS) is one of the biggest anti-poverty programmes of the Indian government.1 The PDS provides assistance to below poverty line (BPL) households in the form of a monthly quota of subsidised goods including rice, wheat, sugar, edible oil and kerosene, though a network of 4.9 lakh2 fair price shops across the country. The primary aim of the programme is to improve the nutritional status of food insecure households by providing them supplementary food grains. Despite serious operational issues ranging from faulty targeting to high levels of leakage and corruption3, the PDS remains a critical form of assistance to poor households in India.

Under the provisions of the National Food Security Bill (NFSB), which was passed in September 2013, an increase in the reach and value of subsidies provided through the PDS is imminent. While the financial implications of the Bill have received a lot of attention, it is also important to estimate its possible impact on the nutritional status of beneficiary households. In my study, I use differences in state level programme rules and local market prices to examine the impact of the current version of the PDS on caloric intake (Kaul 2013).4 Consumption data and prices come from six years (2002-2008) of the National Sample Survey Organisation (NSSO) surveys.

Nutritional impact of the PDS

The PDS is conceived as a supplementary programme and does not aim to meet the entire food requirements of any household. All households also purchase food in the market, so my study agrees with opinions expressed in the popular press that the PDS has the effect of increasing the total amount of money that beneficiary households are able to spend on their food and other needs.5 The rupee value of this boost in income can be calculated as the discount (Market price minus PDS price) multiplied by the quota the household is entitled to:

First, quotas differ by state. For the period under study (2002-2008), the monthly household quota varies from 16 Kg per month (Karnataka) to 35 Kg per month (Jharkhand). Further, in Kerala, Andhra Pradesh and West Bengal, the quota is indexed to family size, in the others it is not. Thus each household’s entitlement depends on where they live, and in some cases, on the size of their family.

Second, PDS prices are typically set for the year. They are based on the central issue price and do not fluctuate with market prices. Market prices of food grains, and in particular rice, vary due to state level controls on the movement of goods, random weather phenomenon, and other local and seasonal conditions. Thus, the discount that households receive, even within the same state, varies by district, season and year.

I incorporate the differences in prices and quotas in order to calculate the per person value of the subsidy for every household in the sample, based on its size, location and time of year. The analysis suggests that the PDS has a positive and significant effect on calories from cereals (as expected), and it also has a positive effect on calories from other types of food.6 This confirms that the subsidy is akin to an income transfer and affects overall food intake. The effect of the subsidy on caloric intake is somewhat smaller than the responsiveness of caloric intake to pure increases in income or expenditure.7 This is not surprising, for two reasons. First, there may be transaction costs, such as long and inconvenient wait times at the fair price shop, associated with using the PDS. Since a pure increase in income does not have any such costs, it is reasonable to expect that it will have a bigger impact on consumption. Second, this estimate is based on programme rules - the quota that households are eligible for - not the amount they actually receive. Thus, it takes all the inefficiencies and leakages in the system into account. In the absence of any leakages, the impact of the subsidy should be higher. I check for, and find this to be true - the impact on caloric intake is almost 50% lower in states that are known to have a more corrupt PDS.

Implications for the Food Security Bill

Once implemented, the NFSB hopes to provide 5 Kg of food grains, per person, per month, at prices ranging from Rs. 3 per Kg to Re 1 per Kg. It will also expand the coverage of the PDS to include 67% of the country’s population. Thus, the programme will offer a bigger discount to a larger number of people. I discuss these two changes in turn.

First, I consider the impact of the NFSB on caloric intake of the present beneficiaries of the PDS. Currently, the BPL population is, on average, eligible for 4 to 5 Kg of food grains per person, per month. Thus the Bill does not entail a big increase in the quota. However, at current prices, the per-Kg subsidy will increase from Rs. 13.5 to Rs. 16.5.8 This implies an increase in the value of the subsidy from approximately Rs. 67.5 to Rs. 82.5 per person, per month. The average caloric intake for PDS rice users from the 2009-2010 wave of the NSSO surveys is estimated at 2,260 Kcal/day in rural and 2,076 Kcal/day in urban areas.9 In my study, I find that an increase in the value of the subsidy by 1% increases caloric intake by 0.144%. Combining this with current price and calorie data, I estimate that the NFSB will increase the per person caloric intake of the present beneficiaries of the programme by 72 Kcal/day in urban and 66 Kcal/day in rural areas.10 The impact will vary depending on how successfully different states implement the programme.

Second, the NFSB will also expand the reach of the PDS by increasing the pool of beneficiaries from the current estimate of 44% to 67% of the country’s population. It is difficult to estimate the impact of the Bill on the new beneficiaries, given that they belong to a higher bracket of the income distribution. However, to get an idea of how these households might behave, I consider the impact of the PDS in Tamil Nadu, which has had a universal subsidy since 2002. I find a higher overall effect of the PDS on caloric intake in Tamil Nadu, as compared to the rest of India. While this could also be a result of differences in the delivery mechanism, or in the economic conditions and programmes available to residents of Tamil Nadu compared to other parts of India, it suggests that adverse effects on caloric intake are unlikely to occur due to the expansion of the beneficiary pool.

Despite high levels of leakage and problems in implementation, my study finds that the PDS does have a significant effect on cereal consumption and overall caloric intake. Effects are higher in states where the PDS functions better. I find that the larger discount included in the NFSB will increase the per person caloric intake of the present beneficiaries of the programme by 66 Kcal/day in urban and 72 Kcal/day in rural areas.

There are limits to my study’s ability to compare the caloric impact of the PDS to an equivalent income transfer because differences in the implementation of the programme affect its results. In order to make a fair comparison, we would need an idea of what the implementation or leakage issues in an equivalent cash transfer programme, on such a large scale, would be.