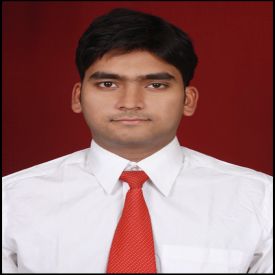 The Lead Bank Scheme of the RBI involves a ‘lead bank’ in each district of India that coordinates financial services in the district, and a ‘convenor bank’ in each state that monitors these activities of the lead banks in the state. Analysing quarterly district-level data on credit disbursement for 2004-2019, this article finds that in districts for which lead bank and convenor bank belong to the same corporate entity, credit disbursement is 21% higher.

The Reserve Bank of India’s (RBI) ‘Lead Bank Scheme’ is among the oldest financial inclusion programmes in the country. Initiated in 1969, the scheme assigns the role of lead bank to a public-sector bank in each district, based on the overall capabilities of the bank in the district. The lead bank coordinates with local financial-market agents to identify and address bottlenecks in the provision of financial services, and to conduct public outreach programmes such as financial literacy camps in the district. Further, another public-sector bank is assigned the role of convenor bank for the state, which involves monitoring the performance of lead banks of the state. The chairman of the convenor bank executes this function through quarterly meetings with lead banks. These meetings are regularly attended by senior bureaucrats and politicians of the state, and representatives of local press and NGOs (non-governmental organisations). If it is found that the lead bank has failed to meet targets, penalties are imposed, which may include allotting some funds to (low-yield) Rural Infrastructure Development Fund.

Given this organisational structure of the scheme, some districts have their lead and convenor banks belonging to the same corporate entity. What effect does this alignment have on the financial-market outcomes in the district? Theories of organisational economics suggest that lower costs of intra-firm monitoring and punishment, lead to higher effort by employees (Williamson 1981, Holmstrom 1999). In this context, the lead bank of an ‘aligned’ district should be exerting more effort as they are reviewed by their immediate supervisors. If so, one can expect higher credit disbursement in these districts.

For most public-sector banks in India, recruitment is conducted only for junior-level employees, whereas the senior positions, such as for lead bank personnel, are filled through promotions based on merit-cum-tenure. Further, attrition, and termination of employment remains low in these organisations. In such an environment, managers subject to review by their immediate superiors are more likely to exert higher effort in the assigned tasks. 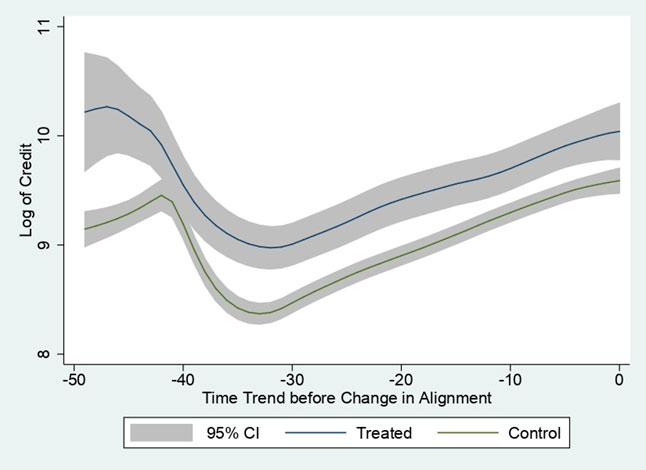 Note: A 95% confidence interval (CI) is a way of expressing uncertainty about estimated effects. Specifically, it means that if you were to repeat the experiment over and over with new samples, 95% of the time the calculated confidence interval would contain the true effect.

Could monsoon rainfall be correlated with unobservable district-level characteristics? If aligned districts are more susceptible to scanty monsoon rainfall, then households may be better prepared for consumption smoothening, which may bias the above result. A further statistical test of difference in district-wise departure of monsoon rainfall from normal levels, rules out this concern.

In India’s Lead Bank scheme, each district is assigned a public-sector bank as lead bank to improve district-level financial inclusion, and each state is assigned a public-sector bank to monitor the lead banks. My study finds that when district- and state-level agents of this scheme belong to the same corporate entity, credit disbursement is 21% higher. The results are explained by lower cost of monitoring of the state-level agent, which induces higher effort by district-level managers.

Whether greater credit disbursement is good or bad from a social welfare perspective is a separate matter. This requires assessing ‘adverse selection’4 or ‘moral hazard’5 in allocating credit at the district level. To do so, one would need data on district-level non-performing assets (NPAs), which to my knowledge, is currently unavailable in the public domain.