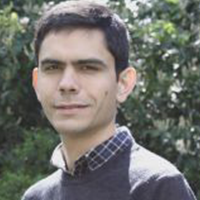 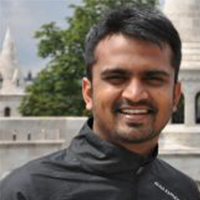 Caste is an enduring predictor of economic status in India and caste-based discrimination continues to pervade several spheres of life. What about rural lending? This column suggests that most caste-wise differences in access to loans reflect differences in application rates and only a smaller part are due to discrimination: backward caste-members are a lot less likely to apply for loans than the advantaged groups.

Providing access to resources and opportunities is considered crucial for improving the economic and social outcomes of disadvantaged groups in society. In India, these considerations centre on the role of caste which perpetuates historical inequalities for large swathes of the population. Caste-based discrimination occurs in several spheres, and caste remains an enduring predictor of economic status; it is correlated with occupation, employment, income and expenditure, and capital more generally.

One important avenue through which caste can influence income and productivity in the rural sector – where agriculture dominates – is by shaping access to bank credit. The question of whether caste influences access to credit is thus important, and the government has long recognised the need to facilitate equitable access – for the rural sector as a whole, and also for specific caste-groups. Reflecting this priority, the Reserve Bank of India (RBI) directs banks to undertake targeted lending to various disadvantaged groups, and monitors their progress in doing so. The alternative, so-called informal sources of credit such as traders, moneylenders, and landlords, tend to provide credit at much higher rates of interest, exploiting the circumstances of the borrowers to maximise their own earnings.

In recent research, we examine the role of caste in rural bank lending (Kumar and Venkatachalam 2016). We are especially interested in examining whether banks discriminate on the basis of caste, and in understanding potential mechanisms behind any caste-based patterns in access to loans. Through these questions, we indirectly address a larger question concerning the effectiveness of affirmative action policies in the financial sector. In a departure from the literature on this issue, we study both the decision to apply for a bank loan, as well as whether that application is subsequently approved by the bank. In brief, we find that access to bank loans is stratified by caste, but that the major proportion of these differences is due to differences in loan application rates. However, we do find evidence of some discrimination against borrowers belonging to Scheduled Tribes (ST) when it comes to loan approvals.

We use the conventional caste-groupings followed by the Government of India, namely, Scheduled Castes (SCs; the most disadvantaged), STs (also very disadvantaged), Other Backward Classes (OBCs; of middling disadvantage), and Brahmins and other traditionally privileged higher castes.

The challenge of measuring discrimination

How should we conceptualise discrimination? There are two key ways. First, discrimination can be taste-based (Becker 1971). In the case of loans, these may be attributed to an explicit ‘taste’ for discrimination against borrowers of disadvantaged castes on the part of the bank. Second, discrimination may be statistical, occurring due to information problems relating to unobservable characteristics (for example creditworthiness or ability). If a bank manager can’t observe these directly but finds through experience that they are correlated with caste, than s/he might rely on caste as a proxy for them, even though she does not assign any independent importance to caste per se.

It is challenging to measure potential discrimination in terms of these two definitions. Empirical studies to measure discrimination often use survey (that is, ‘observational’) data, and one cannot be completely confident that potentially important characteristics have been measured, with the result that unobservables might lead to biased estimates. One way to address the problem of potential unobservables is to employ counterfactual simulations. We can investigate how results might change if we could control for certain key unobservables. For this, we use a simulation approach (explained below) to examine how sensitive our results are to its presence under different distributional assumptions.

Previous studies in this area control for indicators of creditworthiness (example, land-ownership, household demographics, etc.), and indicators of economic status, but they do not control for the decision to seek credit. We use data from a nationally-representative survey (Indian Human Development Survey (IHDS), 2011-2012) where respondents were asked whether they had applied for a bank loan and whether they received one. This question is critical to exploring whether any caste-wise differences in loan patterns do indeed reflect current discrimination on the part of lenders. We say current, because it is possible that members of a certain caste are less likely to apply due to previous group experience of not getting loans, so it is important to bear in mind that we cannot rule out past discrimination as an influence on observed current application rates.

Hesitation, discrimination, or both?

Our analysis focusses on measuring the residual effect of caste on the demand for loans and their subsequent approval once we have accounted for relevant borrower characteristics such as land ownership, economic status more generally, household demographics, and village characteristics which can either (a) act as collateral, (b) signal the ability to use a loan productively, or (c) reflect better physical access to banks. In the first stage of our analysis we model applications and approvals as a function of borrowers’ demographic and socioeconomic characteristics. We find that caste-wise differences do exist in access to loans, and the major part of these differences can be explained by corresponding differences in application rates. Table 1 shows that SCs and STs, the two most disadvantaged groups, are about one-fifth less likely to apply for loans than Brahmins and OBCs even after taking into account characteristics such as land ownership. Conditional on applying for a loan and having accounted for the various borrower characteristics, while Brahmins, OBCs and SCs have uniformly high rates of loan approval of nearly 95%, ST borrowers are 5-7% less likely to have a loan approved. In other words, STs likely face taste-based caste discrimination.

Notes: This table shows sample-average probabilities by caste group after adjusting for various borrower characteristics. Standard errors are given in parentheses. See Kumar and Venkatachalam (2016) for details.

In the second stage of analysis, we focus on caste-based differences in loan approval, and examine how sensitive these findings are to the role of potential unobservables.

Credit history is an obvious characteristic that should be taken into account in loan approval (if not applications). However, in the Indian context, this information is often unavailable, and may be correlated with caste. As discussed above, information on credit history is important to be able to distinguish between taste-based and statistical discrimination. Since the data do not provide information such indicators, we instead examine their potential role through a simulation1approach adapted from Ichino et al. (2008) where we artificially construct a credit history variable and see how our results change if we include it in the analysis2,3., But it is important to note that although credit history is only one potential unobservable, this analysis can be interpreted more generally, for example, to land quality, which again we do not observe, and which might (a) be correlated with caste, and (b) used by the bank in its decision-making process for loan approvals.

Figure 1. STs likely face discrimination even if loan histories are accounted for

Notes: This figure summarises the results from a simulation exercise designed to investigate if credit histories might in fact be the real reason why STs face lower approval rates. Proportions of non-STs with good credit histories are given along the vertical axis, and the horizontal axis shows the probability that banks will approve a loan conditional on good credit history. Each point thus corresponds to a given distribution of credit histories, and for each combination, we simulate a binary credit history variable and re-estimate the gap in ST vs. non-ST loan approval rates having included credit history as an additional regressor. We repeat this 200 times for each point, and the figure summarises the average ST vs. non-ST loan approval gap across these repetitions. The darker the colour, the greater the approval gap -- or in other words discrimination. See Kumar and Venkatachalam (2016) for details.

Our finding that there is little discrimination – and none against SCs – is quite positive, even though the 5-7% lower approval rates for STs likely due to taste-based discrimination are a cause for some concern. But our finding that loan application rates differ significantly across caste groups in a way that mirrors their disadvantage is less positive. While we cannot say for sure, it suggests that historical disadvantage and possibly discrimination are still at play in shaping people’s expectations. It is possible that farmers who do not apply to banks find their credit from informal sources, but this is not encouraging either because such sources offer credit at very high rates. That said, a further set of results in the paper confirm that small farmers – those who own less than five acres of land and whom the RBI encourages lending to – have smaller inter-caste differences in application rates. This too is a positive finding because it suggests that this encouragement has trickled down to the level of expectations too, and has muted caste-based differences in application rates as a result. Caste and credit is not such a woeful tale per se, but more remains to be done.