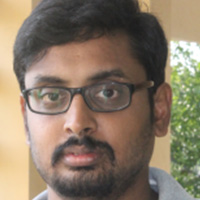 Some believe that MNREGA has negatively impacted agriculture by reducing the supply of labour available for farm work. This column refutes this view and argues that MNREGA has enabled agricultural workers with small and marginal landholdings to move up the social and occupational ladder – from wage workers to farmers - by complementing their farm income and providing for start-up investments in agriculture.

Perhaps the most controversial and important debate around the Mahatma Gandhi National Rural Employment Guarantee Act (MNREGA) in recent times has been regarding altered conditions of demand and supply of labour in rural areas, particularly in agriculture. The most prominent accusation is that MNREGA has led to a shortage of workers available for farm work, and hence, increased agricultural wages. It is alleged that this has resulted in an increased production costs, and has made farming difficult and unviable (Murthy and Mishra 2012). Further, there are several media reports quoting certain sections of land owners, representatives of farmers’ organisations and economists lamenting that agricultural workers have become lazy and less productive because of MNREGA. Based on these arguments, there are demands either to scrap the programme or to stop its implementation during agriculture seasons. Another suggestion is to link MNREGA with regular agriculture operations like sowing, weeding and harvesting that will provide labour subsidy to land owners and make workforce readily available to them. Political leadership of several states, including Andhra Pradesh (AP)1, agree with this suggestion and recommended the same to the central government.

I seek to counter the above arguments by analysing the impact of the scheme on farmers and agricultural workers. This is based on my field research in four villages of AP during 2012-2014, substantiated by analysis of another dataset 2 on 4,500 households in 157 villages across 12 districts, official MNREGA data from the Government of AP, extensive review of secondary literature, and media reports (Kumar 2014).

This is because the Act addresses the twin constraints of small and marginal landholders: lack of adequate work within the village, particularly in the off-season for agriculture, and lack of capital for investment to develop and cultivate their lands. As with any government programme, MNREGA is not entirely reliable in terms of timely provision of employment and wage payments; small and marginal landholding families are in a better position than completely landless families to take the risk of banking on the scheme.

MNREGA participation is lower in areas with irrigation-intensive agriculture. Such agriculture is characterised by high labour requirement, wage rates and crop productivity. This shows that where agriculture is more remunerative and work availability is more, workers prefer to work in agriculture than in MNREGA. Other research has alluded to this point (Vakulabaranam 2011).

In terms of benefits from MNREGA, participants (landless agricultural workers/ small and marginal farmers) can secure a maximum income of Rs. 15,000 in a year in the form of wages at current daily wage rates in AP. In addition, small and marginal landholders can secure more than Rs. 100,000 in the form of investment (MNREGA asset creation on their lands). A major part of asset creation under MNREGA has been for the benefit of small and marginal farm holdings, particularly Scheduled Castes/ Scheduled Tribes (SC/ ST). Development of individual fallow land and land under cultivation together constitute around 25% of the total expenditure till date on MNREGA works in AP. Other major expenditure is related to development of water resources, common lands and other works that contribute to increasing productivity of farm lands. From the inception of the scheme and up to 2013-14, these kind of works constituted about 75% of the total number of MNREGA works as well as of expenditure, which amounted to around Rs. 200 billion (US$ 3.35 bn approx.). The positive impact of MNREGA investments on farming, land and water resources development is well established by field research conducted by reputed organisations like Council for Social Development, Indian Institute of Science, KPMG, National Institute of Rural Development, Sambodhi etc.

Thus, MNREGA wages and investments have led to enhancement of income and asset base of small and marginal farmers and have contributed to the sustainability and profitability of their farming. My field research and innumerable case studies by independent sources (KPMG 2012) as well as by the Department of Rural Development, Government of AP establish the transformation of a large number of small and marginal landholders from agricultural workers to farmers - materially, socially and psychologically. Therefore, the contention that MNREGA is harmful to the interests of farmers and the farming sector does not hold ground, as significant numbers of small and marginal farmers (constituting the majority (80%) of farmers) have benefited from MNREGA.

These findings compel a critical re-examination of the stereotype notions of ‘farmer’ and ‘labourer’. Certain socio-economic characteristics are typically associated with farmers in popular discourse - being predominantly male, of a dominant caste, medium to large landholding, having irrigation facilities, and growing paddy or other high-value crops. This category of farmers are relatively less in number but hold significant extent of land as well as political influence in their respective areas. They are increasingly limiting themselves to just owning lands. Either they excessively depend on wage labourers for cultivating their lands, or lease their lands to landless or small and marginal cultivators, or use the land for speculative market interests (land-use conversion/ real estate business). These are the sections that are making the most noise against MNREGA as their interests are affected by the withdrawal of landholding wage workers from the labour supply as well as from the competitive land lease market. Essentially the wage income and investment support from MNREGA makes the small and marginal landholders less dependent on the middle and big landholders and challenges the latter’s dominance in the rural society.

While there is a general reduction of labour supply in agriculture, the specific extent of reduction depends on factors such as availability of family labour for agriculture, non-farm employment besides MNREGA (remunerative and full-time), cropping pattern, land productivity, agro-climatic and other structural factors. Caste discrimination and strong urge for opportunities for self-respect and dignity among lower castes and other weaker sections also play an important role in making a choice, particularly by the youth of these communities. MNREGA is only an enabler, particularly for small and marginal landholders, as it complements their farm income and provides for start-up investments in agriculture. Programme-related progress data and various research studies (Ravi and Engler 2015, KPMG 2012) show that hardly any MNREGA works are undertaken during peak agricultural periods, as a majority (70-90%) of work days are generated in lean agriculture seasons when limited farm work is available.

The wage rates in agriculture appear ‘high’ but are actually only around the statutory minimum wage rate, given the stagnation in overall economies of scale of many crops, and high disparities in terms of productivity and profitability among crops. This disparity is because of variation across crops in terms of research, infrastructure and procurement support, availability and type of irrigation, cost of other inputs like seeds, fertilisers, pesticides, credit etc. There are many other ‘pull’ factors like construction activities in urban areas that are affecting the wage rates in agriculture (Gulati et al. 2013) and it is wrong to entirely blame MNREGA for the rise.

Should MNREGA works be linked to regular agricultural operations?

Financing regular agricultural operations through MNREGA may additionally benefit small and marginal farmers because they can then work in their own fields and get paid for it. However, if this is extended to all categories of landholders, it will be detrimental to landless agricultural workers as their choices for work will get restricted by clubbing the two work opportunities - agricultural wage work and MNREGA work - into one. This linkage in effect is a form of forced labour by the government towards marginalised sections in the society to work in the private lands of medium to big landholders. MNREGA has increased the bargaining power of agriculture workers, particularly women, to the extent of restoring their statutory right to minimum wages; they may forego this in case of the proposed linkage. We need to understand that agriculture work for wages is not a voluntary profession for anybody and it is only undertaken in absence of any other better alternatives. In India it is linked with caste oppression. The proposals to stop MNREGA or link MNREGA to agriculture comes from the thinking that insists on continued existence of agriculture labour as a class that comes from the marginalised sections of the society, and works at depressed wages. Further, in the event of the proposed linkage, a major part of the MNREGA funds are likely to be diverted and spent on the lands of wealthy, non-farm dependant and even absentee land owners.

Rather than taking these kinds of regressive steps, the government should strive to build on the achievements of the scheme. Through appropriate land reforms, they should work towards more progressive outcomes such as increased own-account farming, fewer landless agricultural labourers and absentee land owners or land owners with significant non-farm income. MNREGA has helped many landholding workers to move up the occupational and social ladder from wage workers to farmers. In the long run this upward mobility may even make MNREGA irrelevant for them. Provision of land to the landless agriculture workers by the government through land reforms would enable them to step on this transformative path.

Making the cultivation of small and marginal lands profitable and sustainable through appropriate agriculture policies would be another set of strategies. Agriculture should be perceived as a sustainable livelihood option that provides self-employment, dignity and food security to a majority, not as a feeding ground for profit-making by a few corporates and large landholders. It ought to be a collective venture of farmers at the village level in terms of sharing labour, preserving seeds, crop planning, marketing etc.; a holistic process involving livestock, fisheries, poultry, and so on. Solutions to the agriculture crisis lie more in the above initiatives rather than in MNREGA.