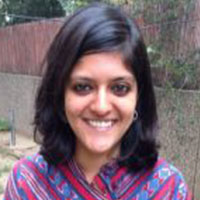 Amidst the emerging privacy concerns surrounding the success of Aadhaar and its integration in our day-to-day lives, Outline India conducted a survey in Delhi to understand people's reception of Aadhaar card, its perceived impact on their lives, and their thoughts on making the scheme mandatory to access government services and schemes.

The Aadhaar1card is widely touted as a game-changer for the Indian economy. In the seven years since its inception, it has generated over one billion digital identities, covering nearly 98% of the adult population of the country. Aadhaar cards have been promoted by the World Bank as a tool for social inclusion and garnered interest from countries such as Tunisia, Russia, and Morocco, who are looking to implement a similar model.

While its outreach is a clear indicator of operational success, little is known about how the Aadhaar card has improved quality of service provision in India, or how possession of an Aadhaar card affects citizens in their daily lives. Though the Aadhaar card remains a hotly contested issue, the purview of debate rarely moves beyond highlighting its potentially Orwellian nature, or the likelihood of privacy breaches. These concerns, while relevant, do not capture the day-to-day impact of the scheme.

To find out, we at Outline India conducted a survey2 of 800 respondents across Delhi, to gauge their reception of the Aadhaar card, its impact on their lives, and their thoughts on making it mandatory to access government services and schemes. This is the first effort to get rigorous data on the Aadhaar card’s impact on regular citizens. It should be pointed out that being an urban centre Delhi may be likely to have more positive responses.

If Aadhaar is indeed a game changer, what has it really changed according to the respondents?

Proponents of Aadhaar argue that it will enable good governance through unprecedented effective delivery of welfare services. This assertion is one that respondents largely agreed with: not only did an overwhelming 96% report that they have an Aadhaar card, we also found that when asked about perceptions of governmental policy or their impacts, the results were heavily skewed toward the positive end of the scale.

As one respondent stated, “I was able to get a bank account easily with one card”. Indeed, the increased financial inclusion emerges as the most frequently cited benefit from the Aadhaar card by respondents. This aspect has gained particular salience since demonetisation.

Has Aadhaar led to perceived improvements in access and accountability?

While a key benefit identified by respondents is minimising bureaucratic processes, the act of acquiring an Aadhaar card itself can be tedious. Several respondents reported waiting for months for its arrival and being caught in a no-man’s land in the meanwhile. Respondents also highlighted that it was particularly difficult to correct inaccuracies in the card, as this meant re-starting the application process. Some respondents even pointed out that while an Aadhaar card is intended to be free, they had to pay a middleman to obtain it.

Nevertheless, 87% of respondents considered it either very or somewhat easy to get an Aadhaar card even when they reported one of the above issues. This contradictory finding suggests that either respondents have low expectations on accessibility, or that they are buying into the dominant narrative of the successful implementation of the Aadhaar card.

Respondents are also optimistic that the Aadhaar card will make the government accountable to citizens. However, there were significant variations by profession – 80% of respondents who were employed in the formal sector believed that the Aadhaar card would make the government very accountable, while only 70% of respondents working in the informal sector were as enthusiastic.

What about privacy? Are respondents concerned about handing over their biometric data?

Most of the criticisms surrounding the Aadhaar card highlight its ramifications on individual privacy. In recent times, this issue particularly came to the fore when M.S. Dhoni’s Aadhaar details were leaked.

Yet, we found that respondents were not significantly concerned by this threat with only 2% stating that they are somewhat or very concerned about handing over their biometric data. However, those who did register concern were likely to be more educated. Evidently, the media coverage criticising Aadhaar for flouting individuals’ privacy has greater influence on the well-educated elite.

Do respondents believe the Aadhaar card should be mandatory?

Except for education-related schemes such as the mid-day meal and scholarships, respondents largely approved of the mandatory linkages established between Aadhaar and the provision of welfare amenities.

However, the response in this regard not uniform: we found that Muslim respondents in particular were less likely to be supportive of mandatory linkages between the Aadhaar card and welfare services. While these differences were not statistically significant, this suggests that Aadhaar’s reach may be hampered amongst marginalised social groups, who do not ‘buy in’ to the scheme, because they are suspicious of its motives.

Figure 3. Response to mandatory linkages to the Aadhaar card

Though Aadhaar has rarely strayed from the headlines over the last few months, the purview of debate has been limited to its political implications. However, this is a reductive analysis of its true impact, as it is ultimately the dynamics which play out at the ground level which will define this system. To this end, further research is necessary to explore the impact of Aadhaar. As of now, concerned citizens have sifted through the many claims of the Aadhaar card reducing service leakages and ensuring government accountability and transparency. Yet, these claims still need to be substantiated. Conversely, there have been cases reported where subsidies and services have been denied to the poor, in the absence of Aadhaar cards.

Nonetheless, our survey finds that respondents, in general are optimistic and are excited about the benefits Aadhaar will bring, particularly with regard to negotiating post-demonetisation India.

A version of this article has appeared in Hindu Business Line: h