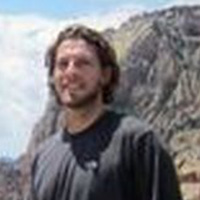 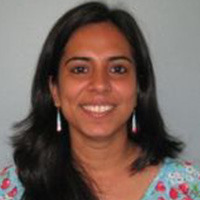 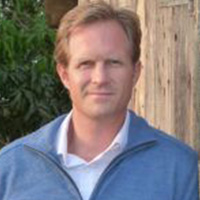 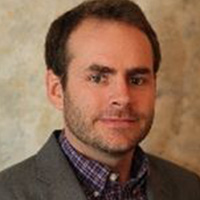 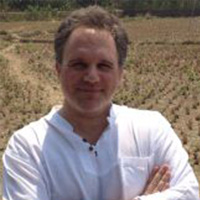 The Met Department has forecasted a below-normal monsoon in India this year. This column analyses the demand for a water-saving agricultural technology — laser land levelling — among farmers in Uttar Pradesh. It also discusses how such information can feed into the design of a novel approach to combining public subsidies with private service provision to encourage the technology’s uptake among small-scale, resource-poor farmers.

In many developing countries, governments use broad, unspecific subsidy programmes to encourage the uptake of new agricultural technologies by small-scale, resource-poor farmers. But without careful targeting and keen analysis of their cost-effectiveness, these subsidies are often inefficient uses of scarce public resources.

Formulating effective public programmes to support the introduction and uptake of new technologies depends on understanding how poor farmers value these new technologies, what factors affect this valuation, and whether the private sector can play a role in their provision. But farmers are a diverse group, and many different factors influence the value they place on new technologies. Finding out just what these influences are, and how they affect farmers’ decisions about whether or not to invest in the technology, is complex. 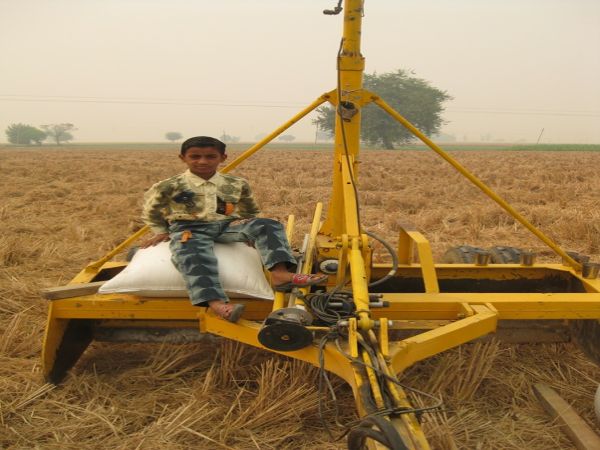 What are laser land levellers?

Farmers in the rice–wheat system of eastern UP typically rely on rainfall or groundwater to flood-irrigate their fields several times each season. But an uneven field (undulating, sloping or rutted) makes for inefficient use of water and of the energy required to bring it to the surface. To minimise this inefficiency, farmers traditionally level their plots using rudimentary tools, such as a wooden beam dragged behind a tractor.

LLL uses a laser-guided drag scraper to achieve a similar result, but with much greater accuracy. LLL can reduce the amount of water used for irrigation and improve crop establishment and growth, thereby enhancing fertiliser efficiency, reducing weed pressure, and increasing yields (Jat et al. 2006, 2009). These benefits may endure for several years before re-levelling is required, depending on the soil type and on cultivation and harvesting practices.

LLL may also generate important public benefits in the form of reduced depletion of groundwater, runoff of chemical inputs, consumption of diesel fuel, and the corresponding release of greenhouse gases. These benefits, combined with benefits to individual farmers, mean that LLL could broadly contribute to improving social welfare.

Our study set out to understand how demand for LLL varies spatially and across different types of farmers in eastern UP, and how this information can be used to design subsidy strategies that encourage LLL uptake, coverage, and private provision of custom-hired LLL services1 . Our study site included three districts in eastern UP where rice-wheat systems dominate the landscape: Maharajganj, Gorakhpur, and Deoria.

In total, 478 farmers in 24 villages were selected for the whole of the 14-month period during which data was collected (April 2011 to June 2012). In April and May 2011, information sessions with sample farmers in each village were convened to explain how LLL worked, what its benefits and drawbacks are, and how much custom-hired LLL services cost in other parts of India. Several days after these information sessions, a non-competitive auction was held in each village to determine how much participating farmers were willing to pay for LLL.

Farmers selected up to three plots they were interested in levelling, and then privately indicated whether they were willing to pay for levelling services at 10 different prices ranging from Rs. 250 to Rs. 800 per hour. A threshold price was then drawn from an envelope; those who bid at or above that price won the auction. Using a simple lottery, the project then randomly allocated LLL services on a pay-for-service basis to half of the auction-winning farmers.

Several weeks after the information session and auction, a private service provider contracted under the project arrived to level the selected farmers’ plots. Project staff accompanied the LLL teams to monitor their performance, collect data on the time required to level each plot and the costs incurred by the service provider, and record the payments made by farmers to the provider.

At the end of a complete agricultural year — one wheat crop and one rice crop — a second auction was conducted for LLL services with the same farmers. LLL services were again allocated on a pay-for-service basis, but this time without a lottery, so that all farmers who bid above a threshold price received LLL services.

We also conducted detailed household surveys with participating farmers to collect information about their household demographics, assets and wealth, farm production practices, water use, and other vital details. When combined, this information allows for the analysis of demand for the technology and variation in demand and benefits. It also allows for exploration of how public subsidies and market-based provision of LLL might interact to encourage LLL uptake and coverage.

Overall, we find that LLL reduced water use by 25% for farmers who received the service following the first auction — a finding that is consistent with agronomic experiments undertaken in the region. This reduction in water use amounts to average savings of nearly Rs. 400 (US$6.67 approx.) per acre. As a likely result of the gains being observed by many farmers participating in this study, demand for LLL services in the subsequent auction increased significantly at all price points.

Of course, not all farmers were willing to pay the same amount for LLL services. A number of household- and plot-level characteristics were associated with a farmer’s willingness to pay for LLL or the precise amount he/she was willing to pay. Household-level characteristics influencing these factors included overall wealth, access to credit, and willingness to take risk, while plot-level characteristics included plot size, whether the plot was owned or rented, how uneven the plot was, and soil type. Demand for LLL services also differed significantly across districts, with demand in Deoria district being higher than in the other two districts, possibly attributable to slightly different soil and ecological conditions and smaller plot sizes found in the district. Overall, the data suggested that demand for LLL services was sensitive to price: while less than 10% of the land in any district would be levelled using LLL at a full market price of Rs. 600 (US$10 approx.) per hour (as found in other parts of India), more than 50% of the land in any district would be levelled at half that price.

This opened the door for a series of simulations to better understand how public subsidies could be better targeted to encourage private provision of LLL services to a greater number of farmers or on a greater area of land. A starting place for these simulations was to consider the subsidies for LLL that many Indian states have recently introduced or are considering: a discount on the purchase price of an LLL unit that would translate roughly to an effective subsidy of Rs. 45–80 per hour in eastern UP. Using this figure as the benchmark for near-term public support for LLL, we tested targeted strategies to promote uptake of LLL that are comparable in total public cost to this subsidy level.

We then considered two objectives for these strategies: (1) reducing the amount of groundwater used for irrigation, and (2) improving the profitability and welfare of small-scale, resource-poor farmers. If policymakers are primarily concerned about excessive extraction of groundwater, then the primary objective of their targeting strategy should be to increase the area of land levelled by farmers using LLL. On the other hand, if policymakers are primarily concerned about farmer welfare, the main objective should be to increase the number of farmers using LLL.

We developed and simulated the impact of a range of cost-comparable targeting strategies, including:

These targeting strategies were assessed for their impact on: (1) total acreage under LLL; (2) total number of farmers adopting LLL; (3) total water savings attributable to LLL; (4) cost-effectiveness of bringing additional acres and farmers into LLL (subsidy cost per additional acre or farmer); and (5) a measure of economic welfare outcomes.

When compared with the status-quo strategy, the perfect-targeting and first-hour-discount strategies produced the largest increases in the percentage of farmers using LLL, the number of acres under LLL, and total estimated water savings due to LLL. From a welfare perspective, the first-hour-discount strategy also comes out ahead, generating greater consumer surplus than the current market strategy — that is, the farmers are able to buy LLL services for less than the highest price they would be willing to pay.

Although these conclusions are not immediately applicable to other similar technologies or states in India, they demonstrate the value of good information in designing and evaluating alternative marketing and subsidy strategies. The methodology and analysis in our study provide insight into the targeting considerations and tradeoffs associated with promoting a new technology among small-scale, resource-poor farmers through public subsidies, private discounts, or some combination of the two.